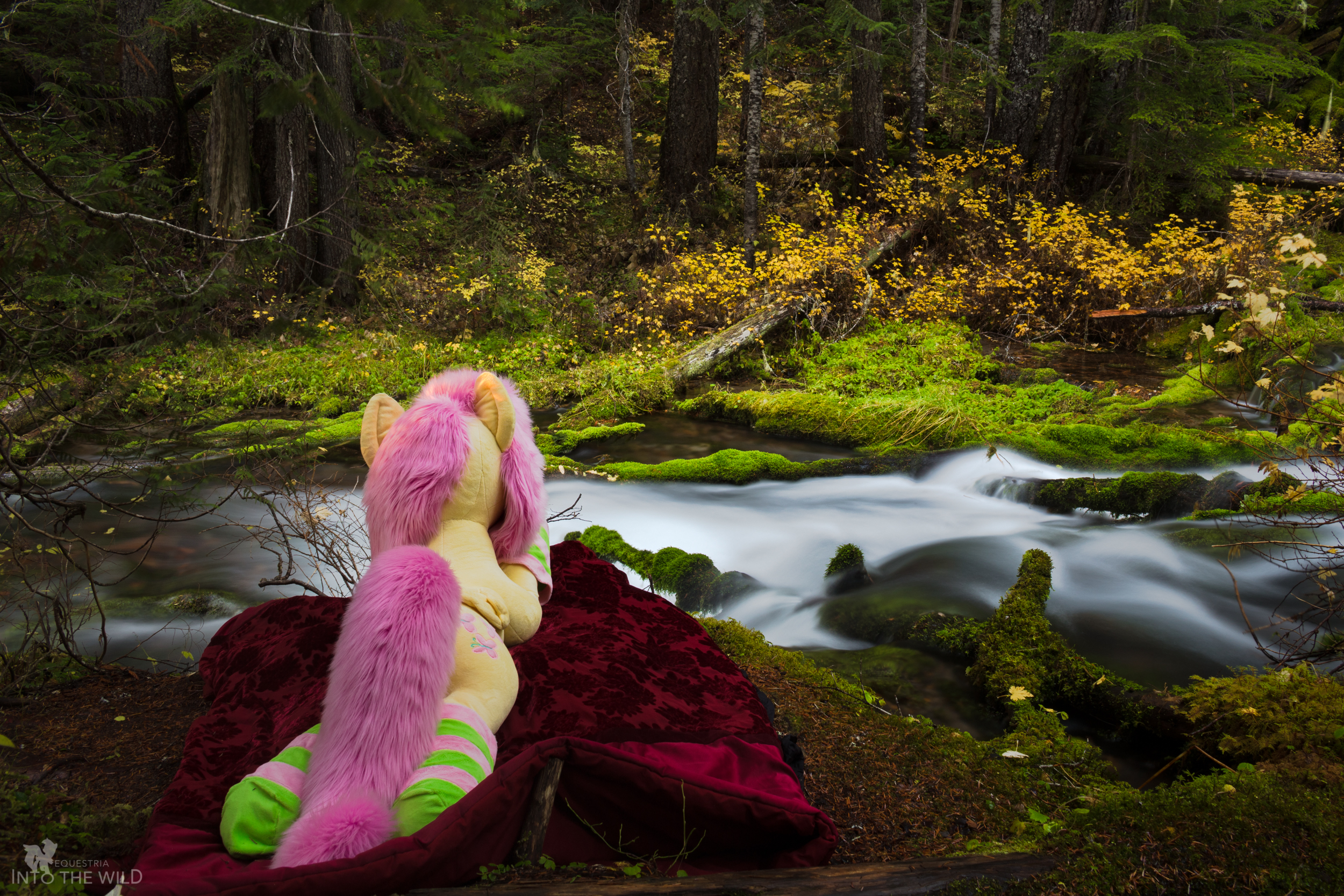 A blog by Flutterbattyyy in General

Over the past four years, I've been hiking and backpacking all over the west coast of North America, from California to the Canadian Rockies, filming and photographing the ponies along every crazy adventure. Based out of Portland, Oregon, I've brought the ponies hiking on more than 500 miles across rugged mountains, deserts, glaciers, canyonlands, ancient forests, lakes, volcanoes, rivers, and rugged coastlines. Based on the Ponies Around the World concept by Equestria Daily.

Look out for the completed film, Equestria: Into the Wild, coming out sometime in the next few years!

This blog is mainly a place for me to post about my recent adventures, film updates, tips, or general information about my travels or the E-ITW project. 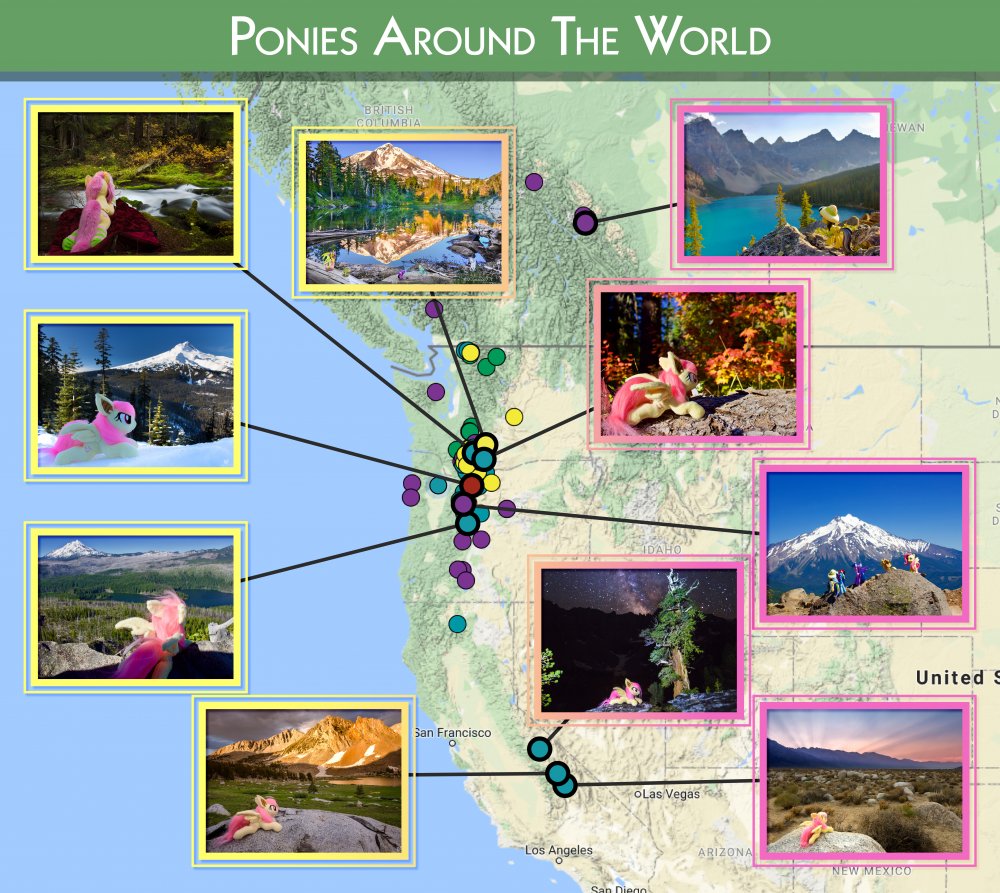 Ponies Around the World Discord Server

Prepping for Ponies Around the World / May 2017 Hiking Re-cap

So now that the summer of 2017 is in full swing, I have been hard at work getting to various places with my ponies. I also recently got a Flutterbat plush to take with me, so I'm excited for that!    But first, a few from last year. Just like the photo of Crystal Lake in the original post, this was taken from our campsite at Crystal Lake. The view is of Mount Adams' west face. The Daring Do engraved compass was bought at Everfree NW last year.     This was

From Thursday, June 16th to Saturday, June 18th, we backpacked into the Ancient Lakes in eastern Washington's Channeled Scablands region and made a 2-night basecamp to explore the area further.   We drove in from Oregon hoping to experience a little bit of what eastern Washington has to offer. It was beyond breathtaking!       Day 1: We hiked in from the lower trailhead up to Ancient Lakes to camp for two nights. We wanted to take the north cliffside trail, but d

Camping at the Sixteen Canyon trestle crossing       During the end of May, we backpacked along the Deschutes River Canyon via the Macks Canyon Trailhead. We hiked the southern end of the Deschutes River Trail, which is a rugged and rough trail following an old, abandoned railroad grade from around the 1910s (historical information on the Deschutes River railroad war). Many of the original rail ties can still be seen lying along the grade. The trail navigates around old trest

Pony Landscape Photography (Ponies Around the World Event for EQD)

"Another day, another dungeon!" –Daring Do. I have had a lifetime passion for the outdoors, hiking, and the mountains. That led me to create the "Pony Northwest: Ponies Around the World" video (a.k.a. 'Massive 2-year Pony Hiking Project,' as called by EQD). Later on, I organized the online brony hikers community, Everfree Hikers.   Combining my love for My Little Pony and hiking can be tricky (being seemingly unrelated subjects), but I found that bringing and taking photos of the pon

Stagman Ridge to the Bumper and Horseshoe Meadow (Mt Adams)

On July 26th, 2014, we hiked off-trail to the Bumper in the Mount Adams Wilderness and scrambled to the top. The Bumper is a prominent rocky knob on the west side of Mount Adams above the Pacific Crest Trail. The summit is 6,490 ft. high and offers superb views of Mount Adams craggy west face and its many hanging glaciers.   I have a new polarizer now, so this will be my first time trying it out. I already love it!           Opening image: The ponies soak

In mid-August, we hiked the Bird Creek Meadows Loop from Bird Lake, with a small side-trip to Hellroaring Overlook. This was our second visit to the incredibly beautiful Mount Adams Recreation Area. On our last visit, we hiked up to Iceberg Lake via the Bird Creek Meadows Trailhead, along the way passing Hellroaring Overlook and 30+ mountain goats. See that trip report here.   It was incredibly beautiful! We got to hike the loop in mid-August of 2015, just before the Cougar Creek Fire