Anytime I get a chance to gush about why I love my beloved Butterfly Butt, I take it! Seeming DashForever and ghostfacekiller39 did one for their respective fave ponies, figured I'd jump on the proverbial bandwagon. 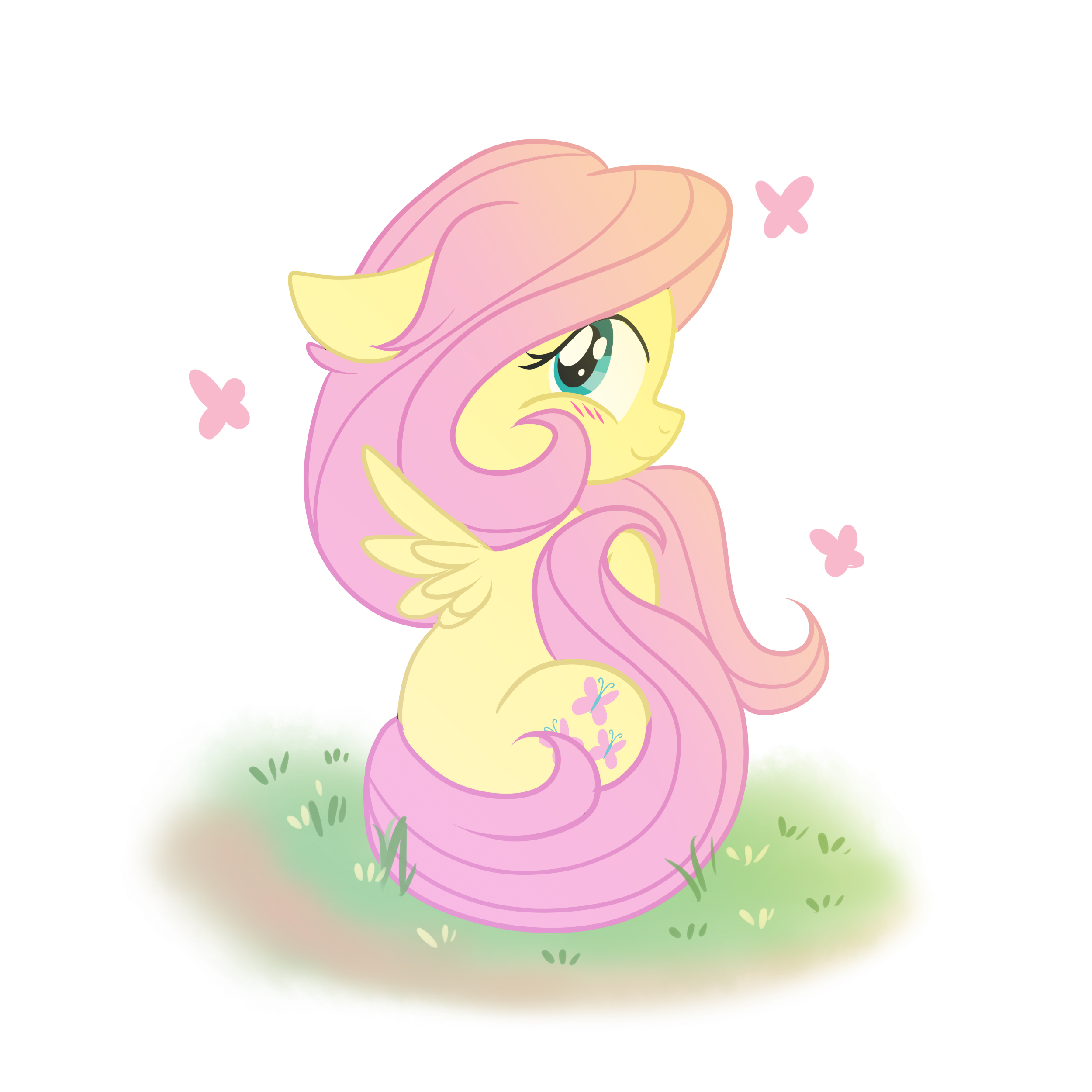 Alright. Let's get this train of adorableness going.

She's without a doubt one of the,if not most adorable of ponies. From her voluptuously flowing pink mane to her turquoise eyes of kindness.,Well, I guess that's just her head...BUT let's continue down to her ever so soft cuddly pastel yellow body. ...to her huge pink wonderful tail....and last but certainly not least her adorable butterfly butt. I just want to snuggle it all day and night. Her colour palette is just so wonderfully adorable. Right down to her various outfits such as her "Dangerous Mission Outfit" Or her Tree costume. I squee internally everytime I see her on screen.

Well, I guess it comes with the territory of element of Kindness. She loves tending to anypony, or anything. She'll help a total stranger, when other ponies walk by them. She's also helped what seemed like wild beasts, and then they go to mush in her hooves being real friendly. Like she said "Sometimes, you just need to show sompony a little kindness"

In her own way that is. now, you might not think this, when she's got the word "shy" in her name. But Look back. She stood up to a Dragon 1000x her own size, she even made him cry and apologize for what he did. What other pony has done THAT? I mean, that's pretty badass in my books. She's tamed the wildest of beasts. From a Manticore to an Orthros. She even gave the stare to a Cocatrice, as it was turning her to stone. She didn't give a flying feather about it, all she cared about was to get the Cocatrice to behave.

Now, these may have been a one episode things...but they ARE part of her canon character. Not anypony can say they've been turned into a Vampire Fruit bat pony by one of their friends. Flutterbat is easily my fave transformation of her. But can't forget Saddle Rager AKA Flutterhulk AKA You wouldn't like me when I'm angry. Along with her being turned into a Breezy to help the other Breezies get back home.

This, this is somewhat new of her. Even though she has been assertive in earlier episodes, it's been more prevalent come this season and last. She stood up to her friends in defending the Vampire Fruit Bats. She also told off Rarity about making the Ponytones into a Quintet, even though Fluttershy was a huge fan of them. She also refused to go see the dragon migration with Rainbow.She said no, because at the time, she didn't like dragons. Though she faced her fear of Dragons in "Dragonshy"

Again, something else you wouldn't expect of a pony like Fluttershy. She beat a bear into submission to ease his pain.She made a full grown dragon cry. She's also got her trademark "Stare"...Even I'm afraid of that. Like, when ever she uses it, the animals bend to her every whim. It's like a spell overcomes them or something. Her bat pony persona...that was also pretty badass, even though it was a one episode thing.

She was the only one to believe that Discord could be reformed....and she was right all along. Even though the rest of the mane 6 doubted her. Same with the Vampire Fruit bats. She defended them, in having faith that they would do no harm. and Fluttershy was right both times.

She's helped her friends out on numerous occasions, she's always willing to lend a hoof. After All, a true true friend helps a friend in need. She was ecstatic when she found out Rainbow wanted a pet, and Fluttershy gladly accepted her offer to help her find a pet. She also helped Rarity during "Castle Mane-ia" to restore the various banners and flags in Celestia and Luna's old castle. She also helped her in "Rarity Takes Manehattan" helping the other mane 6 make dresses for her...Even though Rarity over worked her.She helped Rainbow get her precious book in "Trade Ya" even though she essentially traded herself off for slavery....Which isn't cool Rainbow. In "The Magic Duel" even though she didn't want to at first, she snuck out in her "adorable "Dangerous Mission Outfit" that Rarity made, to get to Zecora to help stop Trixie. Fluttershy played a VERY important role in that episode. She's faithful to her friend still the dire end. She's always there.

I mean c'mon. She makes the cutest noises of anypony else. Video evidence.

Well, I guess that about sums it up for now. I'll be cheering her on at the World Cup as her lover and her obsessive fan that totally DOESN'T romantically fantasize about her all the time. I love my waifu. So any chance I have to write about her. I'll gladly take it.

See? she's happy I wrote this about her. I Love you Flutter butt!