Just a little disclaimer - I'm not bashing consoles. If you have a console, then that's fine. Have it. If it's your preferred choice. Really, I think what you get is a matter of preference. Contrary to popular belief in the PC gaming community, consoles do have advantages. That said, let's move on.

I’m really not too impressed with anyone’s offerings in terms of consoles. The one that comes closest to impressing me is the PS4, and I’m still sort of…eh…about it. Have I become jaded to the next generation’s graphical capabilities because I game on PC? Probably. Don’t get me wrong. I’m no elitist. You’ll never catch me using the term “console peasant” because my attitude is simply to get what works for you and don’t try to tell someone else they’re wrong for having something different. Convince, but don’t condescend. That said, I’ve heard people have been complaining about the new generation of consoles because they’re already dated or underpowered. But if you’re a console gamer, I want you to ask yourself a question:

Do you want an affordable console? Or do you want something that will give mid- to lower high end PC’s a run for their money? You can’t have both.

In the past, having a console with superior hardware, but putting a price tag over $500 on it has been unsuccessful. Need proof? Look at the seventh generation. And discount the Wii here because that one is something everyone got because it was cheap and it had the motion control gimmick. Now, I would go as far to say that most Wii consoles serve primarily as dust collectors. Mine does. But it’s probably fair to say that the Xbox 360 won the seventh generation hands down, despite the PS3 catching its second wind later on and I believe it had a lot to do with two things: relatively subpar launch titles and its price point. I wasn’t as into tech in 2006 as I am today and I didn’t even know there were such things as gaming PC’s. I thought video games belonged to those who made home consoles. Goes to show how much I knew back then. But even when I was 14 and the PS3 was being launched and I heard it could put you back up to $600, I was curious as to why anyone would spend that kind of money on a PlayStation. Especially when the PlayStation 2 launched at half that and the top end Xbox 360 of the time was only $400. Unless the games and the experience were just that superior, I couldn’t ever justify that kind of money. And look at the launches of the Xbox 360 and PS3 respectively. The 360 started off well while the PlayStation 3 was just unaffordable. Sony had to come down on their price so much that they were losing money every time a PS3 was sold just to make it a relevant console. Of course there were other reasons (like subpar launch titles, funky architecture that backfired on them, and so forth), but I think Sony learned from that.

I actually like the PS4. I’m not awed by its graphical capabilities, but I like what Sony did. I think Microsoft felt like they were the king so they started doing all this stupid crap like the Kinect, voice control, inferior hardware but premium price tag, DRM, requiring an internet connection to play games and so forth…it all backfired and MS responded to what they could accordingly. But the damage had been done. They just got too much bad publicity. I also think the main weakness of the Xbox is how it tries to do everything all in one box while maintaining relative affordability. Essentially “jack of all trades, master of none.” I wouldn’t pay $500 for a gaming console so it could run a dumbed down version of Windows 8. With digital distribution catching on, the meager 500 gigs in the HDD will be eaten up fairly quickly with a decent sized library. If you use the DVR function, you better swap it for at least 1TB.

And that’s another reason I really like the PS4. And the PS3. User-replaceable hard drives. And it’s not a funky hard drive like the Xbox 360 had. It’s a standard run-of-the-mill laptop hard drive. Sony’s support site even has a detailed guide for replacing your PS4 hard drive in case you ever want a huge library of digital content. Or if you want to SSD it, that’s an option available to you.

What I’ve been hearing about is that the 8th generation feels like catch up. It doesn’t feel like a huge step forward like the previous generation was. When I saw the graphics on one of the 7th generation consoles for the first time, I was blown away. And my reaction to the new ones is probably because I was doing 1080p 60fps for a while before the new consoles got their releases. But even so, 1080p is not a new standard. We’ve had 1080p for a while now. The PS3’s operating system can run in 1080p and plays Full HD movies, and it even has a few games that can run in 1080p. So these new consoles come in at a weird time when 1080p is beginning to become obsolete and 1440p and 4K is starting to take off because GPUs that can support that are becoming more affordable. There’s no way the new consoles can support 1440p without taking a hit to their framerates, which has been a saving grace to the new consoles. The games move like butter compared to the jerky 30fps of last generation. And I feel like 1440p will become mainstream in the next two years with 4K following not too distantly behind. I feel like these consoles will become irrelevant within the next 5 years, and that’s sad considering the previous generation (excluding the Wii) was very relevant all the way to the end. And that generation lasted 7 or 8 years.

I could be wrong, and if I am, I will gladly eat my words.

Right now, I don’t have any of the new consoles. My brother recently got a PS4 and I've played around with it so I have seen what it's capable of firsthand. I still have my old PS3 which I hardly play anymore. If I do it’s probably GTA 5. I also watch movies on it. It’s not a bad media player. If I were to get one, it’s definitely a PS4. It’s less expensive and it does what it’s supposed to do better than the Xbox. And hell, for a $400 box, it’s actually damn good. It gives my PC a run for its money, and I’ve got about $900 in it. The Xbox just tries too hard to be a PC. PC’s are more expensive than consoles because they are the jack of all trades. The difference is that they are also the master of them all as well. A good gaming PC will also surf the web, type up documents, create presentations, store and play media, manage your other devices (like your iPod and your cell phone), create music, create videos, make Skype calls, and hell – if you want to add a TV tuner card to it, you can even use it as a DVR for cable and OTA TV. And if you have good parts, it will do all of those things and it will do them well.

I’m not saying that custom building is better for everyone. PCs are bigger, louder, consume more electricity (it takes more power to have more power), can be pretty high maintenance, can have compatibility issues because they’re so diverse (a lot like apps for Android), they can set you back more than the cost 2 Xbox consoles (once you consider all your PC’s peripherals like monitors, speakers, webcam, keyboard and mosue, headset, etc), so much can go wrong during a build, BSOD, and other things I probably failed to mention. PC’s aren’t perfect. There are downsides. But there’s a reason we spend more on our PC’s. We expect more out of them. All I expect from a gaming console is for it to play video games. I don’t care if it doesn’t play music or movies or make Skype calls or record the football game. If it plays video games and does a fantastic job of it, that’s all I expect from it.

And really, that’s the sentiment I have towards consoles as a whole. Most people already use their laptops or tablets for most things the Xbox One does. It’s so bloated with features that are just best left to other devices. A gaming console’s primary focus should be gaming, not all that other crap the Xbox One tries to do. If Microsoft had put more of their R&D dollars into a purer gaming experience, left out Kinect and just made it a $100 accessory, made the Xbox One prettier to look at (because really, it’s uglier than a VCR), and put superior hardware into the Xbox One, I think a $500 price point would have been acceptable. Or if they wanted to match Sony’s price, I feel like the Xbox could be outperforming the PS4 by a long shot by now.

And even if I think the PS4 is far superior to the Xbox One, I still believe the 9th generation will be rushed in much sooner than any of the Big 3 expected at first. I give it until late 2016 or early 2017 and 1440p will be mainstream if 4K isn’t by then. Everybody is going to be running like chickens with their heads cut off trying to satisfy the demand for higher resolution capabilities of their systems unless they don’t mind losing a lot of loyal customers to PCs, which are already doing 1440p and 4K. So they will have to have to create something that tops this generation and probably do it in less time. I give it until 2019 and the current consoles will just be so obsolete that they will pretty much be forced to rush in the 9th generation. If they don’t, I feel like they will begin losing all their big 3rd party developers to the PC market. If that happens, the consumer won’t be far behind. Nintendo will end up like Sega – nothing more than a name for their first party titles like Pokemon, Mario, and Zelda. Sony and Microsoft will end up selling off the PlayStation and Xbox divisions to someone else. And who knows what will become of that? If consoles do become irrelevant, the only company that stands a chance of remaining is Microsoft. Sony missed the MP3 bandwagon and now the Walkman is irrelevant having lost out to the iPod. And nobody is buying Sony TVs, stereos, and other stuff anymore. The PlayStation is probably Sony’s biggest revenue generator right now. Microsoft will still have Windows, which commands a huge share of the PC market, so I don’t think Microsoft is going anywhere in the near future. Not until Linux distros get more compatibility and more general consumers begin using Linux. This probably won’t happen until we get a lot of AAA games on Linux.

By the way, if that happens, it will only help the PC market. Windows 8 Pro is still $160 and building a Hackintosh is a little more involved. So if Linux catches on, you can save $160 on your PC build. Or you have an extra $160 to invest into your build. I would hope this happens one day as I would love to use Ubuntu again.

Anyway I’ve gone on long enough and nobody will probably stick around all the way til the end. If you have, here’s a cookie. 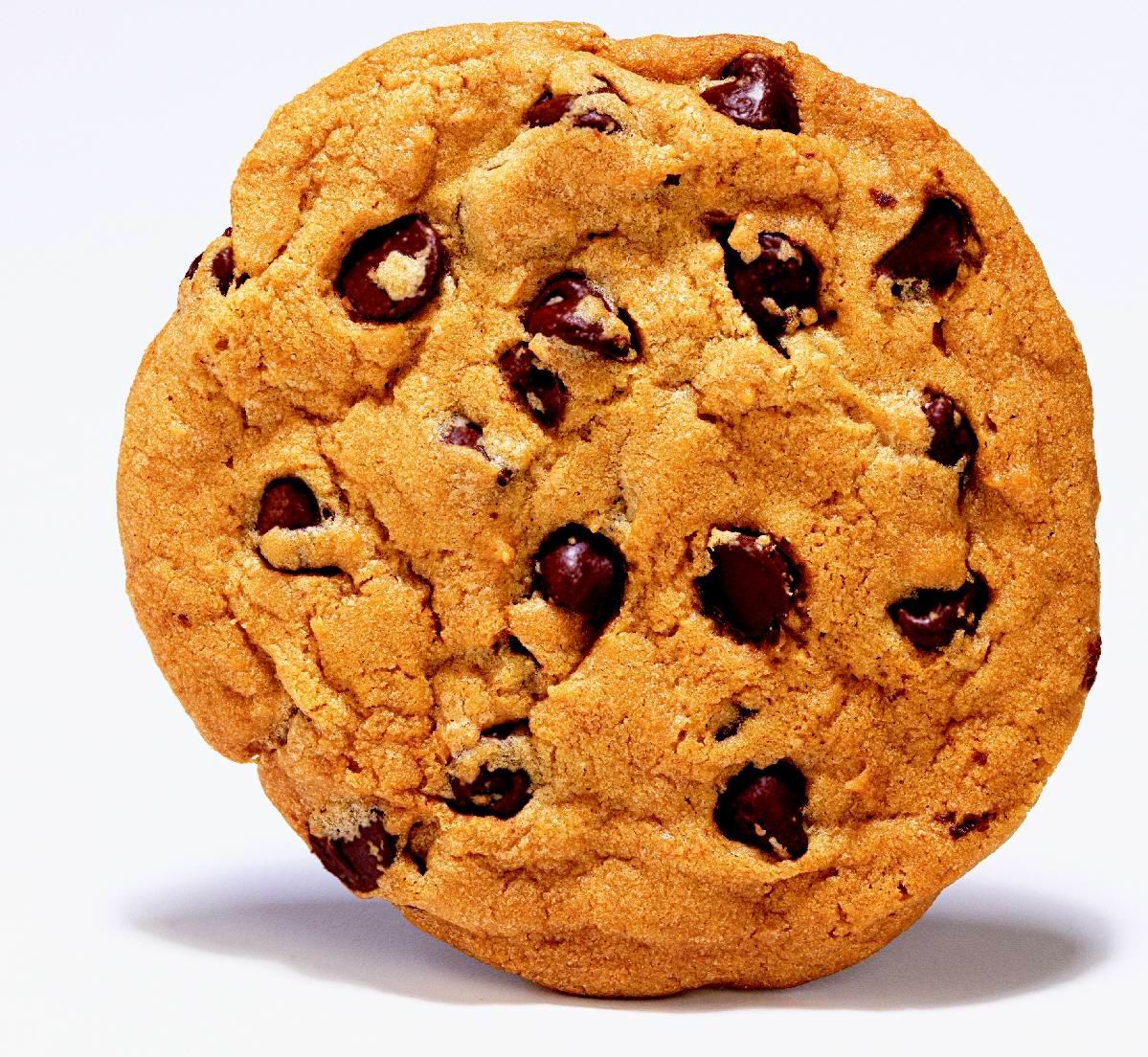