Want to see just a quick summary? Check out the Final Verdict for that and my rating!

*This is a review only for the Xbox One version of Minecraft. 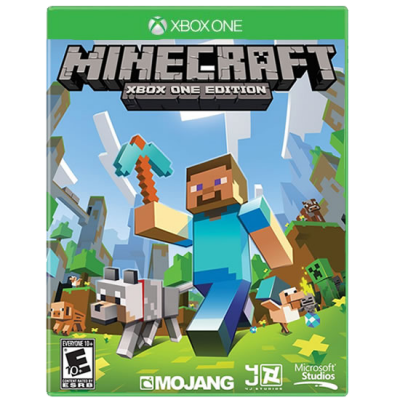 Minecraft is now a gaming phenomenon. It's simple yet immensely deep and rewarding premise has won over many people and it's success has been one of the fastest in gaming history and it is not slowing down. Having it's start on PC, Minecraft has been ported over to consoles by 4J Studios and now it makes it's next gen console debut on the Xbox One. Prepare for a good time.

Minecraft, as many may know, is a game about breaking blocks and using them to build. What do you build? Anything you can think of. The game features two modes, creative and survival. In creative mode, you have unlimited resources for any kind of block and you can fly and move really fast through the world. This is for anyone that wants to just build to their heart's content. The other mode, Survival, has you spawn into the world with no resources to start with, you must gather these and build tools and many other things to stay alive, defeating enemies along the way. This is by far my preferred mode but each one is great for any type of player. 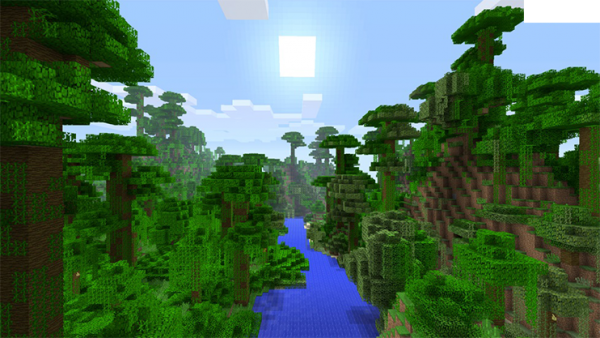 This forest is one of the many biomes in the game

The game uses randomly generated worlds, with near infinite possibilities. You can have the game generate a world for you randomly or you can put in a specific map seed to generate the world. This adds near infinite replayability as no two worlds are built the same. Like many other versions, the worlds here are not 'infinite' as they are in the PC and now mobile versions, this is due to save file limitations. However, the world size is drastically enlarged compared to the PS3 and 360 versions. Finding the 'edge of the world' is much, much harder to do here and given the massive size, them not being 'infinite' doesn't really matter.

Another big improvement for this version is the draw distance. The overall view distance is much improved just like the world size. You can see for a far greater area with far less object popping into the world off in the distance. It is great to see an improvement on this and it really helps with exploring and keeping track of where you are. 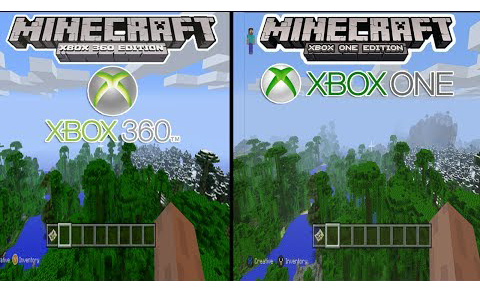 Speaking of keeping track, this is where the one flaw of this version comes to mind. In the last gen versions, you had a map that would help you keep track of where you have explored and show your coordinates. In the 360/PS3 version, once you hit the edge of the world, that is the edge of the map and you stop. On the next gen versions however, the map is not accustomed to the much larger world size. Once you hit the edge, your character icon on the map changes shape and you keep moving, but the map shows you have hit the 'edge', or what would be the edge in the 360 version. It isn't a game breaker, it just requires more attention to be given to the coordinates, I just wish this was changed somehow as it can be really easy to lose your place if you travel really far.

The graphics are exactly what you expect, the classic and wonderful blocky look is here and it is only in a higher resolution. It is still as appealing as ever and the console texture packs are all here if you want to change it up. The Natural pack is my favorite of these.

Some criticize the look of the game, but that is not a fair complaint as the graphics serve the gameplay perfectly and have a wonderful charm to them. I would not have it any other way.

The music is another aspect of this game that is absolutely superb. The music is mostly piano and synths and the tracks here are all relaxing, and go with the tone of the game. This is some of the most wonderful in game music in my opinion. There are a few new tracks that go along with this theme well, though one of them is kinda loud in spots. 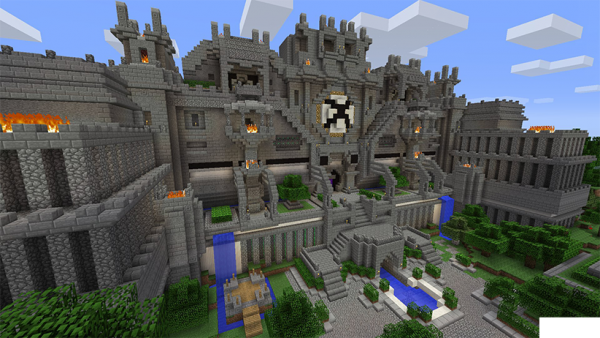 Note: I have never made anything like this, but you probably can

There is also multiplayer here, up to 8 players online and 4 player Splitscreen like the last gen versions, 4J has plans to increase the online player count as they weren't able to implement this at launch. The Splitscreen multiplayer is wonderful and it is one of my favorite aspect of the game. Having an adventure in Survival mode with a friend is always fun.

There is just so much to do and so much to see. Whether it is finding rare materials underground, finding a dungeon or an abandoned mine, or just building a cozy shelter in a snowy land, there are just so many possibilities for adventure. 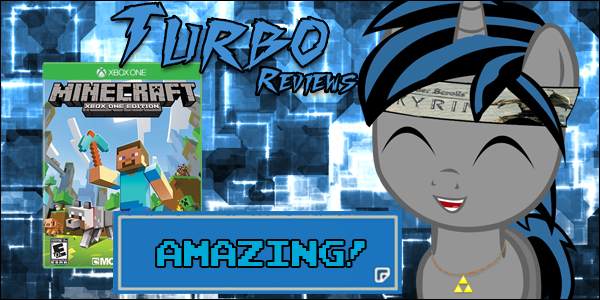 I think you all saw this coming. Minecraft was already an amazing game that is just as wonderful here. The improved draw distanced and massively increased world size is more than enough reason to jump to the next gen if you play Minecraft primarily on consoles. Things like mods and custom servers are not present here, but 4J Studios have been discussing custom servers. The game provides near infinite replayability if you have a goal in mind, incredibly relaxing music and atmosphere, and Lego-like building that never gets old. If you haven't played Minecraft before, I highly suggest giving it a try.

+Both creative and survival modes

-The enemy mobs are kinda irritating