Want just a quick summary? Go to the Final Verdict for that and my rating! 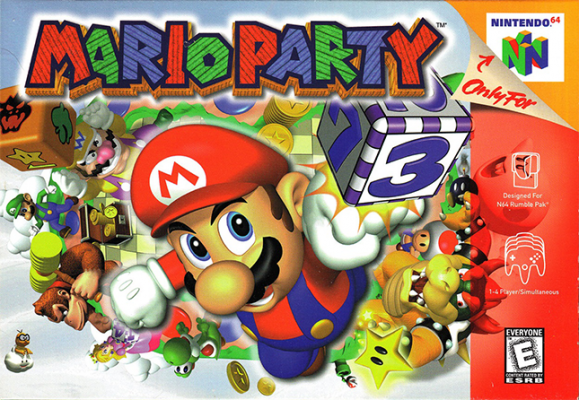 Mario Party was a strange yet interesting release when it launched. A board game stringed together by a bunch of mini-games starring Mario characters? That actually sounds awesome! Well, it is actually kinda cool. Now it has become a franchise with over 10 games in the series. Let's see how the first outing fares!

In Mario Party, you go through differently themed 'boards', compete against others in mini-games, and collect coins and stars to become the next Superstar! Apparently becoming the Superstar is the main point of the story. 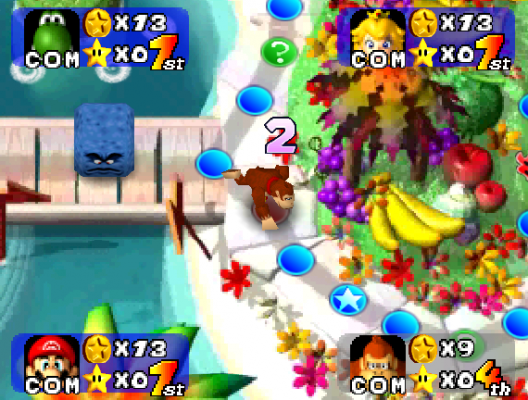 The main place to do this is in the standard Adventure mode, where you pick your stage, turns, characters and so on. This is the standard go to mode for the goal of Superstardom. You can pick from 6 characters in the Mario universe, Mario, Luigi, Peach, Yoshi, DK, and Wario, which some oddly enough have their Japan only voices used here. Compared to the newer games, it is a small roster but it was awesome for the time. This mode overall is pretty fun to me, though a couple more stages would have been nice. looking back there wasn't that many overall. You also run into different obstacles on the board depending on its theme, Bowser and a Boo are always on these boards. Bowser exists to make your life miserable and Boo is there to be your personal thief, stealing coins and maybe even stars for you. The overall variety of the boards themselves is good.

Beyond the standard Adventure, you have a Quest mode, where you go through set locations, completing Mini-games along a path with a limited number of lives, which coins from the games give. Surprisingly, this mode is pretty well done as it takes you to many locations and has a good variety of the games, which gradually get pretty hard. I'd say this mode is just as good as the Adventure mode and actually better if you are a solo player.

Beyond this, there is a shop to buy things with your earned coins, a Mini-game hut to buy mini-games and play any of them as you like, an options area, and..thats kinda it. The game does seem like it has a lack of content but overall the replaybility can make up for that, mainly due to multiplayer. 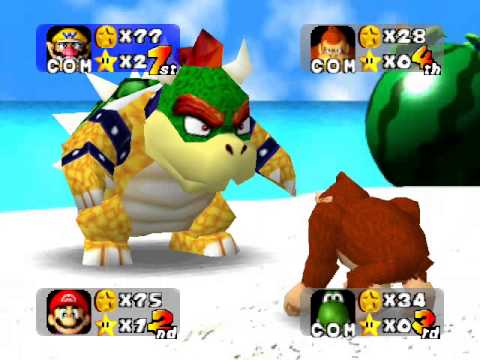 Bowser exists to do one thing: Make you all miserable

The mini-games themselves are the meat of Mario Party and they range from fun to meh to ugh. There are games for tracing objects, shaping a Bowser face to match the center, Shy-Guy says and many more. Even if some of the games are hit or miss, there definitely is a good variety here that cannot be overlooked. There are 4-player games, 2vs2 games, 1 Player only, and 3vs1 games that further add to the variety, though there are not near as many games for the last three, the 4 player games received the most attention for obvious reasons.

Speaking of 4 players, this game can be played with up to 3 other players and multiplayer is where the game really begins to shine. It is clear that this was intended. Playing alone is nowhere near as fun as playing with others though this game has a history of creating bitterness between players at times, it can definitely do that.

The game just needed a couple more modes centered around the Party aspect and more games for the other categories, such as 2vs2 and so on. 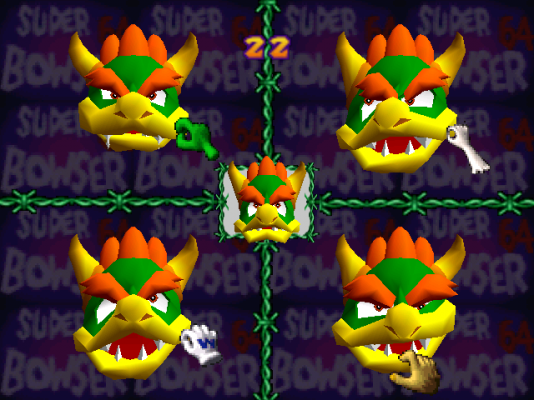 Face Lift was always one of my favorite mini-games

The graphics and sound get the job done. The graphics themselves don't have the same shine as say Super Mario 64 but they aren't bad at all. The sound fares a bit better though with very catchy melodies in the games and for the worlds, though no real classic Mario tunes are present for some reason, except for when getting a 1-UP. 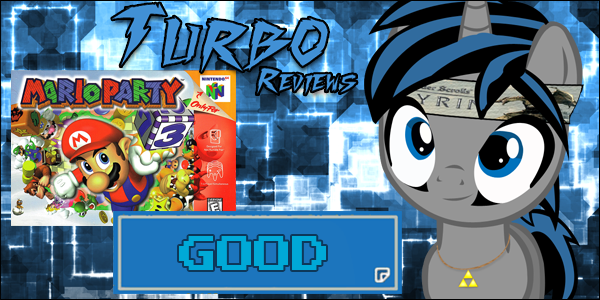 Mario Party was a neat little surprise when it was released. The idea of a mini-game filled board game with Mario characters is a lot more fun than many would have guessed. The good variety in the boards and mini-games are well done for the series first outing, though some games are hit and miss and I really wish more non-4 player free for all games were implemented and more modes based around the actual party aspect. If you want a good game to play with a buddy, this might be a nice time waster, but luckily the Quest mode is competent enough for a single player experience as well. I still recommend playing it with a buddy or two though. This was definitely a good start to what would be a massive series and inspired other companies to take their turn in the genre.

+Boards are creative and unique

+Quest mode is surprisingly fun, for the most part

-Some games are frustrating

Liked this review? Be sure to follow this blog to be notified for every new review!