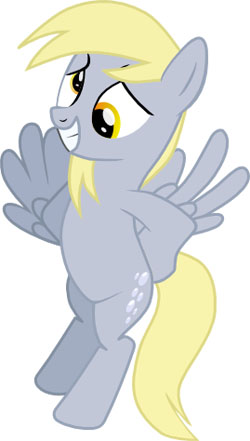 Hy its me again, Dune Gosbil ! ...and its time to reveal even more of my dark internet past today

As ive said in the first part, i got bored by posting in the little inactive Forums on Forencity so i began to find bigger and more active sites.

Because of my search for Videogame helping posts i found after a little search, a very big media Forum called Forumla.

I had registered me right away and was so excited to finally post with other people.

But after my terrible first experience with posting

Chapter 1 - Every beginning is hard.

My first name on Forumla was " Z.F. NO NAME " ( sry if this sounds familiar to you

and was standing for " Zukünftiger Firma NO NAME " which means in english : Future Company No Name.Because i wanted to call my posts and drawing production like this...for some reason...

I have chosen the name Z. F. No Name since No Name was already created.

Well the first thing i did wrong was by mistake.

I was trying to help people with horror game problems, but i hadnt really found that much treads about my videogames so i just answered what ive found.

By doing that, i have reanimated very old topics that was made years ago, so in much cases my answer didnt made a sense at all.

By that time many Users had asked me, why im response to undead topics and that i should stop that, because it annoyed people for some reason and was counted as post counter spamming.

The Second thing i made wrong, was my first self created tread.

Ive made a Video Game tread about Battle Arena Toshinden and posted it in the tech category...which was wrong of course

Also the title said : Collest Game Ever, and it didnt even include the game title.Better yet, even in the post itself i have forgotten to mention the game and ive only posted what a surprise that game was and that ive found it better than most other games.

My first response ive ever got was this :

" Wow, you made everything wrong what you possibly could...i think you deserve an award! "

Of course since i was a kid i got butthurt and commented back that this was my first post and that he should shut up since the game was very good, this time apologizing that ive forgot to mention the title.

Of couse i didnt get that ive posted in the wrong category after all.So he commented back and told me even more, what a little kid i was and that i just should delete my posts.I just got more angry and started a comment chain with him.At some point he deleted all his posts so that it seems that i was talking to myself, a mod came to the tread and i got my first warning and my first warning points.

Of course i made everything wrong again

First the tread was about Tekken 4 not Tekken 1 and second, i have said that Battle Arena Toshinden for the ps1 was way better than Tekken 4 and third, i had said that Tekken 4 was shit.So, alot of people got angry at me...

And it got worse.

I just thought that every Mod and user was against me and in my opinion back that day, their were just rude and arrogant.So i was talking some...well not so nice things..

and posted in the general talk tread.So to make it short, many people if not almost all hated me or disliked me and i got popular as a troll.Also i was muted for a few months...

Of course i didnt read the rules and didnt care and simply created a second account : " Creature of the Night " also known in some Forums simply as " C.O.T.N. " ( again, im terribly sorry if the names sounds familiar

In the next few days i even got more of a troll without noticing it.First i continued to reanimate old treads and post many foren games since i was bored.

If i didnt get a answer back in one day, i had posted a second post, which was forbidden of course since it was double posting.I didnt now it was forbidden since in the market place it was allowed to push treads.

To get attention i posted many answers in other forengame treads like the " what was your last drink? " and continued posting " drinking Cola " or " still drinking cola " or " wow what a surprise, i did it again! " .I guess i dont have to say that my posts were not a good thing...

I got in the Chats very late at night and since most of the users were older and adults they sometimes talked about things like sex or other adult jokes which i as a kid found strange and disgusting. I even tried to report them and was telling them that they should stop.

Their explained that i was only a kid and would understand it later if i would getting older.I found that this was just an insult that i might become also disgusting and continued by telling them to stop ruining the chat.

By that time i had surpisingly made some friends because of my Video Game advices and the helping and that a few people liked my foren games.

But that was also the time i got muted again, got alot of private mails which said not so nice things about me and almost half the stuff team from Forumla had me on their list.

But after all, that was it for this post.

Both my muted accounts got back to life, the creating of more accounts and my sister joins the Forum, double fun!

But some users bullied her so i got angry and a really big war was coming to the forum...

Thanks for reading trough that novel

( and sry for terrible english )

Keep in mind i was a kid back then, and wasnt very smart... or nice...