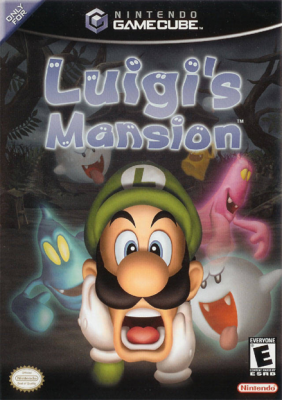 Oh Luigi's Mansion, what a classic we have here. Well, surprisingly it wasn't that way when it released. Upon the immanent release of the Nintendo GameCube, you can tell many were excited for the new generation of Nintendo, especially after the masterpieces of Ocarina of Time, Goldeneye, and of course, Mario 64, just to name a few. Many were expecting a wonderful new Mario platformer to accompany the launch of the purple cube of games. We did not get that though. Instead, we got a totally different game. It was not a Mario game, but a Luigi game. Not only was it not a Mario game, it was not a platformer. It instead was a puzzle/exploration game with ghost busting. Many were disappointed at the time. Me? I loved it! 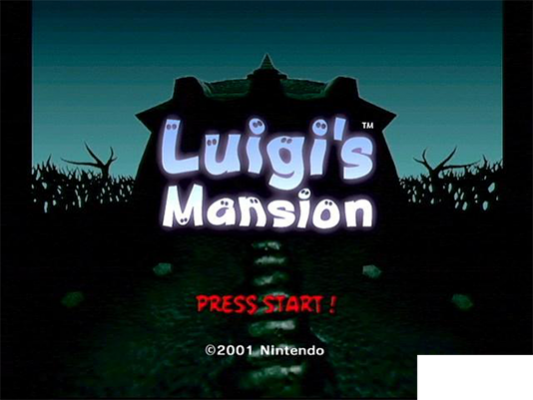 Luigi's Mansion has you playing as Luigi who finally gets the spotlight. He mysteriously wins a mansion for no reason and upon entering it, it is filled with ghosts! He meets Professor Egad who gives him the trusty Poltergust 3000 and from there, the real game begins.

You control Luigi as you explore this mansion. As you do, you will run into ghosts which are your main problems. Most areas have ghosts that must be defeated in order to progress. To do this, you just flash your light on most of them and suck them up with your vacuum. This is the most common gameplay aspect and for how different it is, it is quite fun. There are a different variety of ghosts throughout that require different methods of capture and even boos later on. You also obtain different power ups for the Poltergust that are used to catch more specific types.

Beyond this you also have puzzle elements where you have to get certain keys to unlock certain doors, lighting up certain areas and so on. It is not immensely difficult by any means but it still challenges your brain a bit on what to do next. On top of the regular ghosts and the boos, the other large aspect are the boss ghosts. These are ghosts that have way more health than the regular ghosts and require specific conditions to be met for them to appear and to even capture. Each one has a specific theme and I found these to be one of the more fun parts to the game, figuring out how they are captured and finally defeating them is oh so satisfying. Some are even real boss fights where you must catch the ghost but also survive. 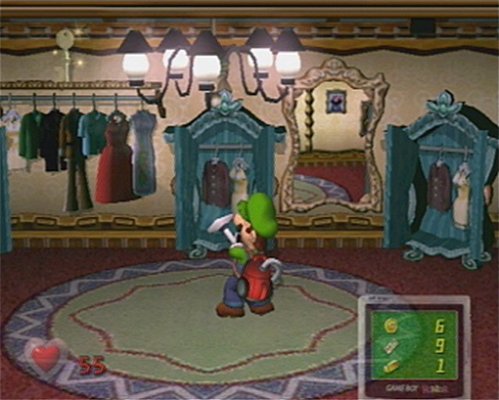 Throughout the game you will also be collecting money and a lot of it. As you open certain areas, chests, objects, whatever, you may get money which comes in the form of bills, coins, and gold blocks, as well as pearls that you get from the boss ghosts. While at first this may not seem like much, collecting this money is quite fun and I love that they included an overarching collecting aspect to the game. The amount of money you have at the end determines a certain aspect that I won't spoil here. This whole aspect actually reminds me a lot of a Wario Land game which is a pretty good comparison to have. This was a part of the game that I did not expect but ended up really enjoying.

The game's visual and sound areas are immensely charming. The graphics at the time were amazing and they actually still hold up in certain ways. The expressive character models and the overall look have that distinct Mario feel while also matching the not-so-Mario adventure. The texturing also holds up well in a lot of ways, many things do not have that kinda fuzzy look that many of the early PS2 games had. The sound is delightful as well. The sounds of the characters and ghosts are all distinct and while some might be annoying, the sound design here is also very Mario-like in a very good way. The music is one of the best aspect of this game in my opinion, as it uses many creepy-vibe tunes that are very cartoonish but match the atmosphere oh so perfectly. 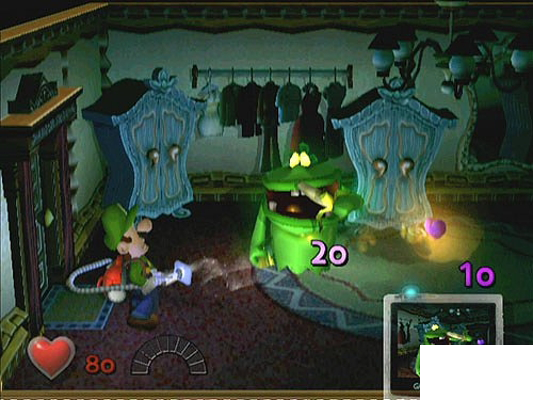 My only real gripe with the game is the overall length. This game is actually pretty short and can most likely be beaten in just a few short sittings. There are many different hidden rooms and things to find but they still don't add a whole lot to the play time. This really is a testament to how fun the game is though, I wanted more! 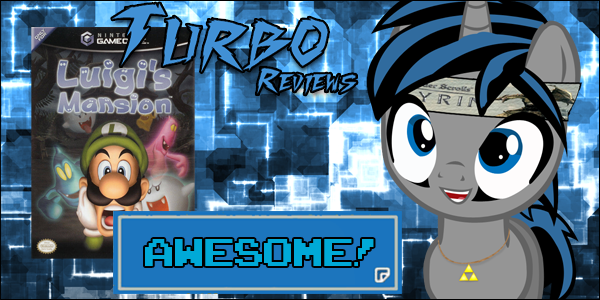 Luigi's Mansion was a game that many may not have wanted but ended up loving, like I did. The game oozes in that Nintendo charm with its visuals and even it's gameplay. Catching ghosts and progressing through the game as you unravel the mystery is a very sat sifting experience. The overarching money collecting aspect is also a very nice touch as well as the boss fights. The overall lack of length and content is a bummer, but not enough to dampen the experience. It may not be a Luigi Platformer, but might be just as wonderful.

+Vibrant and atmospheric visuals that have charm

+The boss ghosts are great for the most part

Thank you for reading this week's Turbo Review! If you enjoyed it, feel free to follow Turbo Review's for notifications for every new review!