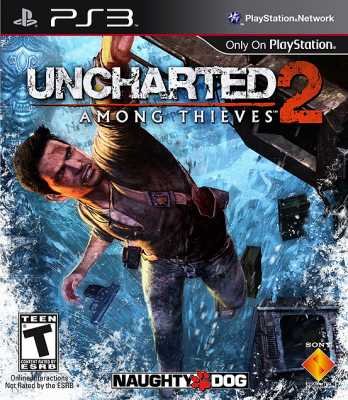 Uncharted Drake's Fortune was a title that took many by surprise when it first released in 2008. It had charm, some interesting gameplay elements and very good graphics. It was a good title in a sea of not so good titles at the time for the PS3, even though I was not overly fond with this particular game. Uncharted ended up getting a sequel though in the following year and it quickly became one of my favorite video game experiences of all time. The first level in the entire game will set the tone for one of gaming's greatest adventures.

Uncharted 2 has you playing as Nathan Drake (voiced by Nolan North), like the first game. He is a cocky, sarcastic, and witty treasure hunter that is an expert at breaking into places and being a smartass while doing it. In this game he (as well as a couple of partners) are trying to find the lost fleet of Marco Polo and the treasure that it hides. This begins an adventure of intrigue, deception, and an something truly astounding.

Uncharted 2 is a third person shooter for starters and this aspect it far improved upon the first game. the controls and aiming are very good here and pulling off headshots is very satisfying. Taking cover is simple and switching and jumping over cover works like a breeze. It is a control scheme that is very easy to get into and it very often is satisfying to use, minus some very minor quirky moments. Then the game also features platforming and climbing. Drake must traverse through many different obstacles and deathtraps and this requires climbing, jumping, and more non-shooter aspects. Surprisingly, for the most part, this works just as well as the shooting mechanics. The platforming provides such a great diversity from the shooting and creates some of the most memorable moments of the game for me. The controls here work very well and like the third person shooting, it is easy to get into but also can be a little finicky at times. 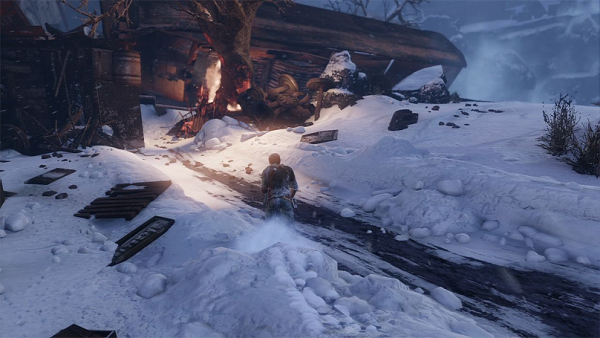 Uncharted 2 has one of the greatest first levels ever in gaming.

The locales that Uncharted 2 will take you to is absolutely marvelous. Throughout the 26 or so chapters, you will be going to many different areas and each are so lushly detailed and unique from each other. These areas provide their own sets of challenges to overcome and they also have treasures to find. The sheer variety in the levels combined with the game's superb graphics and sound make for a surreal experience that feels very cinematic but also insanely immersive. As an example, one of my favorite levels in video game history is in this game and that level has no enemies whatsoever. Just pure atmosphere. 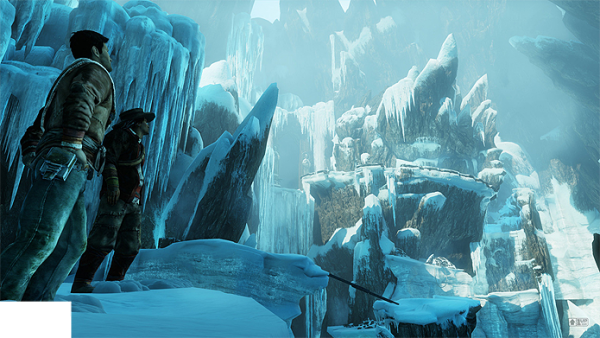 This stage is one of my favorites in gaming history.

Speaking of the graphics and sound, this game has some of the best I have ever seen. Even though the game came out over 5 years ago, it still holds up completely and will most likely continue to hold up for years to come. The graphical detail in the environments, the character models, the cutscenes, everything here feels polished down to every pixel and I cannot praise this enough. The sound design is equally wonderful with excellent music that fits the mood, fantastic sound design in each level, and excellent voice acting for every character that further makes you feel like you are in an amazing adventure film, only it is YOU that is experiencing it yourself. Naughty Dog stepped up the bar in almost every aspect with this game.

The game also features multiplayer which was the first of this series. It was definitely a fun romp even if the balance is not always there and I found it to be a nice little bonus. You can unlock plenty of stuff as you play and it has a nice variety of modes. The multiplayer, while not perfect by any means, is a fun time waster and I see it as a bonus in the overall package. There is also a horde mode that is pretty standard but fun.

Honestly, the only two complaints I have with this game are this, the generic enemies and lackluster weapons. While the weapons are definitely fun to use and there is some variety, they are all mostly standard fair from an AK to an RPG to a Grenade Launcher to others. They work just fine, but still, it is pretty standard fair but perhaps it works for the real world setting. The other thing is the generic enemies. These are mostly really bland mercenary types that purely exist for cannon fodder and none of them have any kind of personality of their own. One particular enemy, the armored shotgun brutes, they are the one enemy type that I consider to be frustrating as well. These little complaints just cannot take away from the overall experience though, it is that good. 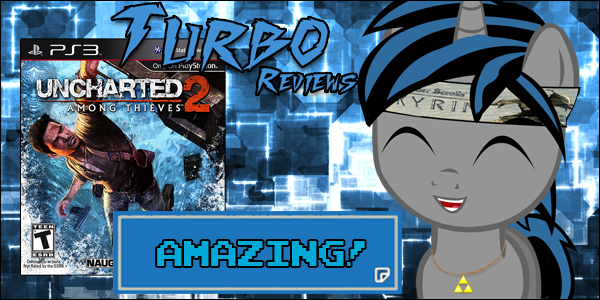 Uncharted 2 Among Thieves is what I consider to be a masterpiece in gaming. It's sheer level of detail, really fun gameplay and shooting mechanics, immersive and surreal level design, likeable characters, excellent voice acting and sound, I can go on and on about how amazing this game is. This is all just for the single player as well! The game also features simple but fun multiplayer and horde modes to keep you entertained if you want something a bit different. The controls might be a tiny bit finicky in certain spots and the gun selection and enemy designs don't break any ground whatsoever, but this is a game that should be played by anyone that has a love for gaming at all or even just a love for fun and an engrossing experience. Seriously, play this game. You will not regret it. This game gave me a feeling of adventure that is currently unmatched.

+Surreal level design that will pull you in

+Multiplayer and horde modes as a bonus

+Challenges and treasures to find

/end gushing. Thank you so much for reading this week's Turbo Review! This is easily one of my favorite games of all time and I am glad I was able to share this with you. This game made me have a feeling of wonder and adventure that I rarely ever get from most types of media. Go out and give it a try if you have a PS3, it is quite cheap now.

Until next week, Turbo out!