When a game comes to a close, they often end with a final, satisfying challenge, often in the form of a boss fight, with the player using everything they learned to overcome it. Unfortunately even the best games can deliver a final boss the is completely underwhelming compared to everything else you've gone through throughout the game. Sometimes the ending can be satisfying enough for you to forgive it, but more often than not, the boss fight can sour your opinion of it.

Even though I will always consider Twilight Princess one of my favorite installment in the franchise, even as far as my second favorite, I can't say the fight with Ganondorf was a highlight. Sure it had a lot to live up to with how great Windwaker and Ocarina of Time's fights were, but even then, surely they could've done better than give us a fight with what is essentially a beefed-up Darknut(which is a generic enemy in the game, let that sink in). Also his weakness is the fishing pole....no I'm serious, just swing it and he'll be distracted, giving you a chance to attack. Still as underwhelming as the boss is, at least that last tidbit can garner a good laugh. 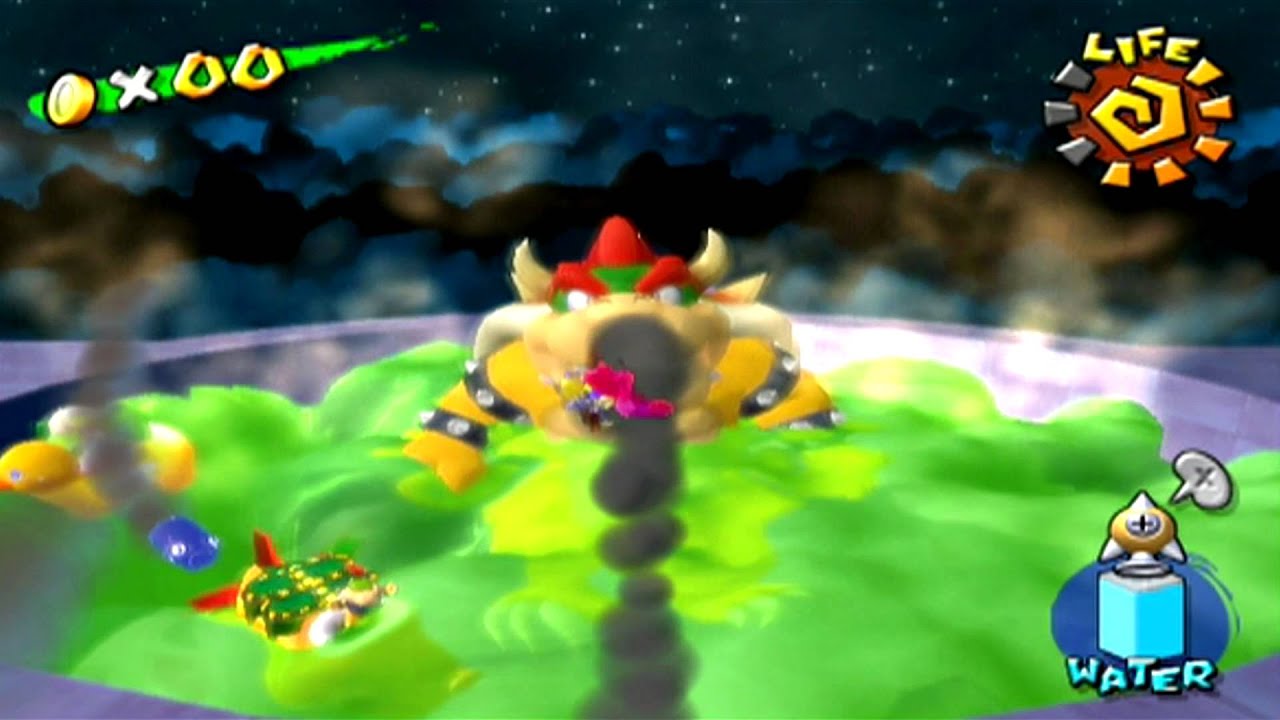 For a game that was fairly difficult, especially compared to other Mario games, this boss battle was surprisingly weak. In most other Mario games, you use different kinds of tactics against Bowser, such as using his own attacks against him, outsmarting him, sneaking up to him. Here you just go to the a certain point of the hot tub, shoot up with Rocket Fludd, and then smash the floor, all while avoiding easy to avoid projectiles. Also hearing Bowser with a voice is really weird. 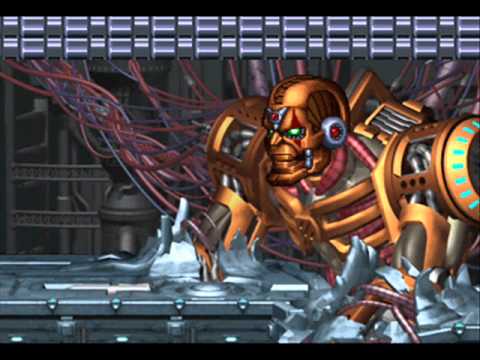 Regardless of your opinions on Megaman X6, it's hard to deny that the game can get ridiculously hard. Yet no matter how much the game loved to crush your balls with a sledgehammer, one thing everyone can agree on is that the endboss is insultingly easy, especially if you're using Zero or the Shadow Armor. Hell any attacks that chain damage(like...the saber). You'll be done before you even realize it. 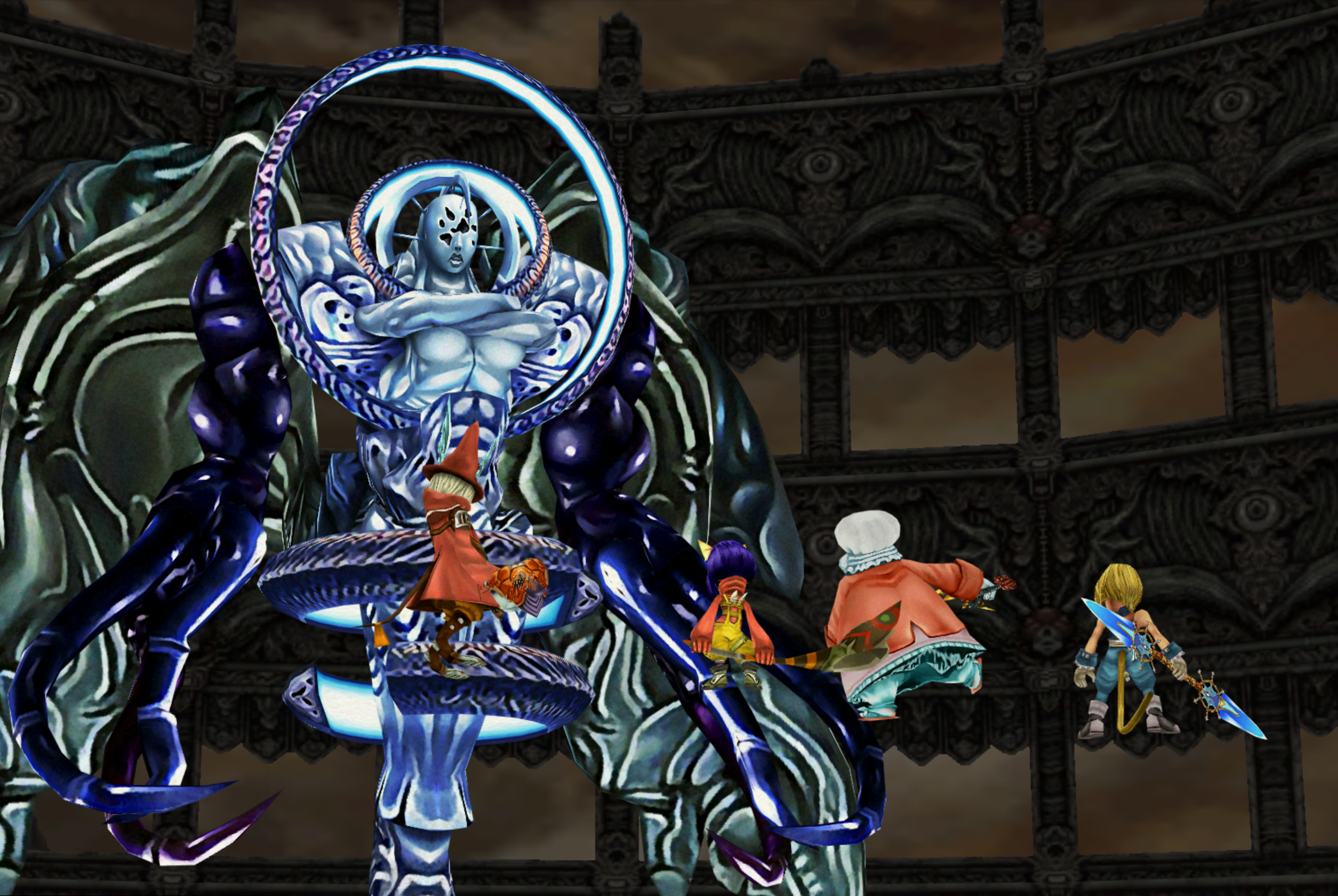 Nowadays you'd be hard pressed not to find a Final Fantasy fan who doesn't consider IX their favorite, and who could blame them? It was a return to classic Final Fantasy with a good story and fun characters.....yet it managed to deliver one of the lamest endbosses in the franchise. Would have been fine with just Kuja, but no they had to throw one more guy, as Necron appears literally out of nowhere. He's a fairly difficult boss, but you just got done getting thru Kuja, they guy you've been going after the entire game(who was already a difficult boss as is), now it just feels like a huge waste of time fighting someone who literally has absolutely no reason to appear. And I can only imagine how angry people would be if they lost to this guy.

Tabuu shares some similar problems Necron had; he shows up near the end of the game, and is supposedly the mastermind behind everything rather than the guy you've been going after most of the time, Master Hand and a plethora of Nintendo villains. What makes him worse is how absolutely boring and generic he looks and acts, which is criminal for a game with a cast of colorful and diverse characters. You know you suck when a floating hand has more life and personality than you. His fight is also nothing to write home about, aside from one desperation most of his attacks are fairly easy to dodge or don't do much damage.

SSE had a lot of potential, but unfortunately it still needed a ton of improvements. Getting rid of this guy would be a good first step

Tabuu before Tabuu. Abyss was the first and only time a Vs Capcom title used an original character for a final boss. Normally they've used various characters, either their own or from the franchises they've crossed over with, such as Marvel's Onslaught(MvC), Apocalypse(XMvSF, MSHvSF), Galactus(MvC3), Okami's Yami(TvC), Akuma and SNK's Rugal(both CvS2). You'd expect someone interesting, perhaps someone like Sigma, or Mundus, instead you get some really generic blob of energy that can also control armor. The first form is a joke while the second one is outright cheap unless your character uses projectiles. Then the 3rd form isn't much to write home about either. MvC2 is still highly regarded as one of the best superhero games ever, but it drops the ball when it comes to a final boss. 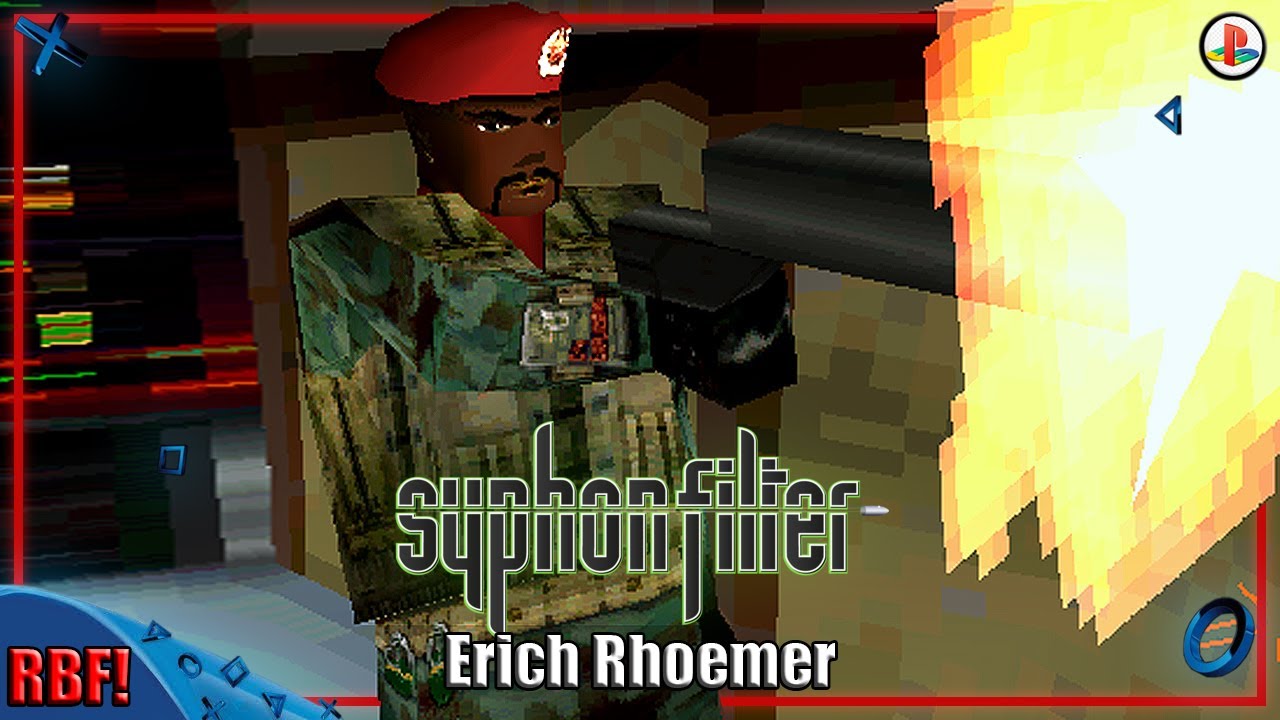 As much as I love the Syphon Filter series(heck the second game is one of my favorite games on the PS1), admittedly the game does not hold up very well, and that is most evident in the final boss battle with the game's big bad, Erich Rhoemer. After you abort a nuke and saving the world from World War III, you find yourself face to face with Rhoemer. Sounds good and all right? Except the guy has a fucking M-79(grenade launcher) and your in a little square box with very little room to do much, and the only way to defeat him is with Gas Grenades(which you better fucking hope you find it). The only real strategy is to exploit the game and spam and gas grenades you have at the little opening where Rhoemer appears then after the cutscene he'll immediately die from the gas. But because the game has a checkpoint immediately when the battle begins, you can't do much to correct any action. While I still had fun with the game, I still found it have an incredibly frustrating endgame 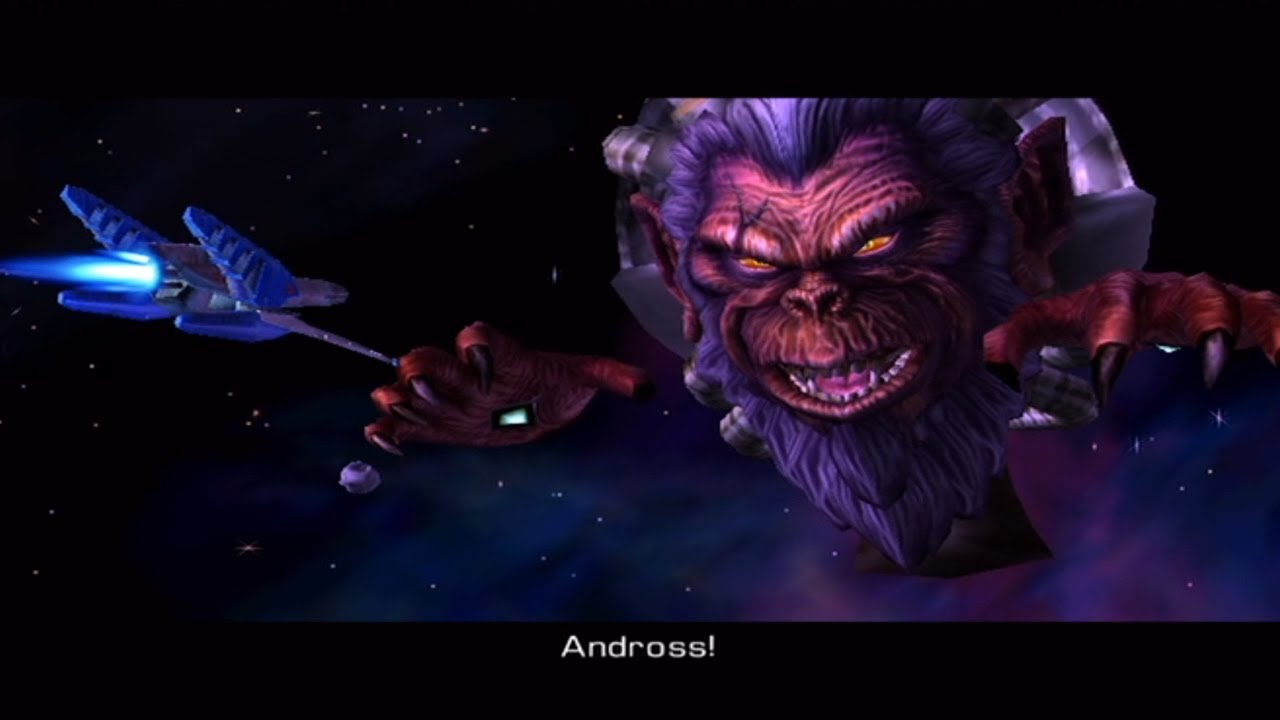 Despite not being a Star Fox game on any right, I still have a lot of fondness for Adventures, fun combat, fun characters, fun world to explore, and I especially loved the villain, General Scales. So you can imagine my enjoyment going up the him in the final Krazoa Temple. I begin with swinging my staff and then*plop*...what the fuck just happened. Turns out Andross was just waiting for his power to be restored so he could begin to conquer Lylat again with the Power of the Krazoa gods. Strike one. He also suffers a lot of problems seen with Necron and Tabuu, he literally shows up at the last second and suddenly he's the real bad guy all along. Strike two. He's also significantly crappier compared to his SF64 boss fight, it was such an unfun fight and so rushed you could tell he was thrown in at the last second. The straw that broke the camel's back? You never get to fight General Scales, the guy who was built up to be genuinely terrifying villain, suddenly disappears and I doubt we'll ever see him again. 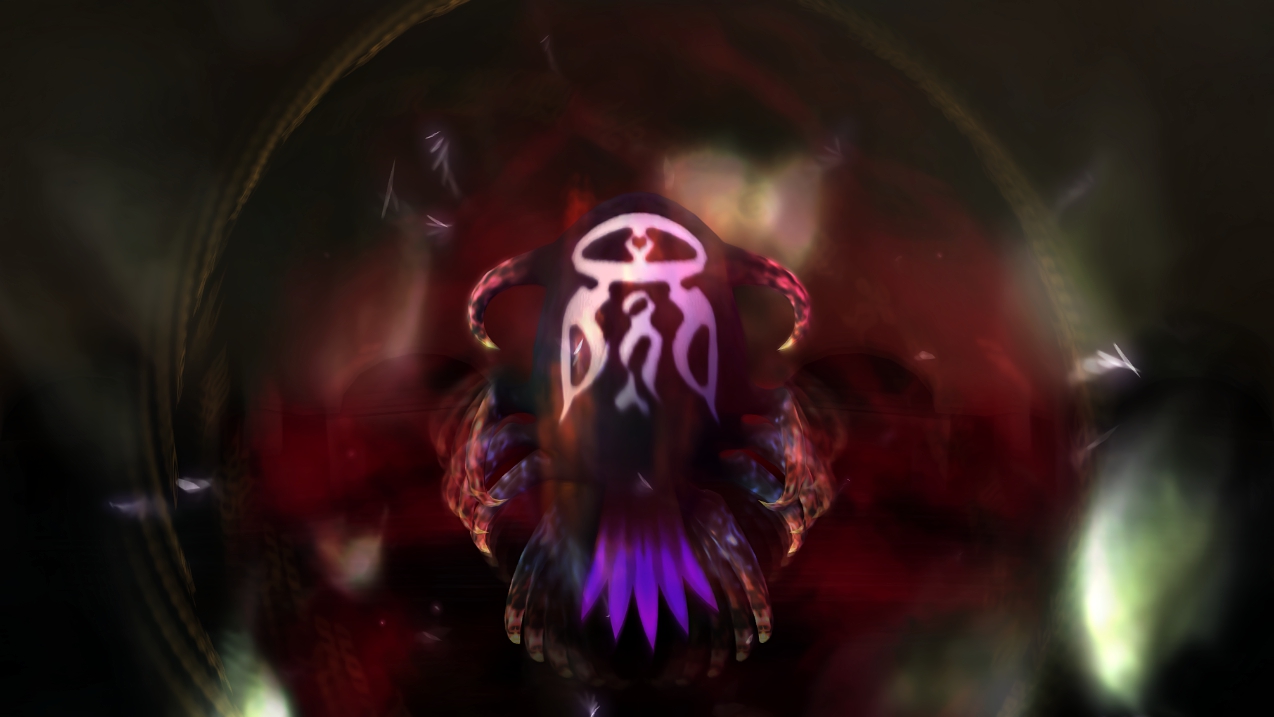 Final Fantasy X is one of my favorite installments of the series. I loved some of the new things they attempted such as the Sphere Grid and the new battle system and had one of my favorite endings of all time, and despite some bullshit like the minigames, it's one I hold very close to the top, along with IV, VIII and Tactics. Yet that doesn't stop this boss fight from sucking all kinds of ass. At first you'd expect this guy to be some god-like being, as he goes to possess every Aeon you have. So far so good. When he finally appears? He's just a tick....who's weak to practically everything. Normally the final bosses in Final Fantasy games are near-godlike beings, capable of having some of the deadliest attacks and are invulnerable to nearly everything with ridiculous amounts of health that even the best weapons in the game aren't enough. Then this guy shows up, vulnerable to practically every status effect, can be killed with Full-Life and Phoenix Downs(since he's already undead), and can be one-hit KO'd with your best weapons, all while you have permanent auto-life. There's easy endgame bosses, and then there's handing you over the ending. Still, at least the ending was worth it, unlike the no. 1 spot 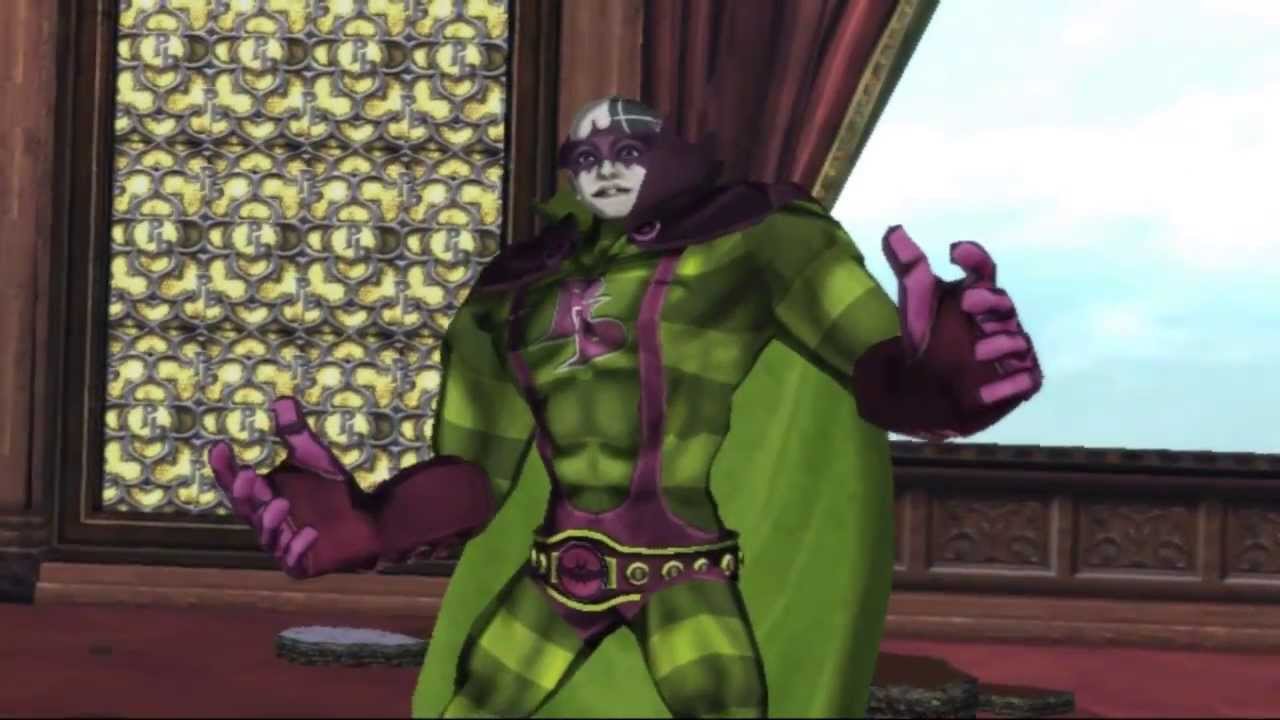 Fuck this guy right off

This guy is the main villain of No More Heroes 2, who kills Travis's friend Bishop as revenge for you killing his father and brother. Remember those assassination missions from the first game that had you killing to generic CEOs at one point? Yup that was them. Besides being absolutely grating in every sense of the word and stupid-looking with a very punchable face, he redefines throwing-your-controller-across-the-wall-with-testicle-smashing-cheapness. His first form is nothing to write home about, but his third and especially hiss second form is what does it, as he's absolutely difficult to get a hit on(he rarely, if ever, staggers) as well as having a automatic kill attack where he punches you off the roof if your not careful. All of his attacks are incredibly strong to the point where it's unfair, and the final form which is one of the most hideous things you'll ever see, with the same cheapness as the second form. It's unfun, unfair, and frustrating that it leaves you finishing the game unsatisfied...speaking of which

The best part? This was intentional. Apparently Suda51 wanted to tell the story to make it a point that revenge was usually never worth it.