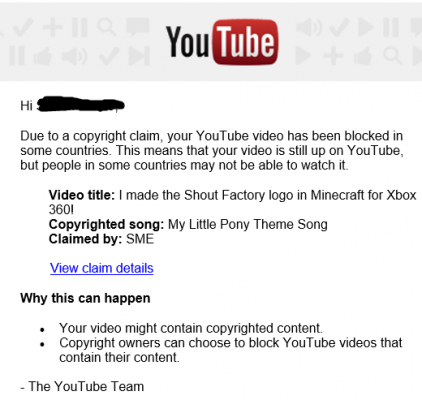 I made a video from years ago, but now recently got blocked everywhere because of the theme song I placed at the end.

I had to remove the song in order for the video to be visible again?

Does anyone have any proof besides this that Sony owns the theme song rights?