Good evening, everypony, and welcome back to another edition of "Batbrony Reviews"! My apologies for being so late in getting my review out, but I have a good excuse; I spent about 4 hours total driving yesterday so I could spend time with my family celebrating my mom's, grandpa's, and grandma's birthdays in Frankenmuth, MI, otherwise known as Little Bavaria, seeing as all of their birthdays are in May. I had some great food and a great time with my fam, but the driving took quite some time, admittedly. Anyways, I have now seen this episode twice and I must say it is absolutely delightful in every which way. Nick Confalone is proving to be a fabulous addition to the writing staff, and this was certainly the funniest episode in quite some time, possibly the funniest one since "Slice of Life" last season. Without further ado, let's begin.

So thankfully, I don't have a whole lot to say about this one because there's not much point in going into specific events or characters. It was an ensemble episode, but not like earlier seasons where you'd expect really momentous stuff to happen when the entire gang was involved, or even a significant slice of life lesson. The fact of the matter is that the show is old enough at this point, the story and characters developed enough that they can have an episode like this, one where there's just a lot of silly stuff happening and not much in the way of a lesson or plot. And it was executed wonderfully in this instance, I am happy to say. The most impressive aspect of it all was the execution. Recap episodes like this do not always work, and they were very creative with the timeline here. I've seen TV episodes like this before where you get events that have already happened recapped by different characters, but the manner in which they did it here, with an ongoing newspaper interview where different characters were getting interviewed (at different times, as SUPER CLEVERLY indicated by the different background characters at booths in the diner, especially with RD and AJ where it was clear they were getting interviewed at almost the same time because they not only appeared together but also had the same background character at the booth behind them in their scenes) was incredibly clever and inventive. It also helped establish and maintain the pacing of the episode; the episode was essentially just a string of gags that different characters were going through, and we've seen that before, but the interview allowed us to get insight into character's thoughts and reactions to what they did which we normally wouldn't be able to get. It was like watching a DVD commentary of a show or movie, except instead of the creators, the characters themselves were commenting on themselves. The cherry on top, of course, was that their interview was being conducted by J. Jonah Jameson pony, which, being the superhero lover I am, absolutely killed me in all the right ways (not to mention they also squeezed a fantastic Pulp Fiction reference in that diner as well).

Even her schneezes are graceful! D'awwwww, I just wanna give her a hug, SHE'S TOO CUTE!!! 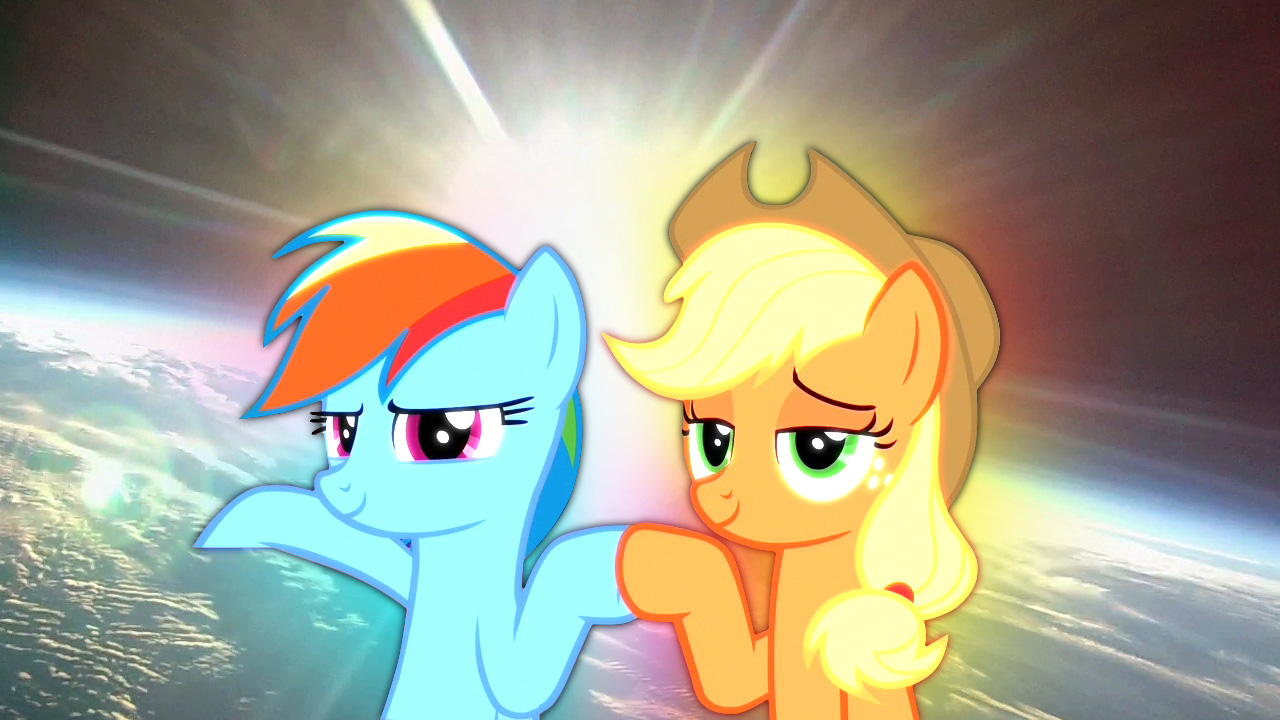 See? These girls know what I'm talking about

As for the gags themselves, again, I see no point in going into the specific ones because there were just so many of them, and most of them worked. What I think was most notable about these gags, compared to others we've seen in past episodes (because this is certainly not the first time we've seen situations get out of control) is that they not only fit the Mane 6 to a T, but they brought Manehattan to life as a setting. Every time the show has been in Manehattan we've gotten to learn more and more about it. BUT I would argue we've never really seen the city in such a normal context. The girls are almost always either sightseeing or busy with something of their own that just happens to be in the city, but doesn't involve it too much. Here, Manehattan, as Ponyville has been so many times in the past, was an actual character because everything they were dealing with was just big city, Manehattan problems. Rarity's in a pretty rundown place where her pushy landlord could easily jack up the prices because real estate is at a premium in the city, there are raccoons, a big city diner, a dance club above Rarity's shop with ponies who apparently spend all day just jamming, the list goes on. Everything here affected the characters, it wasn't just something to point to for the audience and go "hey look, we got this big city reference in!" That's not to say I haven't liked Manehattan in the past, but this felt like a great development for it, because everything going on felt normal, not like the girls were just visiting (even though that's exactly what they were doing). City's being their own characters is important in order for a setting to take on new meaning, that's why getting a place like Gotham City right for Batman is so critical when writing that character. So yeah, overall, I was really, really happy with Manehattan's depiction here; it didn't feel like a tourist destination for the girls, but really lived and breathed here. 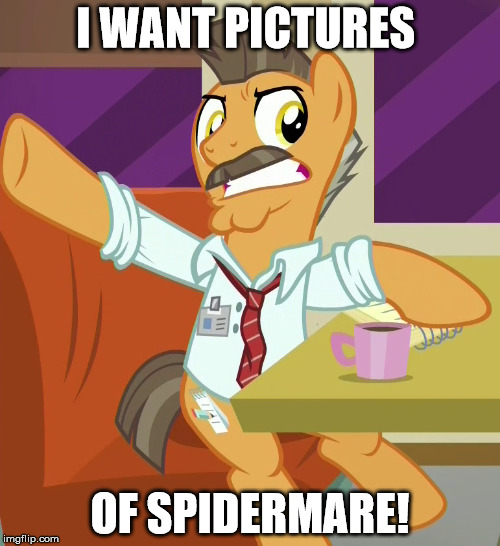 Organization's my fetish! Got a sock drawer that needs rearranging?

This is not to say that I think the episode was flawless, I do not. My biggest complaint is Plaid Stripes, the weirdo daughter of Rarity's pushy landlord. I have nothing wrong with a character, especially in an episode like this, being weird, but almost all of her humor felt really, really forced. Like, I know she was young and "eccentric" but I just couldn't buy that even someone like her would propose some of these ideas, and that made the humor from her less funny. Thankfully, the episode is so quick-paced and funny already that, upon a second viewing, I realized it's really easy to ignore how unfunny her stuff is because so much other funny stuff is going on around her. Highlights for me in particular would be Twilight's organization fetish (what else do you call it at this point?), Rarity demanding no spoilers, the raccoons freak out when Fluttershy told them they had to leave, the dance club ponies (especially the one with the giant pigtails), Pinkie's Rarity-devil and Rarity-angle, and RD and AJ's brohoof, and that's just to name a few, so with all that, yeah, it's easy to ignore the forced jokes from Plaid Stripes. What I can't ignore is that for some bizarre reason some bucker decided the last shot of the episode, after a perfectly nice moment with the Mane 6, had to be this 5 second bit with Plaid Stripes in which she did nothing but suck from a spoon and put on this stupid smile. I don't get it, it wasn't funny, and just felt really awkward. But again, it's a very minor complaint.

Overall, this was just the show having fun with its main cast, taking advantage of how phenomenal they know all their VAs are (seriously, every single one of them had some amazing deliveries on these lines here, especially Tabitha, she deserves special recognition), and just giving them a fun episode without much of a plot or a lesson. It was really just about how much the girls know that, despite how different they are, they can all rely on each other through pretty much anything at this point, even if it's as goofy as some of the stuff they were dealing with here. There's absolutely nothing wrong with a show this seasoned just taking a break and having fun, and I'm glad they did it here. It was a blast and a reminder of why we love this show and its characters so much; not just because they're well written and developed and because the show is seriously one of the smartest children's shows on television today, but also because sometimes the show knows when to just kick back, relax, and have unadulterated, pure, unfiltered fun. That's all I got everypony, until next week (in an episode I have been VERY much anticipating), this is Batbrony signing off. I'm off! *cue dramatic exit*

Ow... they usually go much better than this