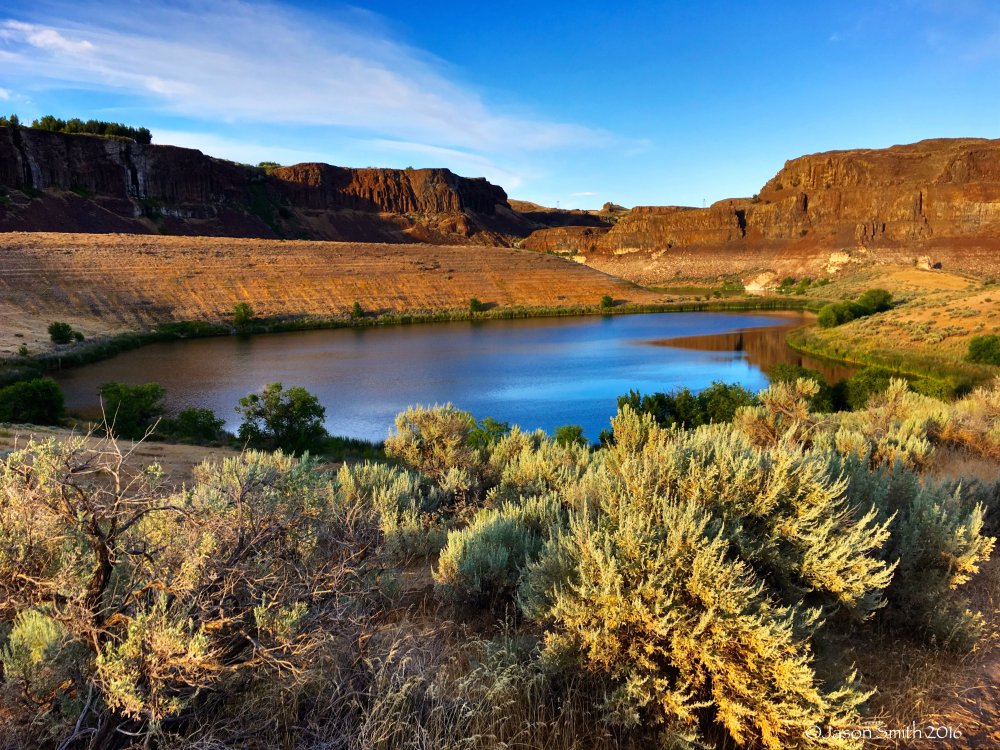 From Thursday, June 16th to Saturday, June 18th, we backpacked into the Ancient Lakes in eastern Washington's Channeled Scablands region and made a 2-night basecamp to explore the area further.

We drove in from Oregon hoping to experience a little bit of what eastern Washington has to offer. It was beyond breathtaking!

Day 1:
We hiked in from the lower trailhead up to Ancient Lakes to camp for two nights. We wanted to take the north cliffside trail, but decided to take the "main" trail into the lakes for the first day instead. Wildflowers lined this trail. We hiked in about two hours before sunset; the colors on the sage-covered fields and rocky cliffsides came alive with color! We didn't see anybody along the hike either, so we had plenty of solitude! We camped at the far end of Ancient Lakes at the second campsite below the back cliff. We were the only ones there that night too. The mosquitos were bad, so be warned! Not as bad as some places I've been, but still an annoyance. But the beauty more than makes up for it. 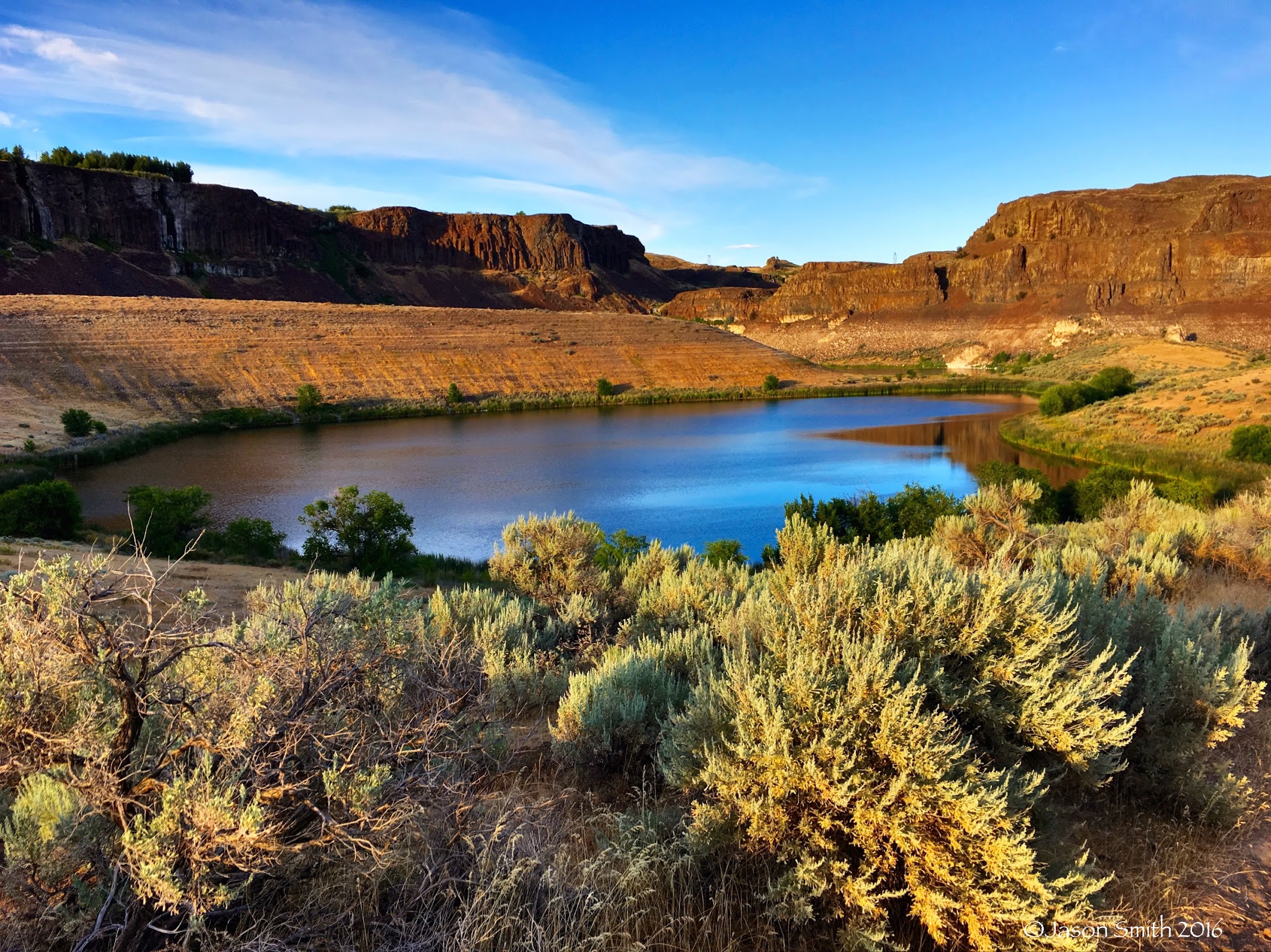 The view of the Ancient Lakes as viewed during sunset (taken at 1.9 miles in). 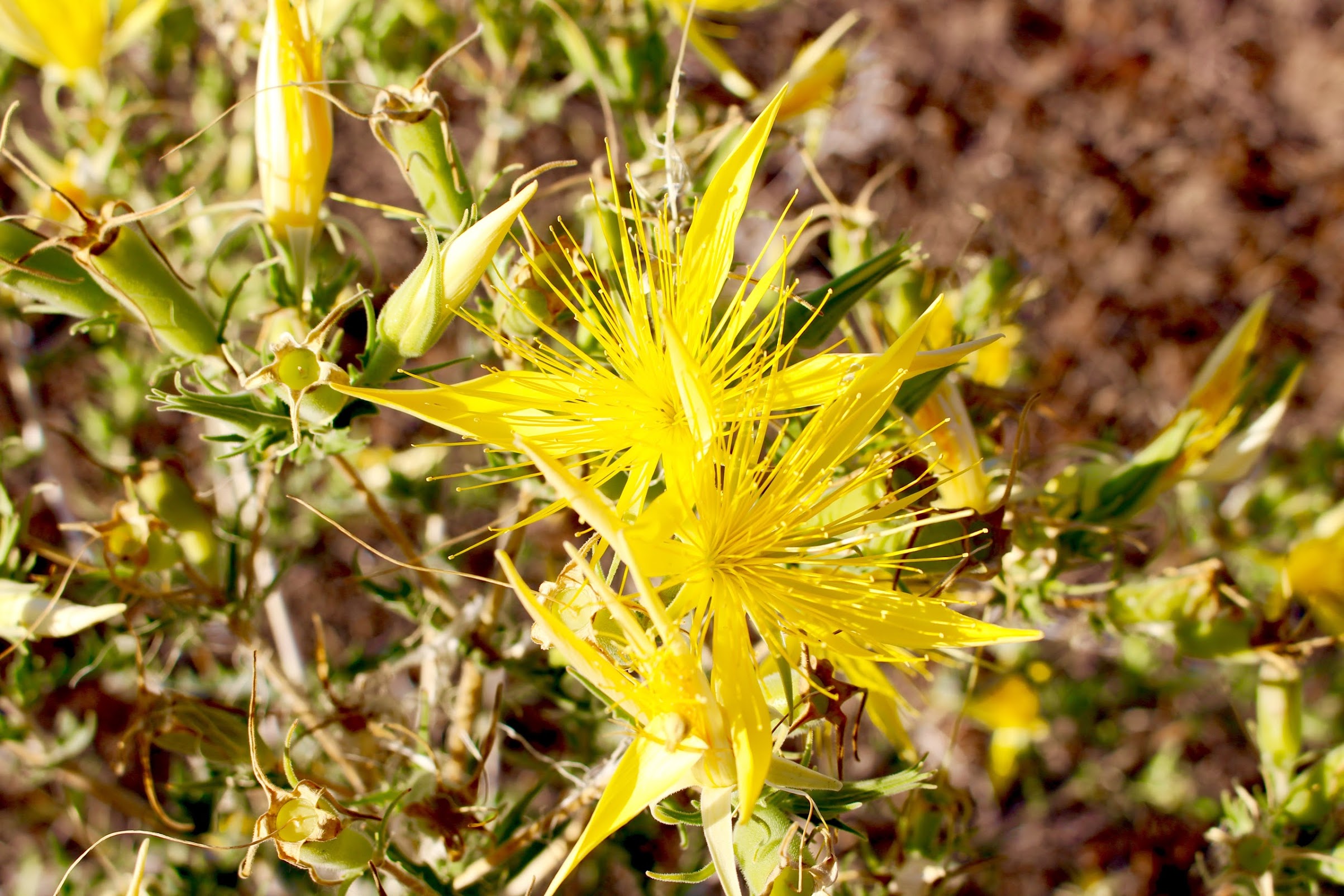 More wildflowers! These particular ones were seen all along the first day's hike.

View a 360° Photo Sphere from this spot. 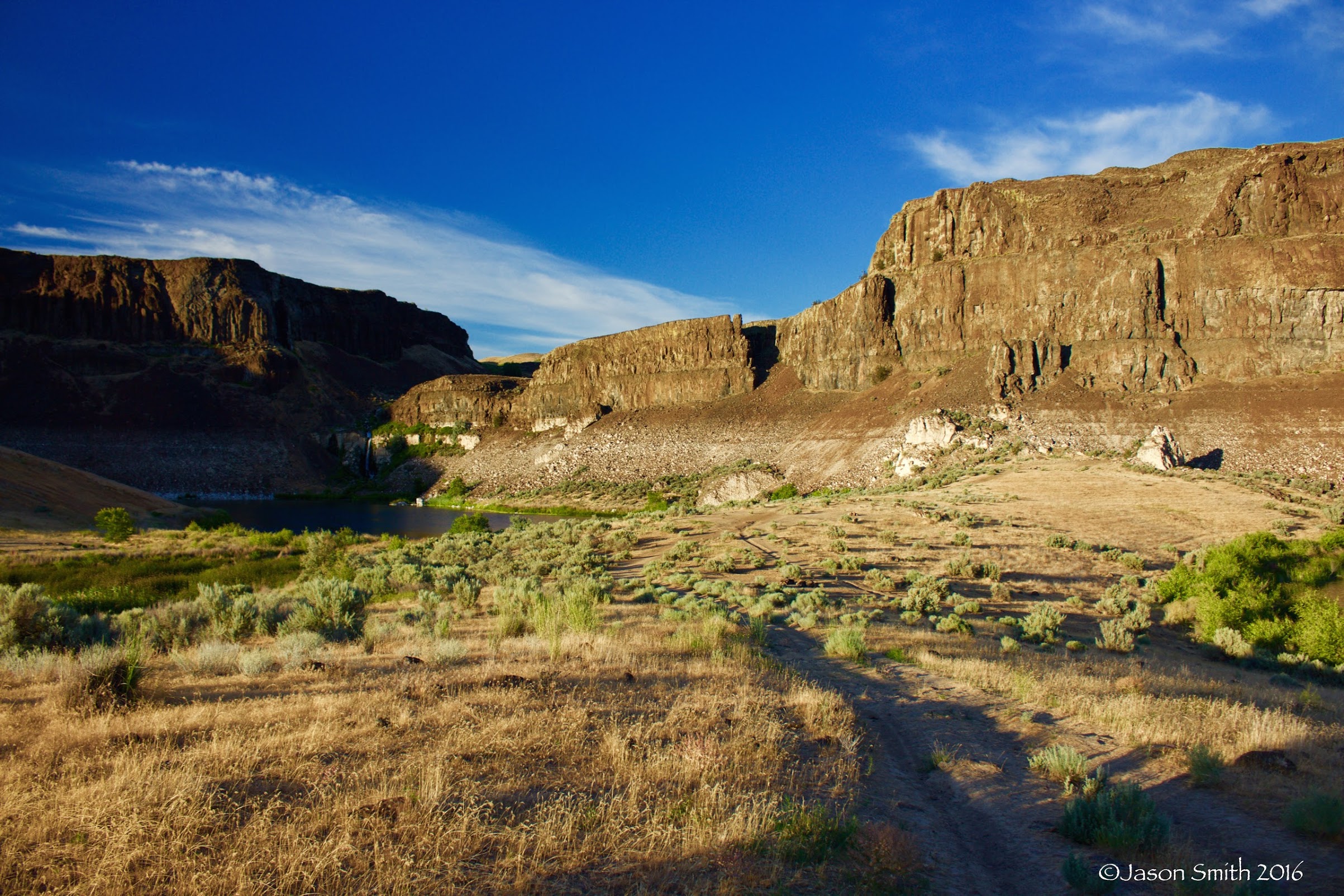 Rugged cliffs lit up by the sunset.

On the second day, a few campers came in to camp below us. We went on a day hike up onto the south cliffside and to a vantage point overlooking Dusty Lake. The trail was easy to follow, wildflower-strewn (tons of flowers!), easy to hike, all except for the last tiny section descending the canyon wall. It was steep and slippery, covered in loose scree, fine dust, and talus. Nothing too tricky, but can be a bit slippery. After getting to the bottom, it was a gentle coasting up and down over grassy, wildflower-covered hills back to camp. 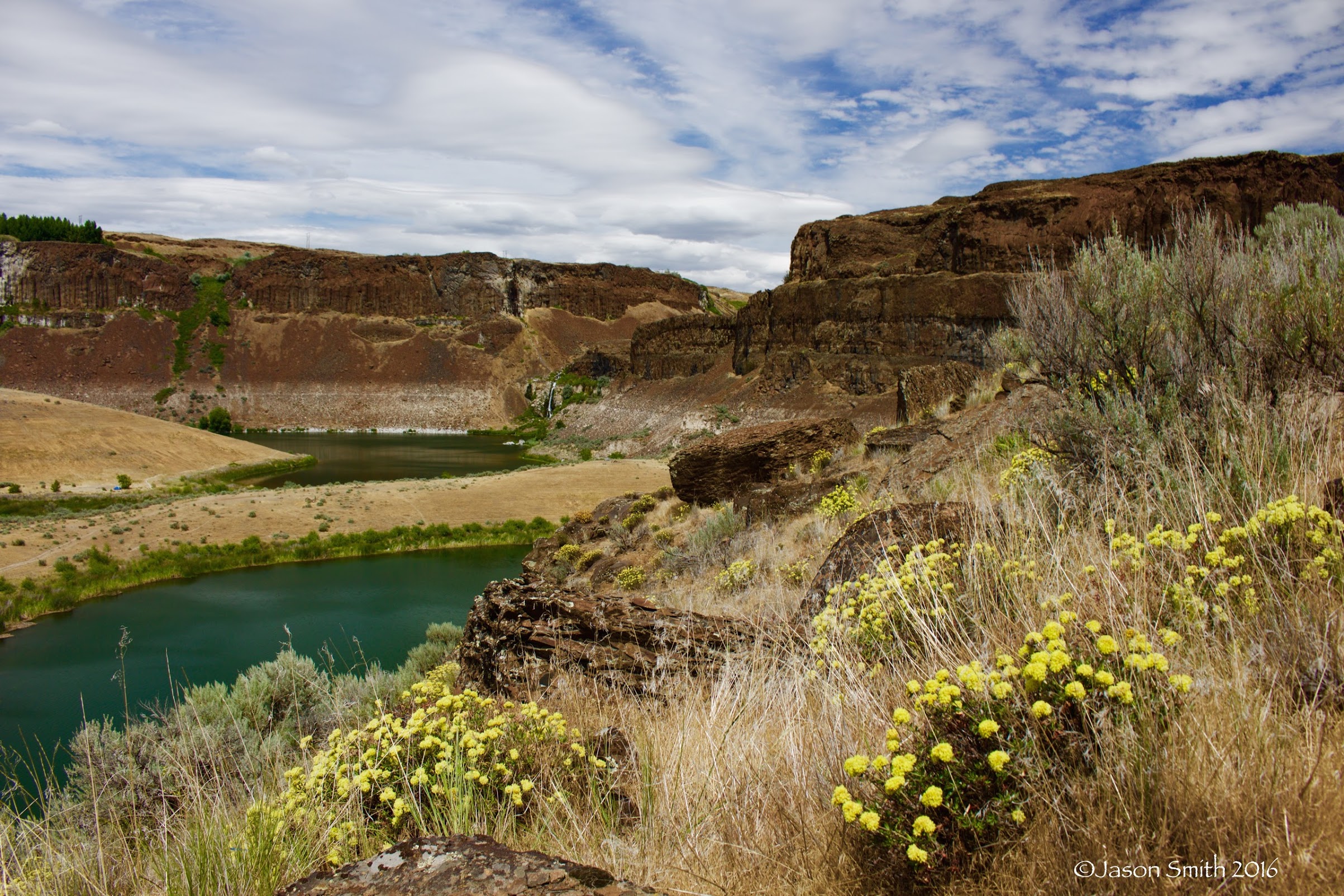 Round-headed Buckweat carpeting the slopes above the Ancient Lakes.

View a 360° Photo Sphere from this viewpoint! 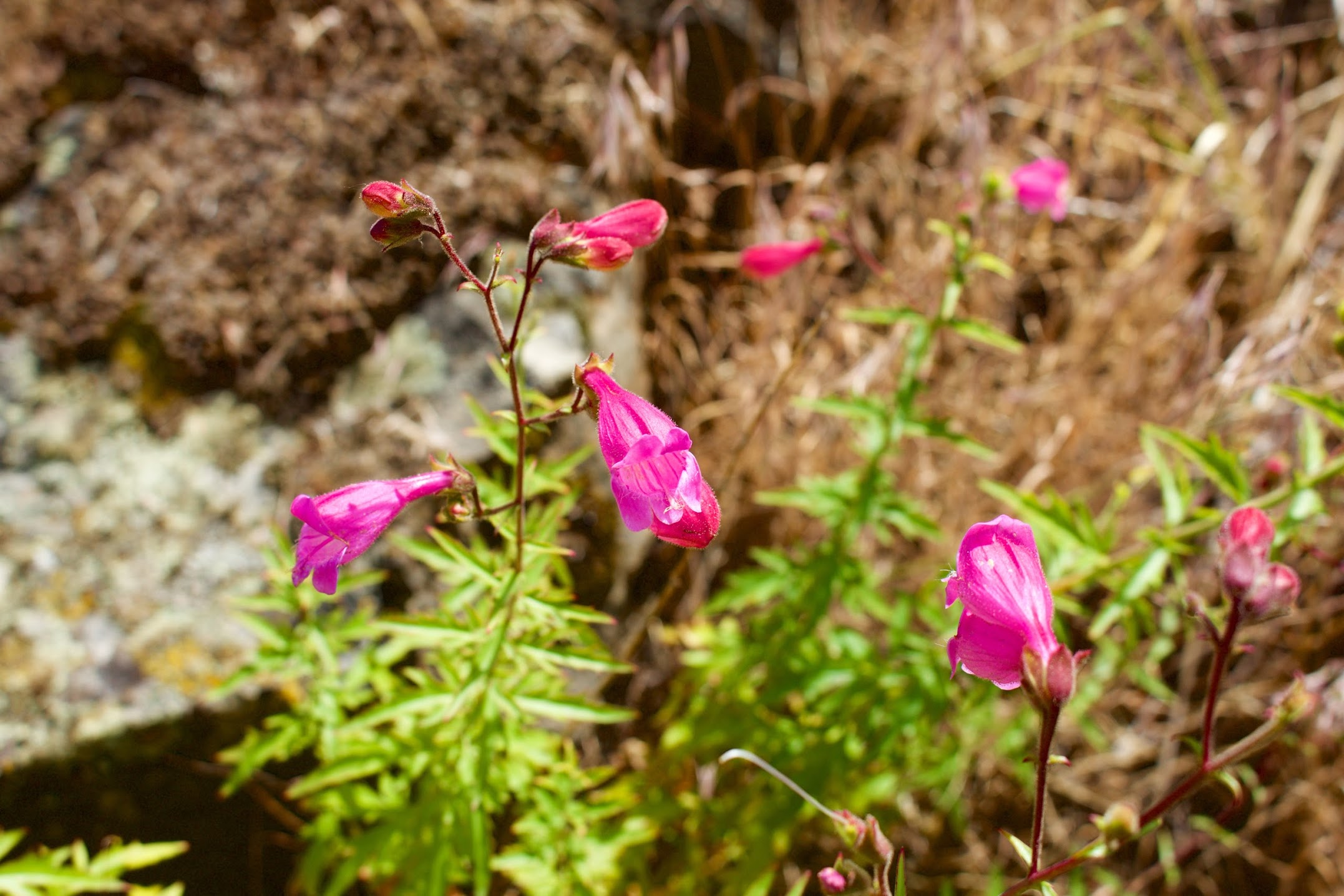 This hike featured many different types of wildflowers. 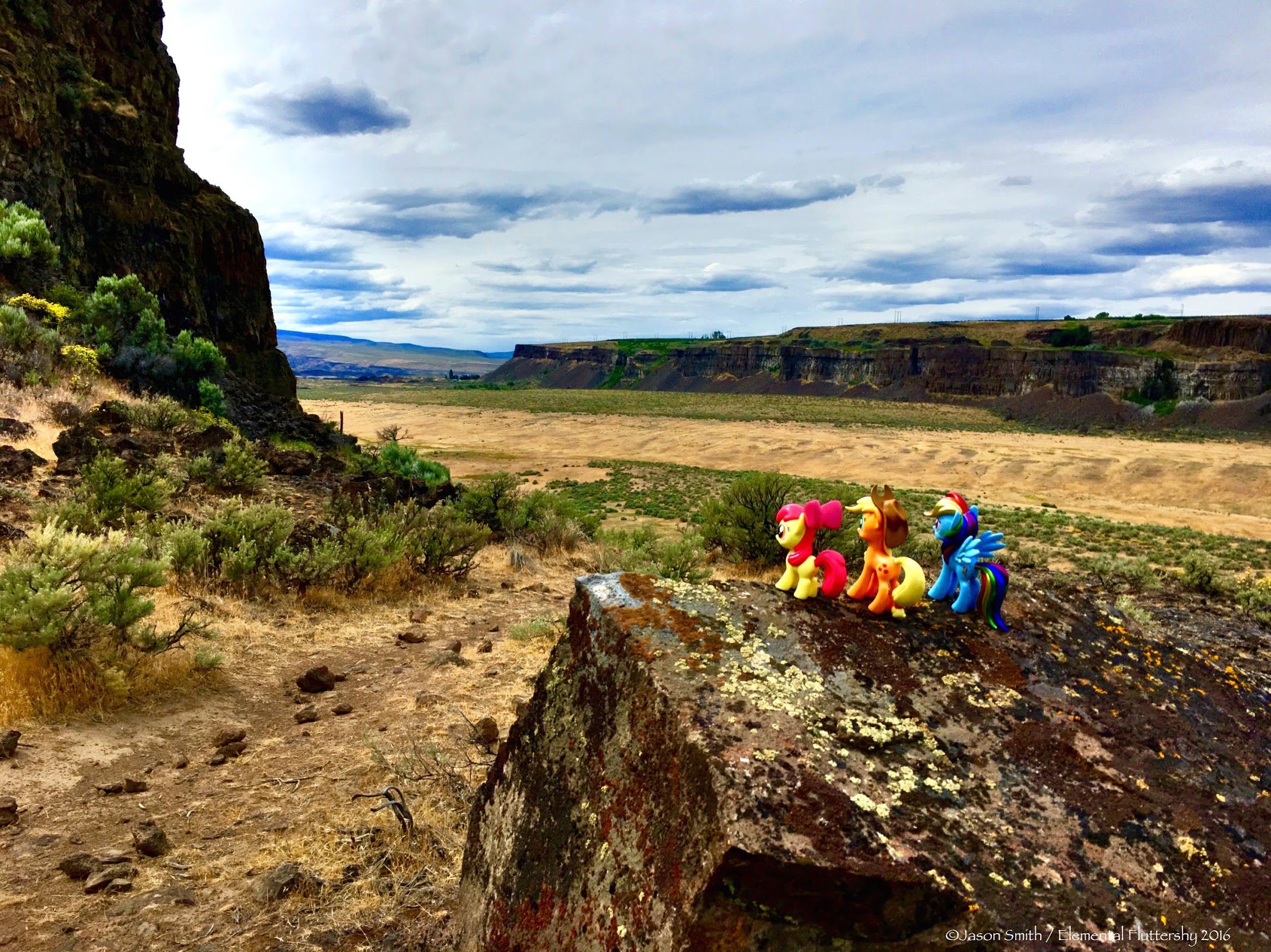 Another image to possibly be submitted to Equestria Daily's "Ponies Around the World" event. 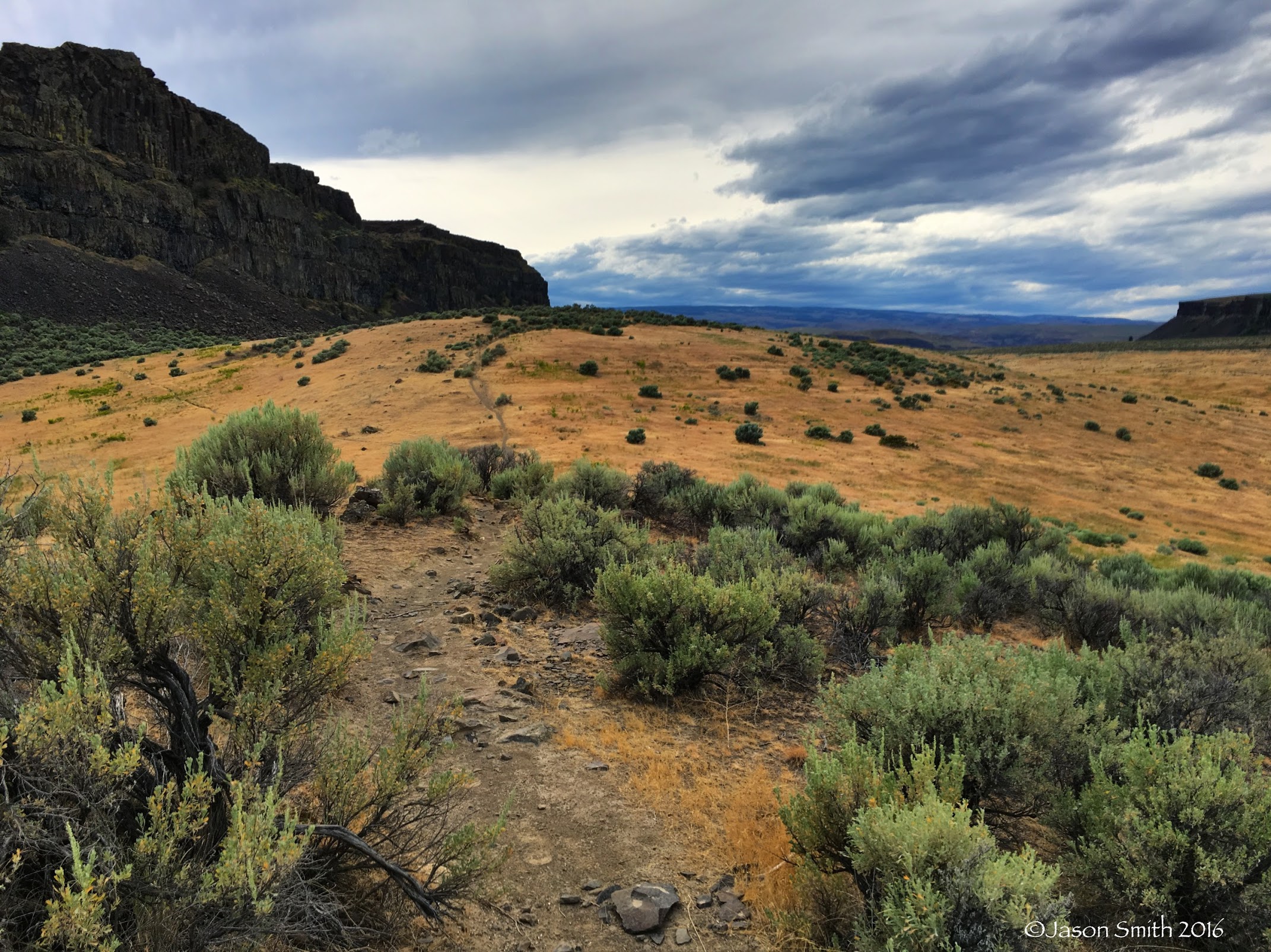 Looking back at the way we came. 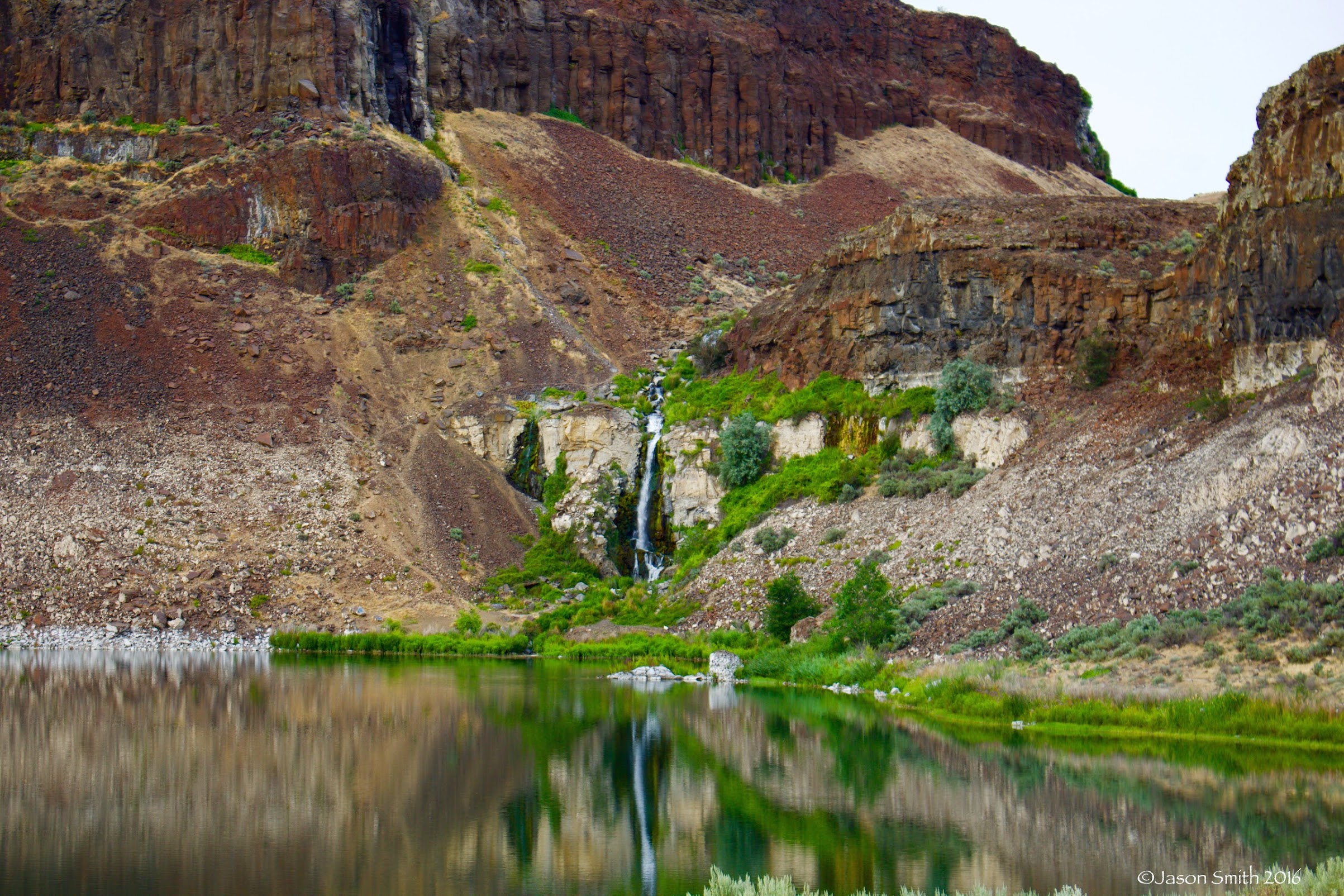 The waterfall across the lake from our tent. Now that I look closer, I can kind of see a faint trail climbing up the left side of the falls.

On the third day, we hiked out in the rain via the "shortcut" trail, which hugs the north cliff-face (the same trail we wanted to hike in by). It was a wildflower-strewn hike, but the brushy and narrow path meant our pants and shoes got soaked very quickly (not an issue since we were wearing quick-drying synthetics/running shoes, however

). It passed right below a seasonal waterfall and a large boulder/erratic. 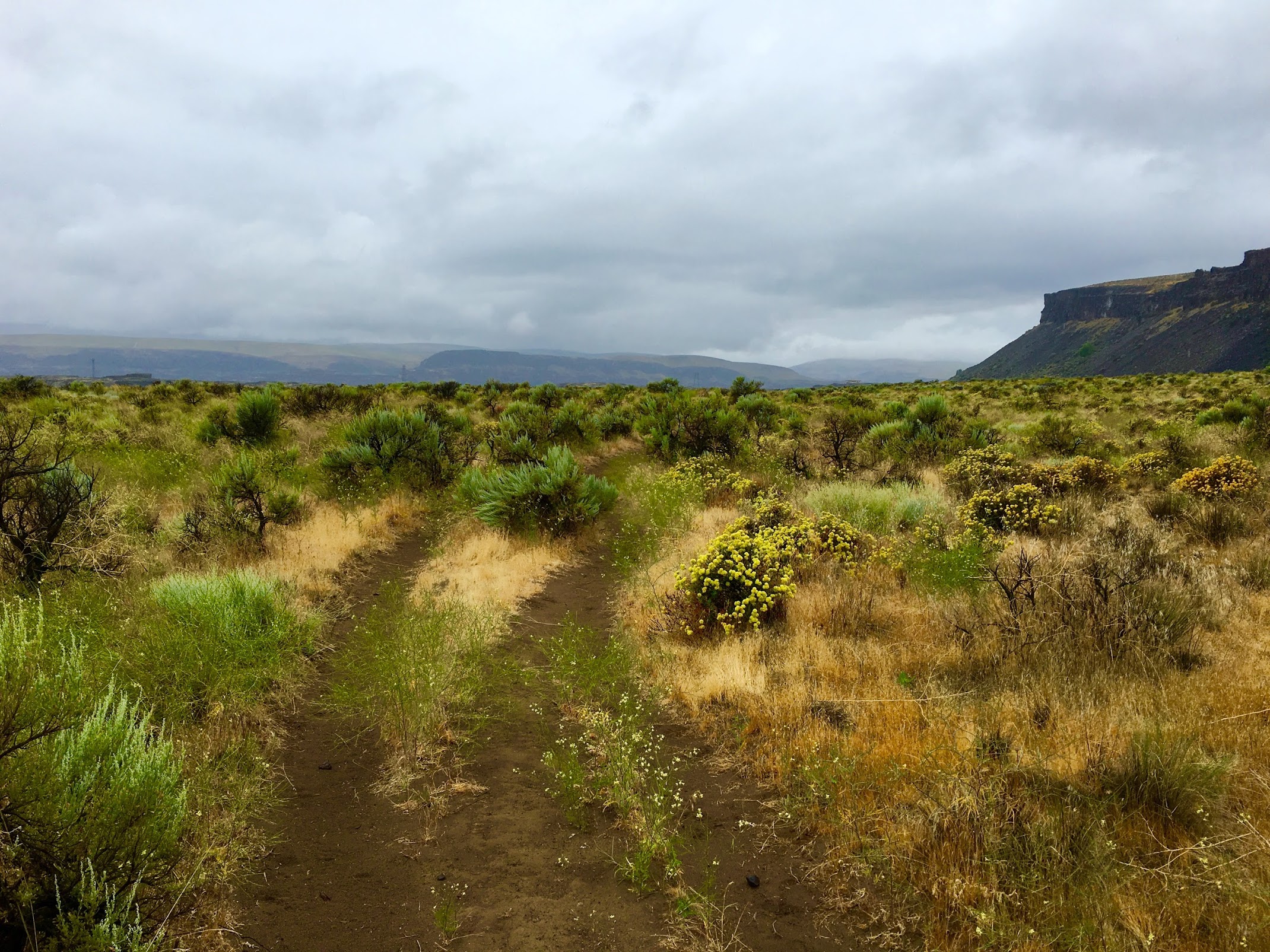 Hiking out in the rain along the cliff-side trail.

While yes, there is farmland surrounding the Ancient Lakes coulee basin, we couldn't really see them from our campsite at the lakes. It feels as if they aren't really there! As if it were sage-covered desert for miles and miles! Along the hike through and above the cliff-faces, you can see more of the farms, but they aren't really a distraction/detraction to the "wilderness" experience, in my opinion. You will be gawking at the amazing views that the Ancient Lakes have to offer.

There are also tons (and tons) of campsites, so I guess either this area must get super crowded/full on some weekends, or there's just a lot of space to spread around and choose your site. Most sites seem to be pretty flat and have large fire rings (I guess people bring in their wood?). Some sites even have stone benches to sit on.

This is a super easy backpacking trip or day hike, so even families with children could make it. Highly recommended!


Photo Sphere Virtual Hike: I took a total of 16 photo spheres! You can view the photo spheres here to take a "virtual hike." They are linked together in the same style as Google Maps Street View.