​Americans have very specific buying tastes, Americans like large crossover SUVs with preferably a V8 engine under the hood and enough room for at least 5 people. Noticing these trends has opened up a brand new segment of luxury vehicles which may have seemed ridiculous 5 years ago.

​Porsche: ​Arguably the one that started it all, Porsche was the first to attempt a realistic fusion of a sports car and a family SUV. The Cayenne launched in 2002 and many automotive critics were skeptical that the truck would be even remotely capable of performing anywhere close to a sports car. They were pleasantly disappointed as the Cayenne had good performance and handling. The first generation of the Cayenne sold better than anticipated and was slotted a tier above its Volkswagen Touareg clone. It surpassed both the BMW X5 and Mercedes Benz ML in luxury and performance. The only complaint about the first Cayenne being that it wasn't a pretty vehicle to look at. The German completion would not catch up to the Cayenne's success for nearly a decade. Porsche has expanded on its lead by adding a smaller sports car based SUV to its line up the Macan which also comes in a Turbocharged or Diesel variant. ​Lamborghini: ​After much speculation and the unveiling of the Urus as a concept vehicle, Lamborghini announced in 2013 that the Urus would begin production in late 2016 and go on sale as a 2017 model. Because Lamborghini is part of Volkswagen group this vehicle will share the same platform as the Porsche Cayenne and Audi Q7. It will be the second SUV produced by Lamborghini, the first being the LM002 which was a true off roader. The idea of Lamborghini producing trucks is not so far fetched as the company was originally founded as a tractor company. 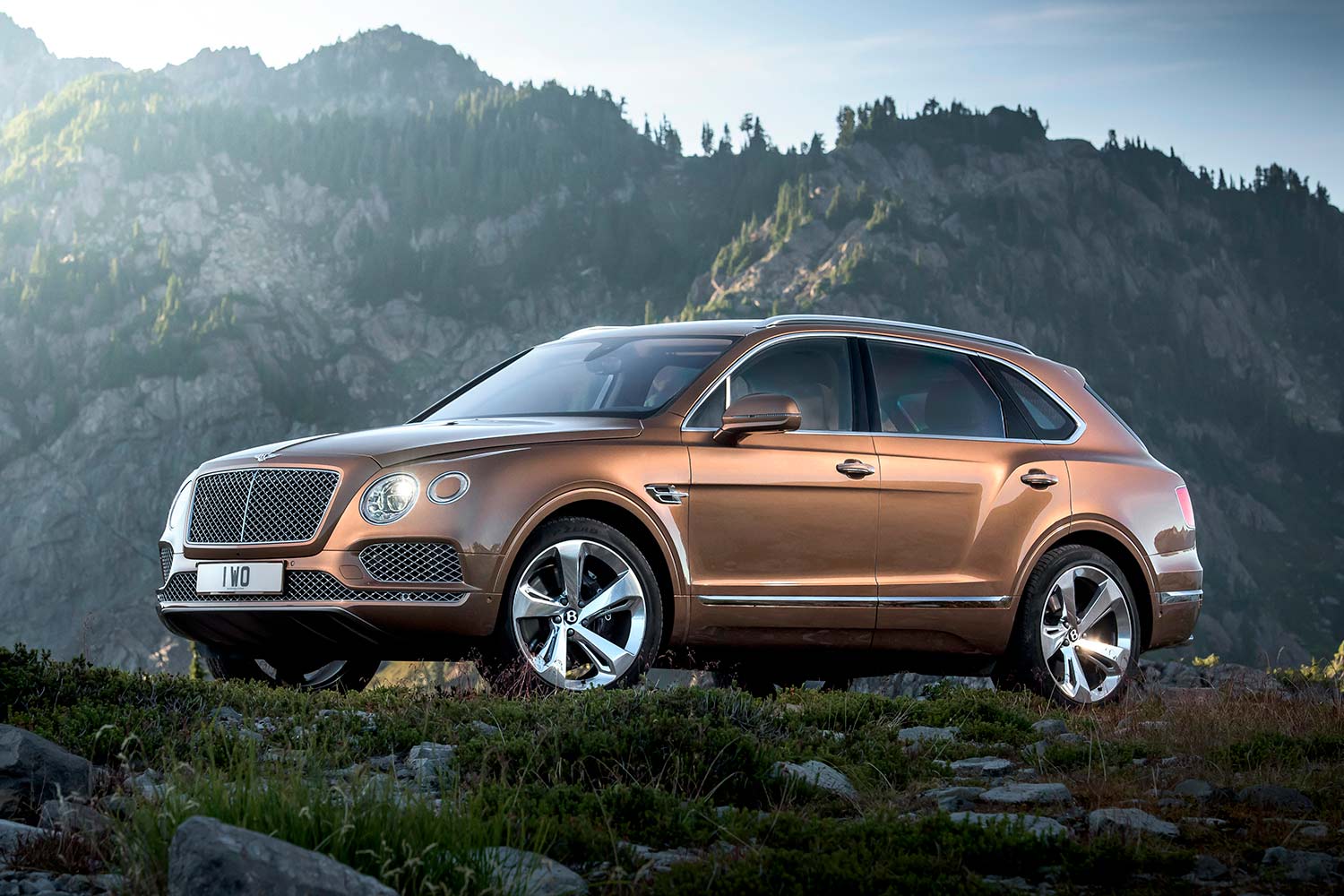 ​Bentley: ​Bentley, the British member of the Volkswagen family has also built a performance SUV on the Porsche Cayenne platform called the Bentayga. Bentley claims it to be the worlds fastest production SUV as it is powered by a Volkswagen W12 engine and full time all wheel drive. The Bentayga is twice as expensive as a standard Range Rover and was slotted to debut before rival vehicles in this segment also begin to enter production.

Rolls Royce Motor Cars: ​Rolls Royce announced in 2015 it would be releasing its first ever SUV which would begin production in late 2017. Very little about the vehicle has been released other than an official teaser image of the concept. Because Rolls Royce is part of the BMW family it is likely to share a platform with BMW's large SUVs like the X5 or X6.

​Mercedes Benz: ​In the past the only rivalry in this segment was between the famed Mercedes ML and BMW X5. Now that the other German companies have stepped up their offerings, Mercedes has been struggling to remain on top. They have corrected this with offering more SUV configurations than any of its competitors. The most comparable to this segment its the GLE. Mercedes Benz themselves describe the GLE as an "SUV with the soul of a sports car". The GLE is significantly cheaper than its rivals but is more geared toward on road sports performance driving rather than off road capability.

​Maserati: ​In 2011 Maserati, part of the Fiat Group revealed a concept SUV called the Maserati Kubang. It was simply a rebadged version of a Jeep Grand Cherokee designed to appear as a Maserati and be able to compete in the segment. While the Kubang was abandoned, Maserati decided to build an SUV from scratch to compete with the German dominance in the segment. The Levante will also be released in 2017.

​Jaguar: ​Part of Jaguar-Land Rover Group owned by Tata Group, it has long been explored what a combination of a Jaguar luxury car and a Land Rover SUV would look like. Due to other manufacturers proceeding forward with vehicles in this bracket Jaguar decided to take the plunge. The Jaguar F-Pace debuted in 2015 as a support vehicle in the Tour De France. The F-Pace shares a platform with both the Range Rover Evoque and the Range Rover Sport and shares components from the Jaguar XJ. It is Jaguar's first ever SUV.

Tesla: ​Strong sales of the Model S and finally achieving financial viability Tesla had long developed plans for an SUV or Crossover vehicle sharing the same base formula as the Model S. The model X is much taller and shares the stance of most other SUV's on the road but is unique in that, being a Tesla means its 100% an electric vehicle. But perhaps its most notable feature being the rear mounted gullwing doors. Tesla designed a sensor which allows for the doors to open at exactly at the correct height even when parked closely next to other vehicles in tight parking situations. It is one of the most expensive on the list starting at $108,000.

Which of these insanely expensive SUV's do you think is the most likely to never see an unpaved trail?