Today marks the end of the IDW Friends Forever comic line featuring Princess Luna and Celestia as the last pairing and while...it's not the worst comic ever, it easily could've been so much better, considering it's the final comic in the line, and considering it's a comic about the sisters, it could've been much more

also there's a massive continuity error which says Celestia is capable of dream powers...which goes against everything we know about the show

This just got me to think back to the comics, namely which ones were dumpster fires and which ones managed stand out and shine 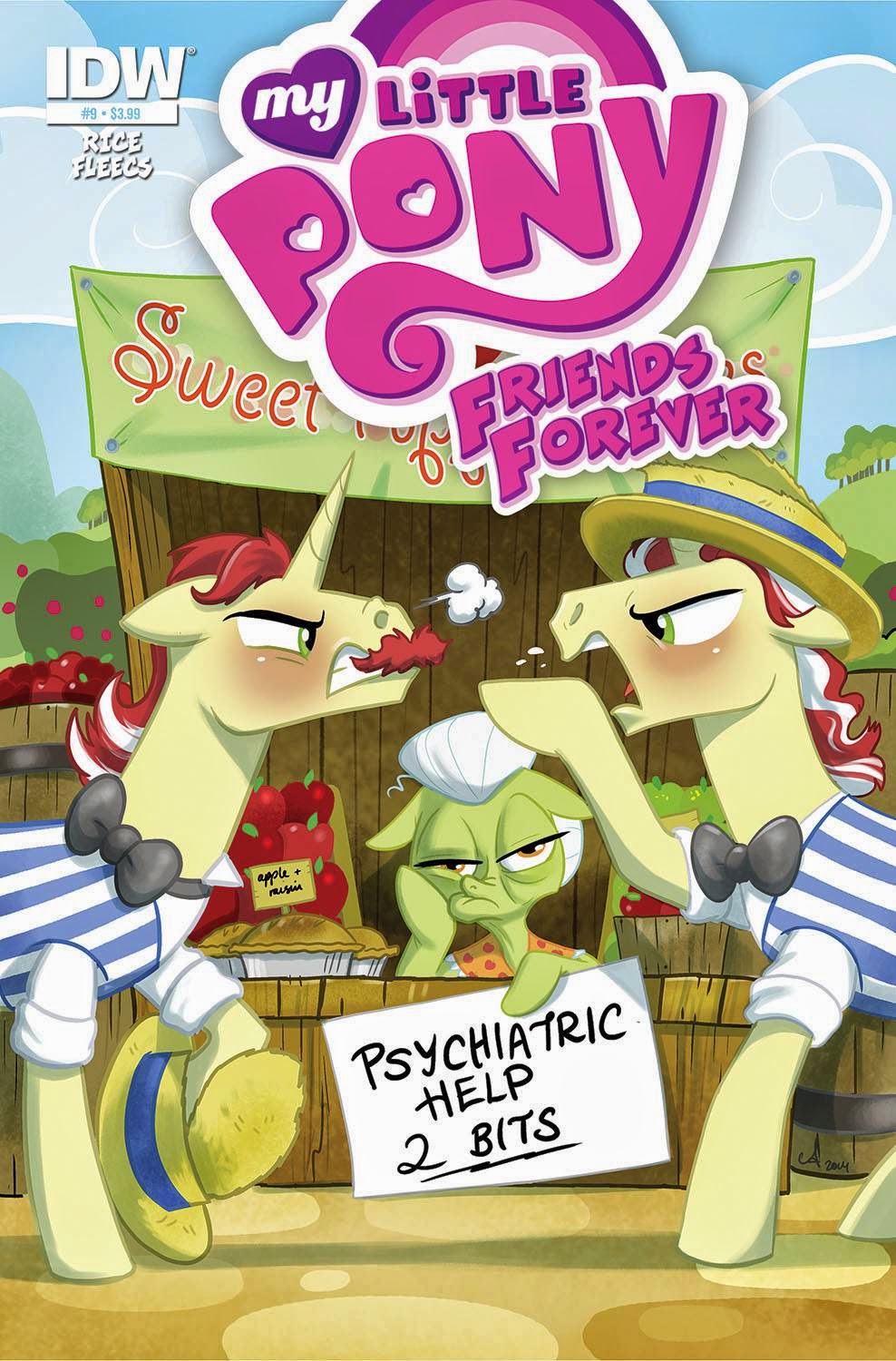 This one features Granny Smith running into the Flim Flam Bros, but also finding herself trying to reunite the brothers after breaking up when a woman dumps them both. There's one word to describe this comic. Boring. Seriously neither of the characters are very fun and the story isn't interesting enough to care about. Doesn't help that for most of the comic Granny Smith is in her "cooky-crazy-old lady" mode

This one features Rarity and Trixie working together to make Sapphire Shore's concert one of her best yet. This is Trixie's second comic in the FF line and unfortunately it isn't a very good one. For starters Rarity is a massive and hostile bitch to Trixie throughout most of the comic...despite taking place after both the S6 finale and Manehattan Mysteries(for comparisons sake, in FF#6, Rainbow Dash was merely slightly annoyed with Trixie, but was Trixie needed help to get out of her pickle, she was glad to help. This was just after Magic Duel). It really feels like the writer, Jeremy Whitley, did not care one bit for either continuity when writing this. Also, Sapphire Shores, despite always being happy and chipper in the show, is also a massive bitch here. Also Rarity suddenly decides to stand up for Trixie in the very end out of nowhere. For a comic featuring some of the show's hammiest characters, this had tons of potential only to completely shit the bed and turn out to be a massive disappointment. The comic had Sweetie Belle and Babs Seed meeting up to hang out, and just makes me wish the comic was about them. I don't even like Trixie and the comic just made me feel very sorry for her 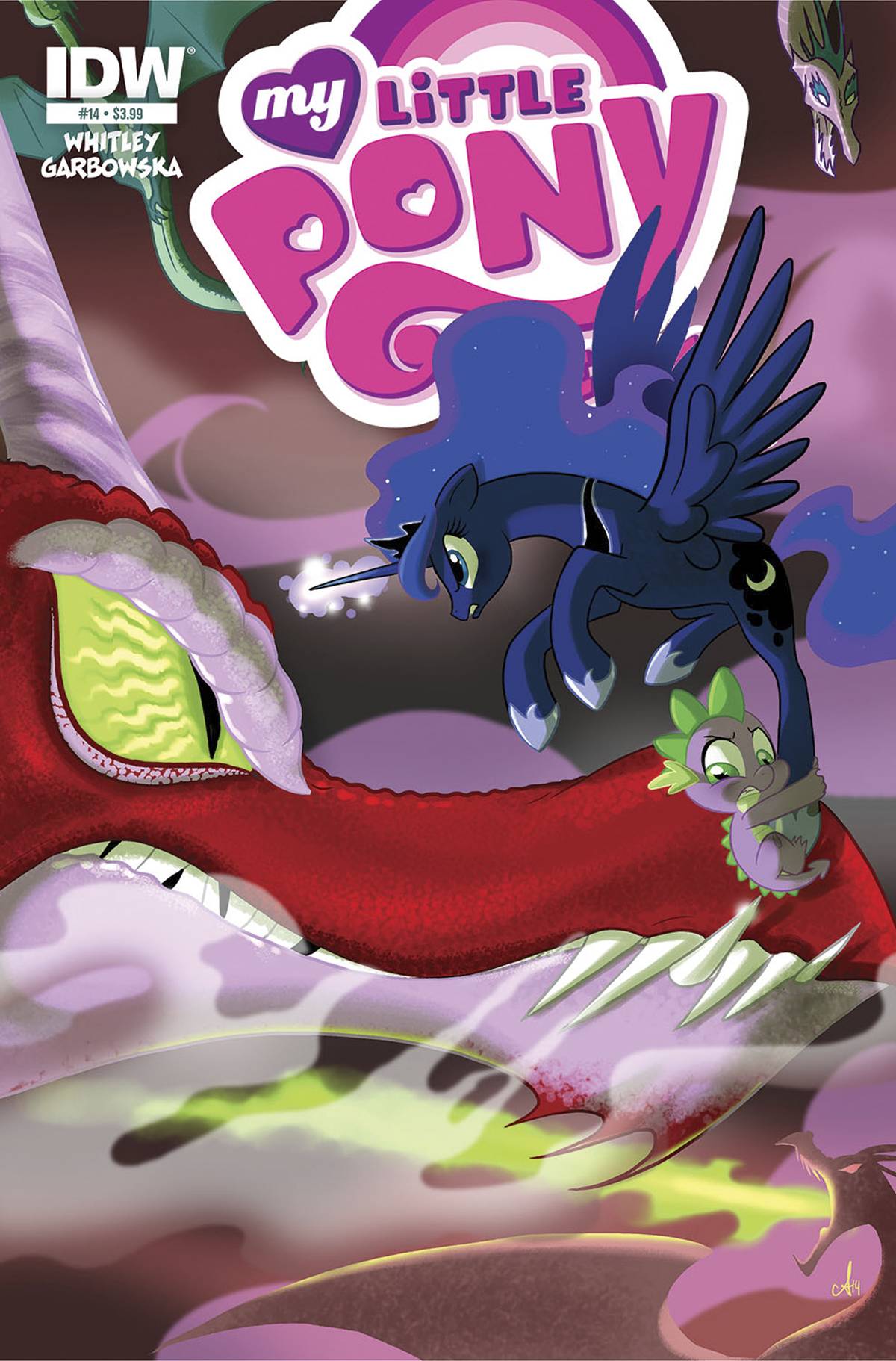 This one features Spike and Princess Luna Fangirl Mina investigating some incidents involving dragons in Fillydelphia. First problem is that this comic hardly features Luna. There was a really weird period in the FF series where the pair featured was hardly featured, and instead the comic would feature a random OC made by the author instead of one of the said featured characters(or in one instance both, OH, WE'LL GET TO THAT). Instead of Luna, we get to know a dragon named Mina(who also turns out to be a massive Luna fangirl...which is awful) who also serves as a political mouthpiece for Whitley. Another problem is that there's a sudden Dragontown in the middle of a major pony city out of nowhere, with very little explanation("muh politiks!"). The comic is just a huge mess with a very misleading premise, an annoying character replacement for Luna, major continuity errors, and subject matter that IDW has constantly shown it's terrible at tackling 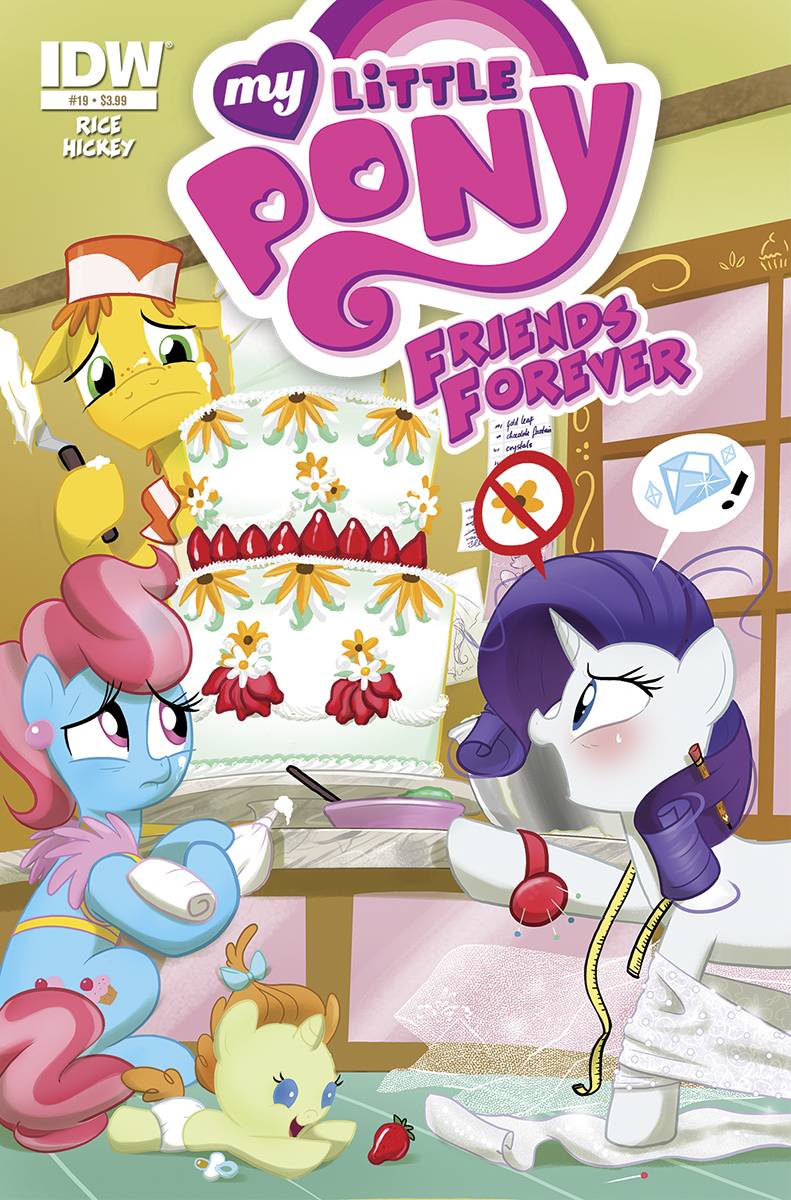 This one featured Rarity trying to start more business working with the Cakes in hopes of being the most famous wedding planner ever. The FF line really...wasn't kind to Rarity. For every great comic(Babs, Maud, Gilda) she always followed up with a bad comic, usually with her being the worst part, usually being a huge idiot(AJ), a huge bitch(Trixie), or in this case being a huge screw up who's too in over her head. For starters, the Cakes are barely featured in it, and instead has Rarity mainly interacting with a bunch of random characters such as another big wig fashionista as well as AJ's billionth cousin. The comic also spends most of it's time with Rarity screwing up everything, only to have everyone else(The Cakes, Spike, etc.) fix her screw ups 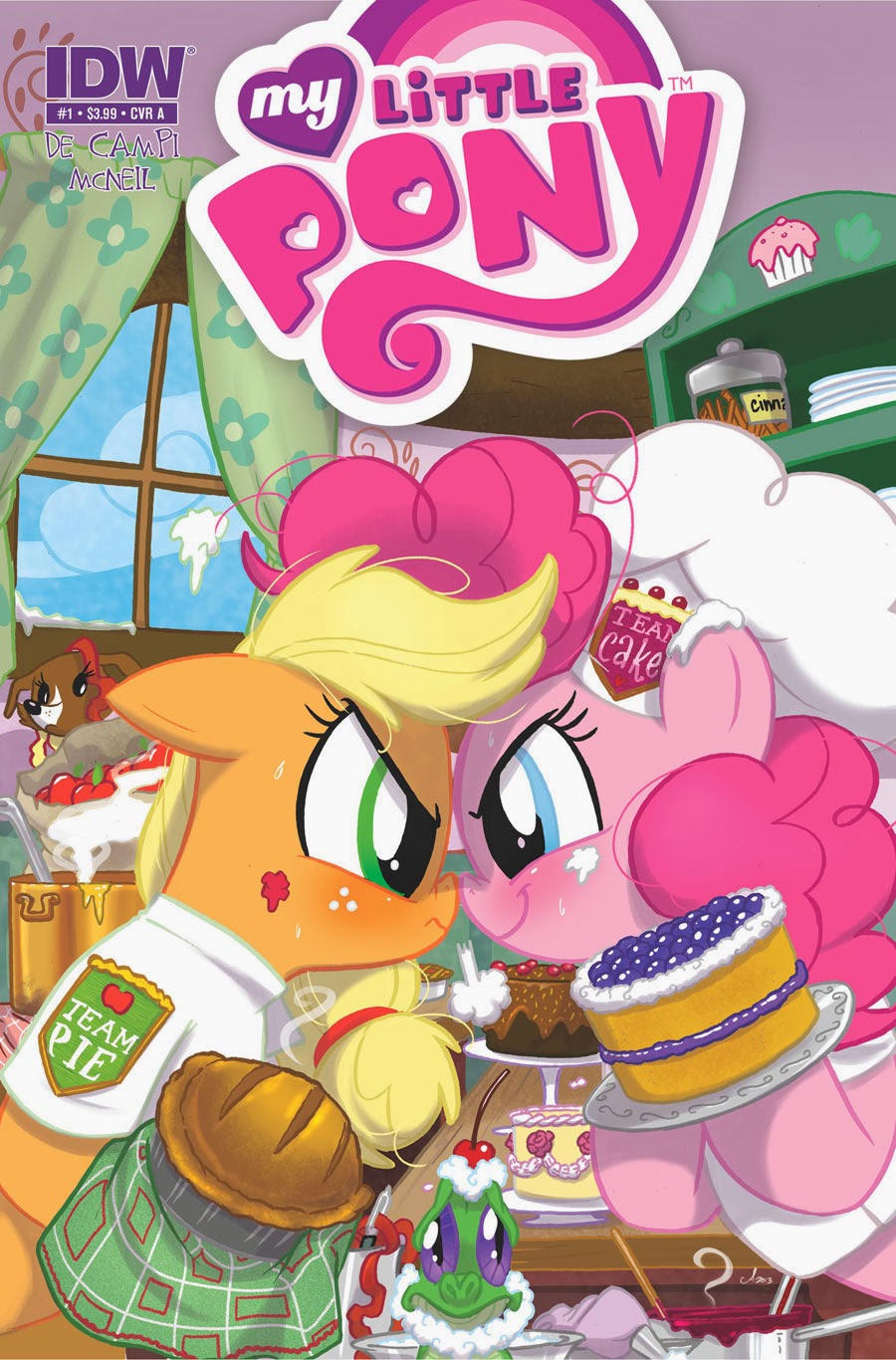 Almost all of FF's reoccurring problems can be found here. This one features Pinkie Pie(lol) and AJ(lol) in a baking contest...except that never happens. Instead the comic is about a random OC baker who gets confidence advice from Pinkie and AJ to win the baking contest...also the main villain is a Fluttershy recolor who gets unfairly kicked out of the contest. For such a shit start to the series, it's amazing how much it the series would improve

Dishonorable mentions: Rarity and Applejack(#8), Pinkie and Granny Smith(#27), Twilight and Cadance(#30), Fluttershy and Iron Will(#10) 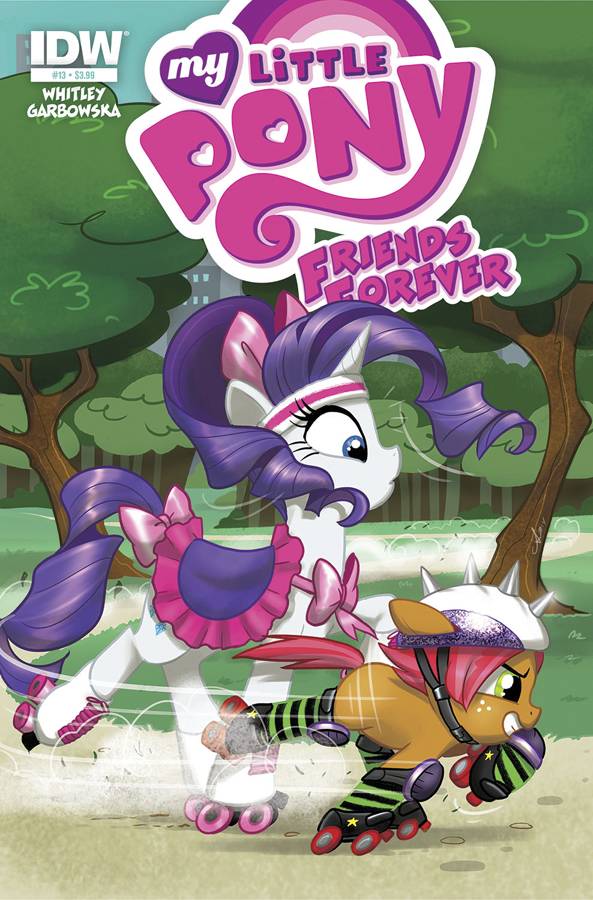 After Sweetie Belle gets sick on the day of her big trip with Rarity, she need someone else to spend some time with, enter Babs Seed. This is easily Rarity's best comic in the line, and it's a great one. One thing that helps it stand out is that this is one of those strange pair ups that work really well. We constantly see them do things outside their comfort zone and enjoying it together. We also see what Babs Seed got her cutie mark in, which is nice. 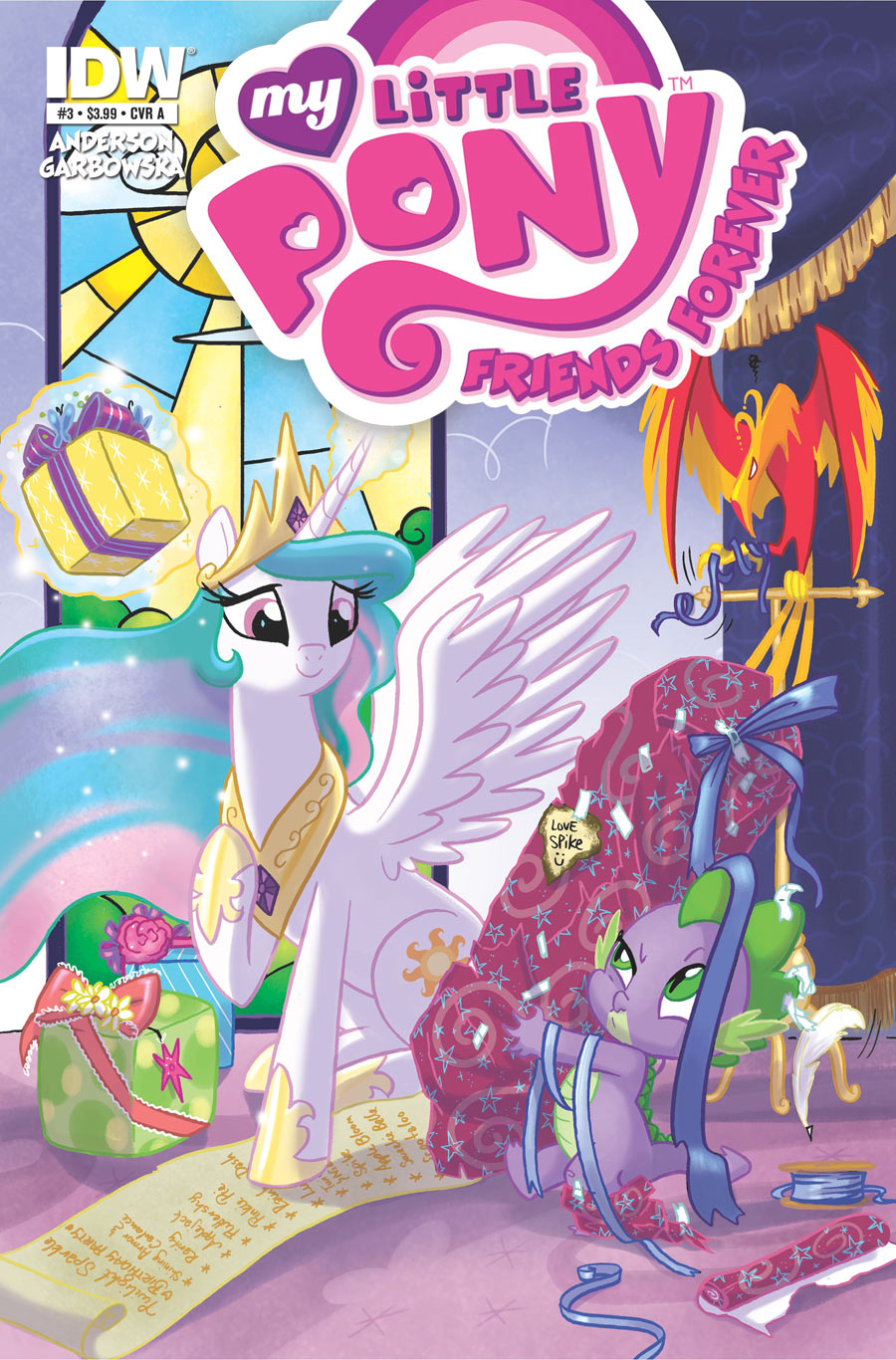 This one features Celestia and Spike going on an adventure to find the perfect gift for Twilight. Part of what makes this comic special is that it was the second instance(first being the Celestia's Micro) where we got to get some meaningful insight into Celestia's character(namely how she works as a teacher). It also give Spike and Celestia something to bond over, as well as letting them shine in something outside their comfort zone 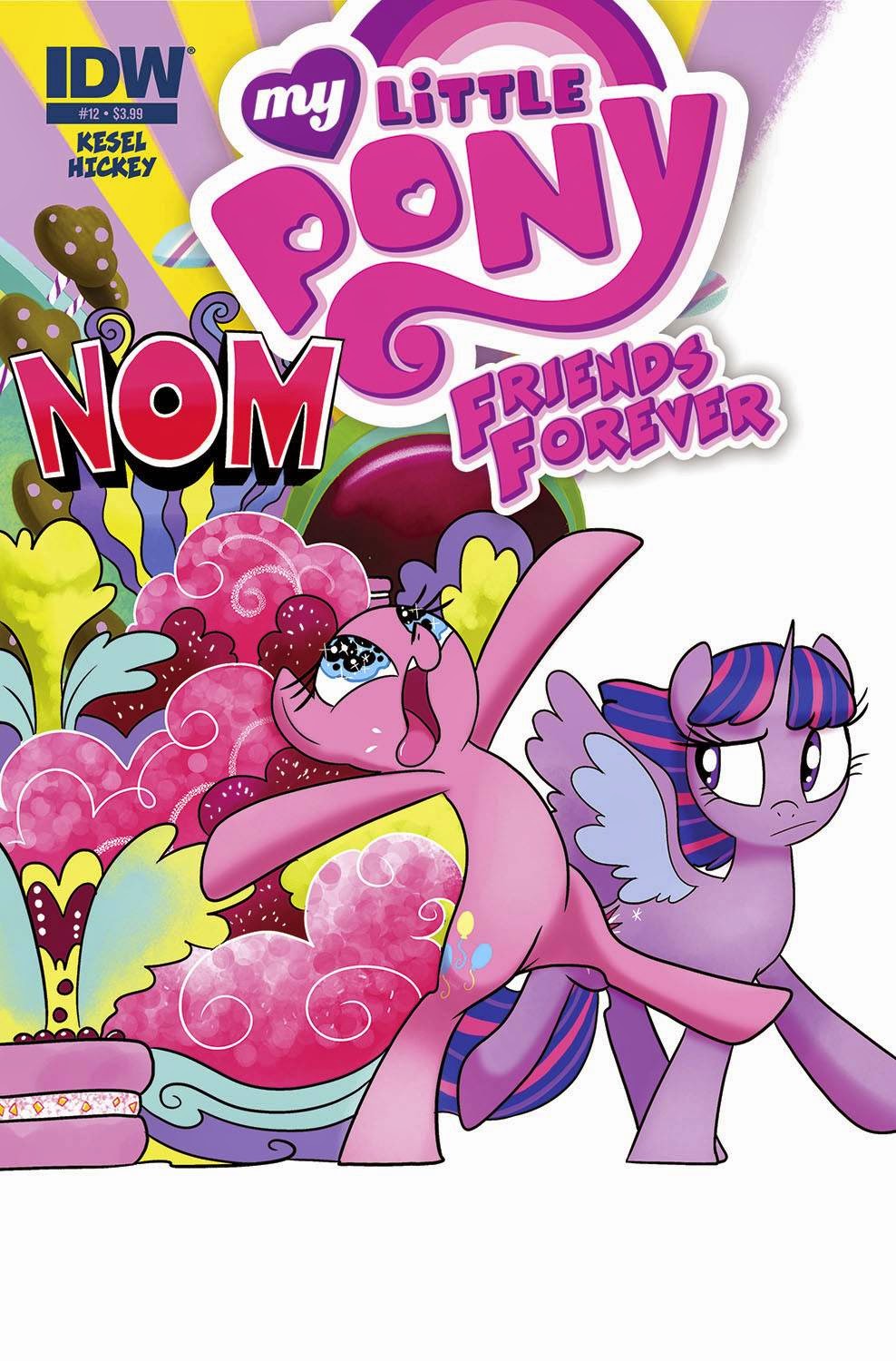 This one involves Pinkie enlisting the help of Twilight to learns self control and resisting some of the greatest sweets ever. This one is easily the most fun comic in the entire line, as most of Twilight and Pinkie Pies situations and solutions wind up with hilarious results. Also full of lots of visual goodness and funny expressions, that ends with both Pinkie and Twilight having these "Phenomenomnomnoms" anyway, only to find out the right solution to beat the addiction...by saying she can't help and giving up, which puts Pinkie in a "Help my friend mode" and learns that she must need to resist and beats it. Overall it's just a real blast. 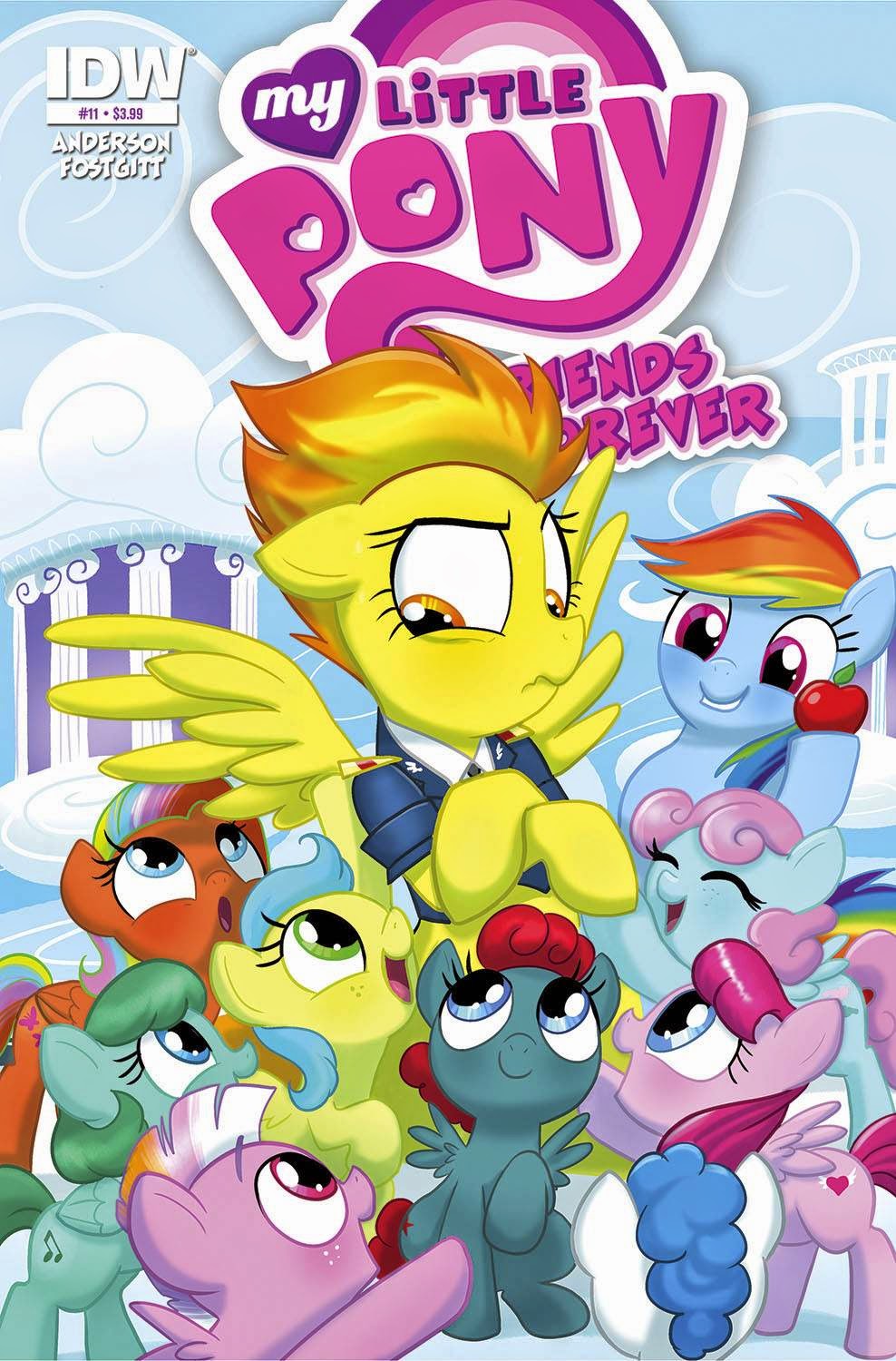 This one has Spitfire asking Rainbow Dash's help to teach fillies and cults how to fly. From here we go from "great and fun comics" to "these were fucking desperately needed". This comic came shortly after Rainbow Falls and by god did Spitfire need this. The comic decides to have the "your heroes aren't perfect" moral, but whereas Rainbow Falls portrayed her as a backstabbing she-demon with no redeeming qualities, this comic has her overcome her inability to teach children(whom she admits she's terrible with, and has difficulty teaching as opposed to the cadets), on top of that it makes sure you root for Spitfire and remembers that you're supposed to like her, with Rainbow Dash' help, and works as a great supporting character. This is the first comic is Fosgitt's first and while the art is still hit or miss, this is definitely one of his better ones. 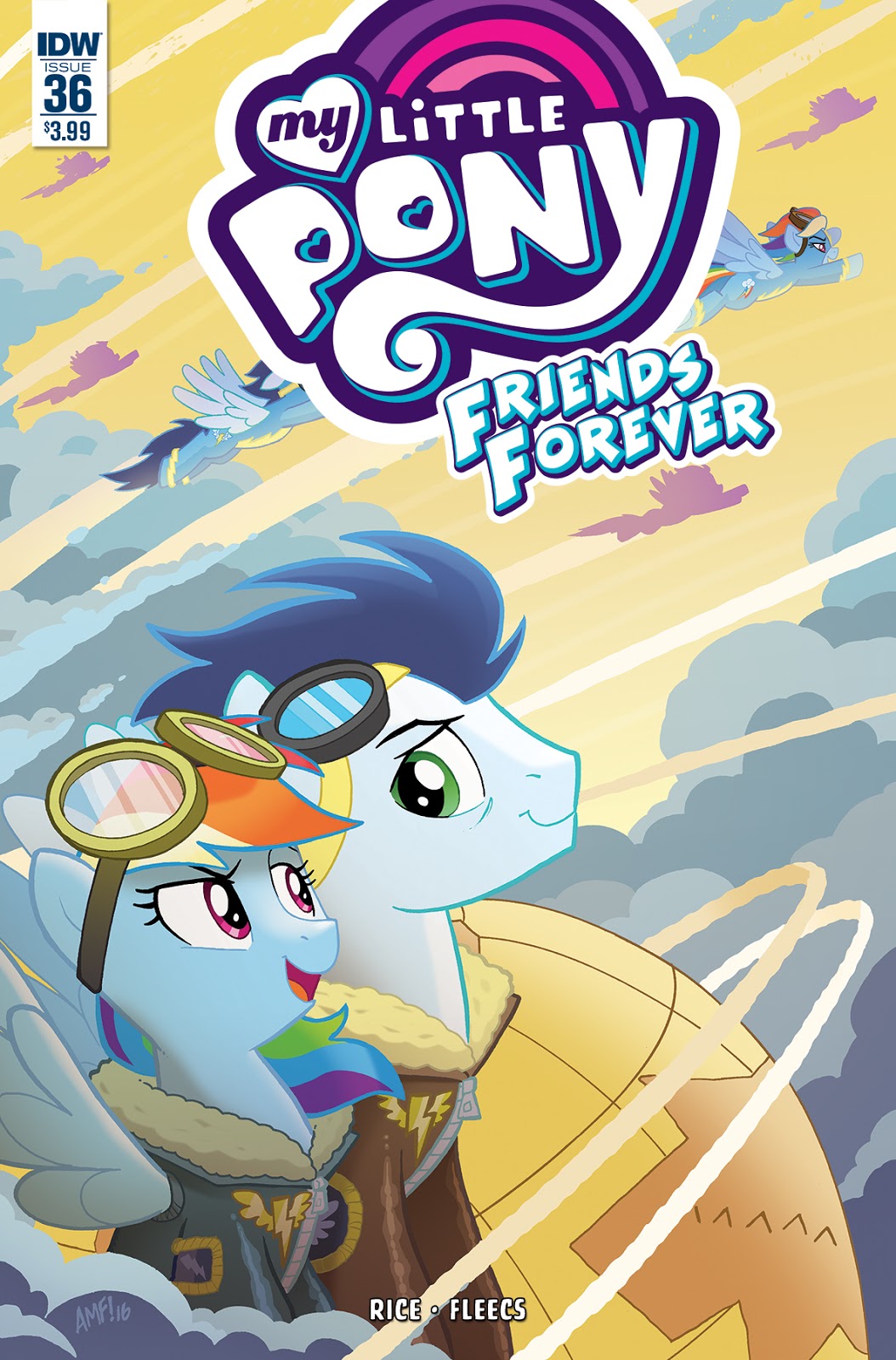 This one has Spitfire sending Rainbow Dash to help Soarin on a dangerous mission to bring a cure for a disease to Yakyakistan. Much like FF#11, this comic was desparately needed for every character involved after Newbie Dash. This is probably the first official accusation fic we've gotten as there are lots of addressing the flaws of Rainbow Falls, and is probably the best example of one, as it never goes out of it's way to turn anyone into little Hitlers. The comic starts out with Spitfire sending RD to help Soarin' on a mission, but Spitfire doesn't go herself because she still feels bad over what happened during RF, and thus still can't muster up the courage to make up with him. Meanwhile we get a lot of info on Soarin, namely how the events of RF affected his he has to push himself harder as he's not as naturally gifted as the rest of the 'Bolts and thus put in more effort. Spitfire also eventually musters up the courage to apologize after some convincing from RD. After taking a real beating in S6 RD, Soarin, and Spitfire really, really need this and it did them wonders. If there was any comic I'd wish they'd make into an episode, this would be it.