First, the theme of the episode seemed excessive in the execution. But it's not exactly rare that the writers do that and go all the way, like here with what amounts to mass insanity, making one wonder why the mane 6's popularity never seemed to have been received like this before the book publishing.

Second, the episode obviously conveys the point that if you adress the masses, better not let them know you too well and let you not know them too well. It's not desirable and not good, but sometimes the world can be tough as nails. But these situations are exactly where one has to decide to make an effort, to not just swim with the current, because the water stinks. Identify what is your sphere of responsibility and what is others and then avoid overextending. Going out of your way is commendable, but responses to that should be taken as indicators of whether it is appreciated.

Which leads me to the third point: This episode could almost be seen as a critique of the MLP fandom (but also of society and fandoms in general). And it is also how I feel about it sometimes. People have all kinds of reasons for liking the show, but the probably most valuable and most-needed part is often not really taken to heart. Or mind, if you will. Actually making an effort to make the spirit of Equestria come to life not just in easy but especially also in testing times, through honing character, I often felt that missing, including after my observations and experiences at conventions. In spiritual lingo one would say "bliss junkies".

The eventual song number took me a minute to thaw to because it was so bluntly thrown against the problem, and I could predict the (non)reaction to it (At one point I cynically thought that after it the rabble would probably ask for free concert tickets.), but it was a really nice, uplifting piece whose lyrics at times also felt to me like adressing the fandom. Felt a bit like a celebratory review to a last season actually, like a looking back at a long journey. Which made it even more touching. They also contained some headscratchers though. Do they really like what's flawed about people or do they have an easy time overlooking it when willingness to work on oneself is there? And Dashie's cocky confidence gives her the courage to fail? I thought she always had that and it was to not-quite cover up her fear of failure. (Little gem from me here: Failure is that which is at war with failure.)

Very nice conclusion: Just accept that you cannot adress the masses with high virtue material and expect it to be integrated. Unsurprisingly then it was foals who were still open to it, and those who are are the ones deserving to receive your attention and energy.

The episode is also art in that it offers people an empathic experience regarding the type of fans aimed at. Watching that mass insanity is painful, and you might go: "What warranted this suddenly?". That's how it makes the writers feel. When the mane 6 sing their beautifully uplifting song and then right after it - BAM - NOTHING received, that moment really sucked, right? You go: "This is becoming horribly cynical if not even an episode's highlight can solve the problem anymore". That is how it makes the writers feel. Over 20 minutes you are having their experience, so that you hopefully understand them and recognize the value of what's important about the show.

And the end was conveying the lesson of how to avoid overextending. Did you notice Applejack was first in mentioning they need to deal with the problem at hand, and Twilight said she should stay in the friendship moment? Applejack sang in the song that she has a tendency of wanting to please everypony. The mane 6 there had to focus on their close friendship to recharge their spiritual batteries for a bit in the face of overwhelming hostility.

I myself certainly had and still have to learn in a painful way that it is alright to give up hope on some people or to lose respect. It is a bow of appreciation to the good things in you that said people do not appreciate. They can eventually pick up the bread crumbs if they're lucky. They would just choke on more than that. Going all missionary on them would only feed the insatiable and signal that they have power over you, which is what the whole madness is based on. Sometimes it is wiser to let people stew in their own juice.

P.S.: At this point I thought: Oh yeah, Dashie, REALLY skillful attempt at a disguise, especially for you. 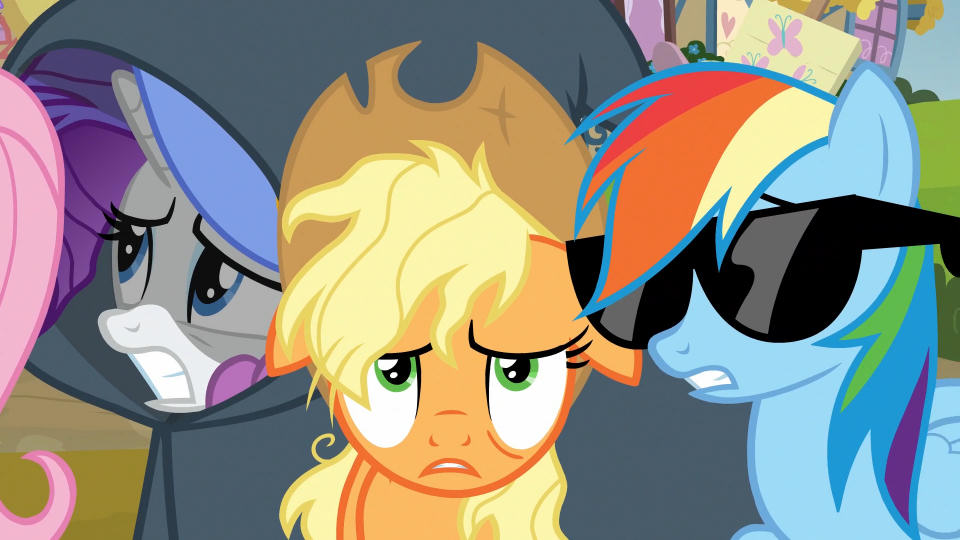 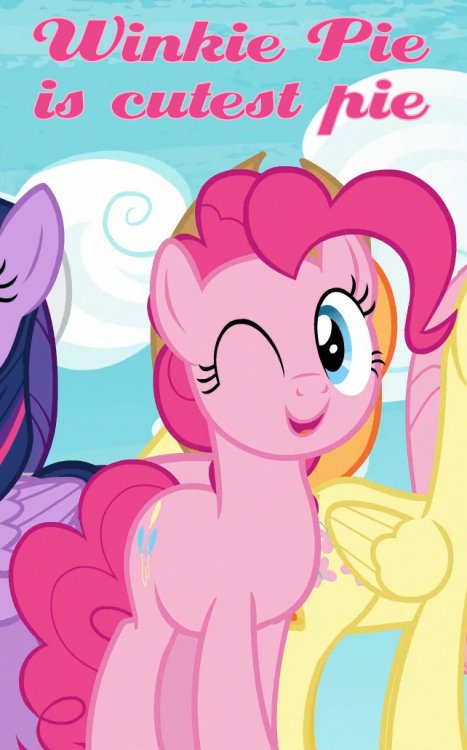