The benevolent witch is a concept that was insufficiently explored with Zecora and Meadowbrook. Indeed, this is what G4 Fluttershy might have become if she was written to be a hero that is allowed to be introverted yet self-dependent and immersed in her knowledge of nature, but that door is closed now. I realize that this article contains only my selfish musings about a single path new Fluttershy might take. That said, she should not rely on her shyness and her princess-like fondness of animals to move her own story. That is a well of ideas our glorious writers have already completely exhausted, so if the whole focus of her character is to overcome social anxiety they should just give up as they are only retracing their steps plagued by old mistakes that they were tasked to address with the new generation. This is an attempt to make Mane 6 more appealing as standalone characters who can also function within a group. They need to be interesting and relevant even when you remove all the pony friends and morals. 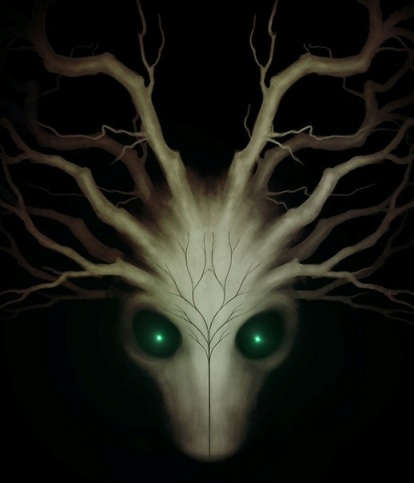 Unicorns are proud and narcissistic creatures that praise power and beauty above all else. In this exclusive society there is little room for those who lack ambition. Fluttershy was one such reject. She had been orphaned at a very young age due to her parents perishing by the wrath of a dragon. With only disinterested caretakers and overly competitive peers to steer her development, the shy little filly had soon been led astray by the innumerable temptations of the great outdoors. Flowers, berries, birds, and little critters of the undergrove had become her playmates and her teachers. Though not being able to understand their chirps and squeals she had begun to learn from their behavior, slowly but surely unraveling the sylvan secrets.

One day she met a peculiar stranger: a haunting figure masked in green, it was nor a unicorn nor a deer. Silently it beckoned her onto long forgotten trails leading her deeper and deeper into the woods. There, among the tall dark trees stood a hollowed trunk dressed in moss and lichen. Inside she found an abandoned lair of a forest witch filled with dusty tomes, rusty cauldrons, and strange instruments of unknown purpose. She knew that she should have been scared but she was not. She was home. 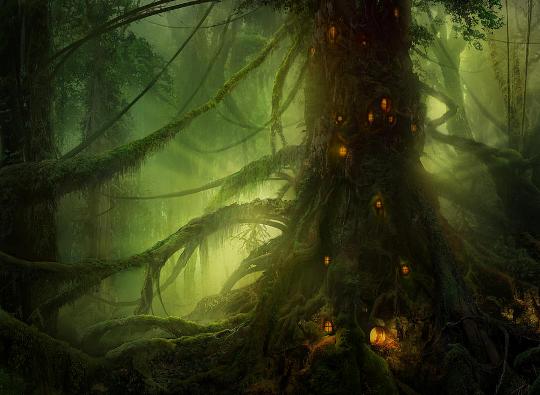 From the tomes she learned how to heal, how to poison, how to perceive, how to summon. She even found a way to finally understand the language of her forest friends in earnest Slav magic. Their whispers spread swiftly among the crooked branches and she soon began discovering more and more ill and injured creatures waiting on her doorstep. Another witch was born, and with her yet another forest tale about an evil enchantress preying upon curious foals to turn them into a tasty stew in her big bubbling cauldron.

However, nothing lasts forever, and so even her blissful solitude comes to an end. A ragtag group of strange ponies is seeking refuge in the dark woods, chased out of the glamorous unicorn capital by an overwhelming might of a great evil that has followed them into the shard. The powerful unicorn magic has been undone. And so the last pony reluctantly joins forces with the group in desperate search for magic that will be able to save their shards from destruction.

(Origin story is explored after the Movie) CUTIE OF THE GROVE

Fluttershy is not a proficient mage. She can lift smaller objects and handle them with great care which makes her an excellent medicine mare but not much else. Her projectiles are more distracting flares than spells of destruction. She likes to form and manipulate glowing illusions, especially butterflies. Her patients absolutely love it. Speaking of patients, her lair is home to one sad squonk and a couple of ferocious giant snails that guard it from ill-natured would-be intruders. But to say that Fluttershy does not have arcane potential would be false. Witchcraft draws from nature but can also summon it to aid in time of need. Only a fool would try to assail a witch on her home turf.

You scratch my back and I'll scratch your enemies 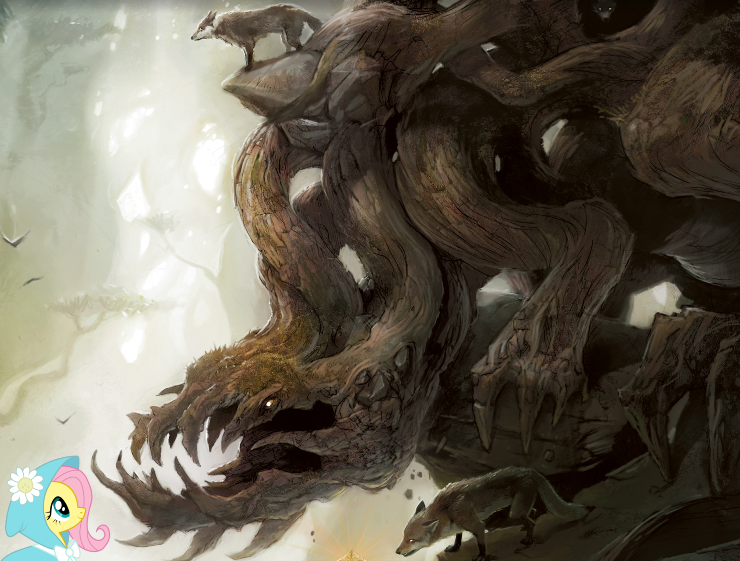 Fluttershy is quite talkative in the company of most forest creatures. She also enjoys singing and mumbling (menacingly) to herself while gathering ingredients or brewing potions. However, she is far more reserved in the company of ungulates which is probably for the best since her tongue can be quite sharp and insensitive, especially towards other unicorns whom she views as mean and ignorant. The barrier between Fluttershy and Flutterjerk has become tenuously thin, as has the barrier between her and Flutterbat. As is befitting of those who walk the green path, she is as kind and nurturing as she is wild and relentless. But do not mistake her behavior for mindless courage. Her senses are remarkable and she tends to turn tail on danger like any smart creature would. A tree can grow back, a pony cannot. The forest does not produce heroes but survivors. 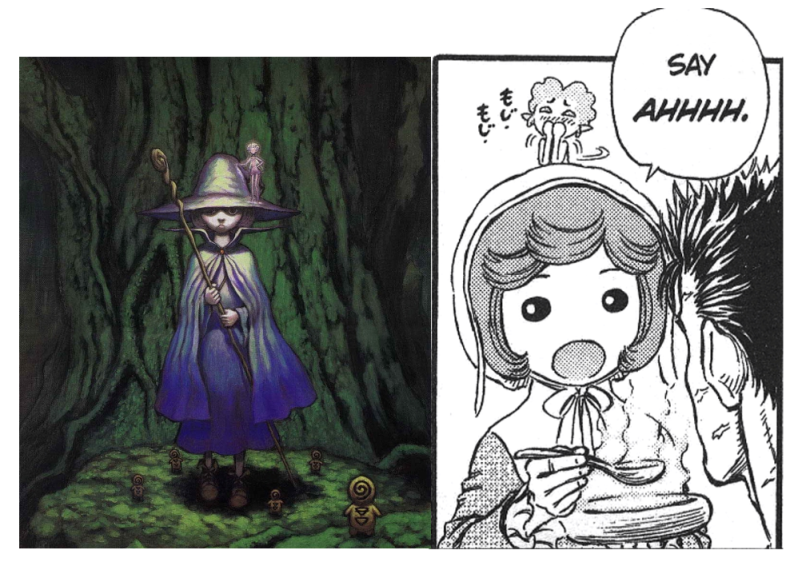 Making her a visually cute nature expert should be a priority; however, giving more attention to an enticing "bad" side can create ample opportunities for character development and humor. With proper caution and smart dosing, such blasphemous poison can do wonders in elevating the character. In time, Fluttershy could move closer to her G4 counterpart without falling into the trap of stagnation since her new circumstances and convictions support stories on the basis of her as a forest witch and not as a pony who just needs to become more assertive. Consider this a vastly superior upgrade from Sunset/Starlight development model.

MEGHAN ASKED FOR THIS

I believe I'm speaking for all the neckbeards when I state that giving Flutts an Asian VA with a kawaii voice would be very acceptable desu. Diversity, my dudes!