As I would say: Another "My Little Phony" episode. 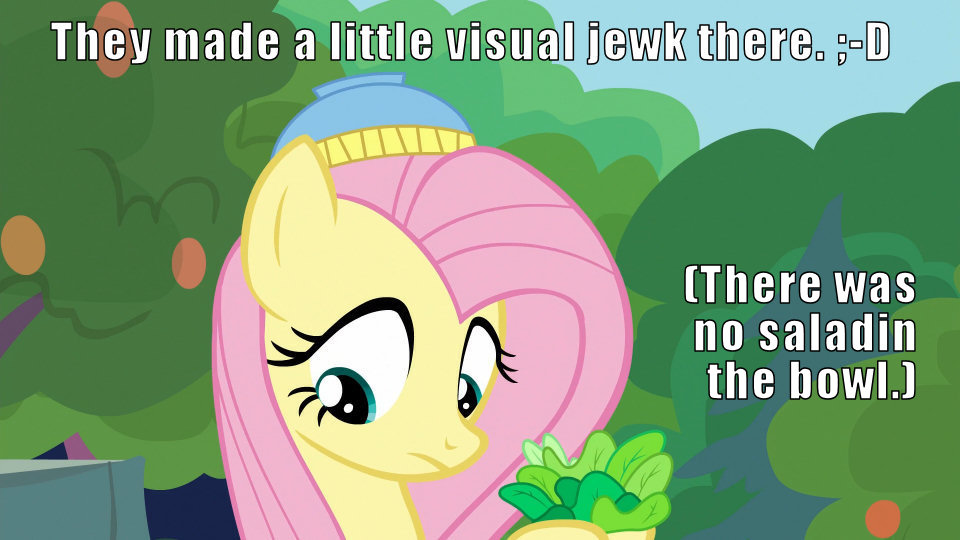 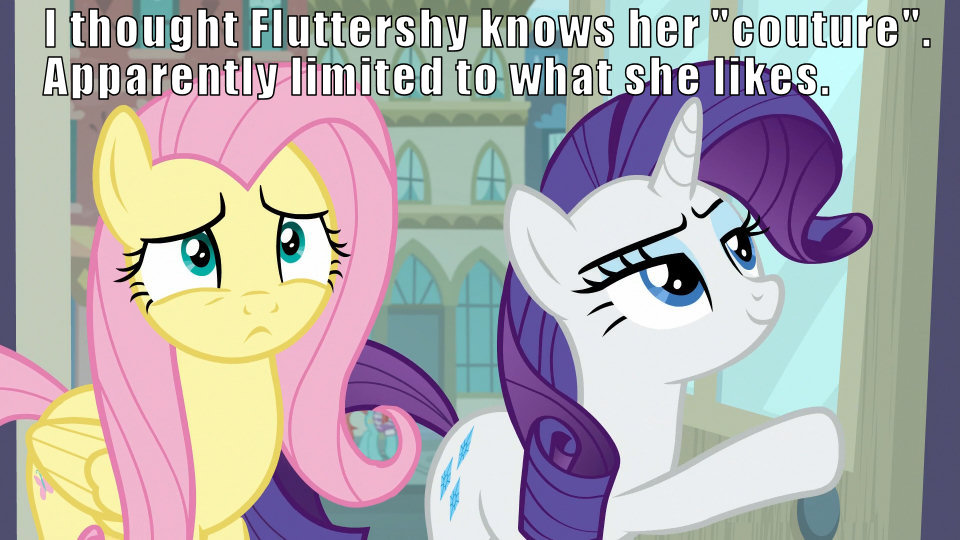 A cynical episode. One of MLP's messages is "be yourself", now it's pretending for wacky people to make money. OK, surely just as another lesson, and a new environment can bring back challenges thought mastered earlier. 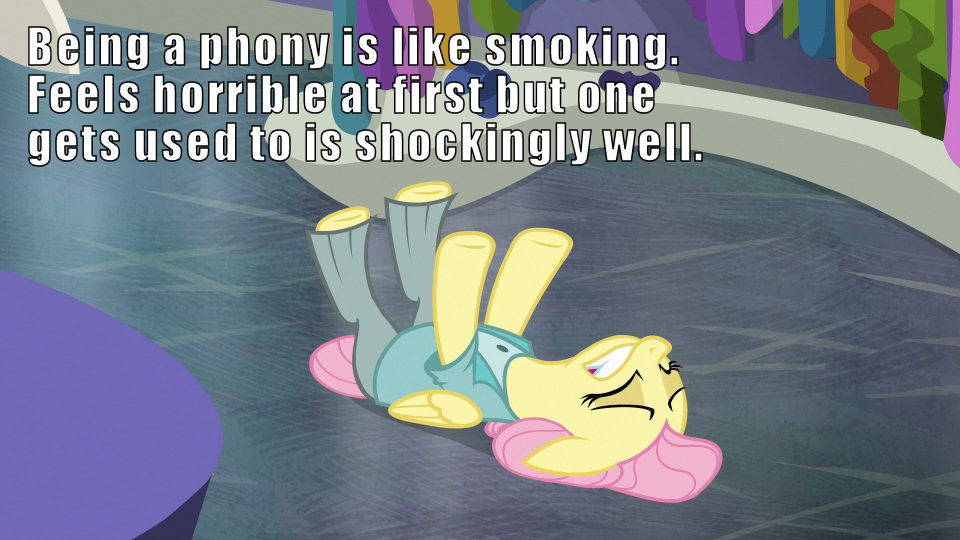 (Caption typo. Can't be donkeyed to correct it.)

So judging by Rarity's average clientele, it's a whole lot of playing pretend in the Manehattan fashion scene. Should come as no surprise. It's kind of in its nature where people wrap themselves in ever-fancier garments like the daily bread. 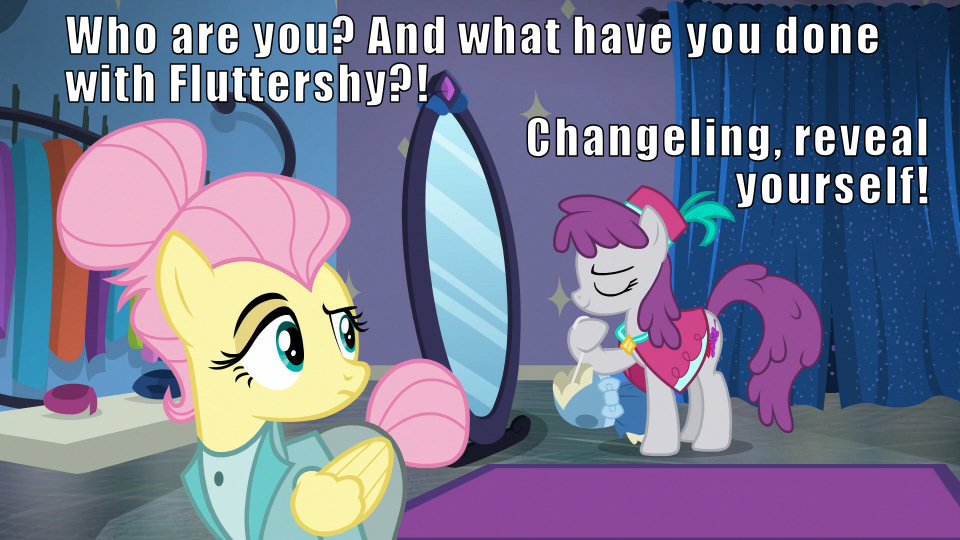 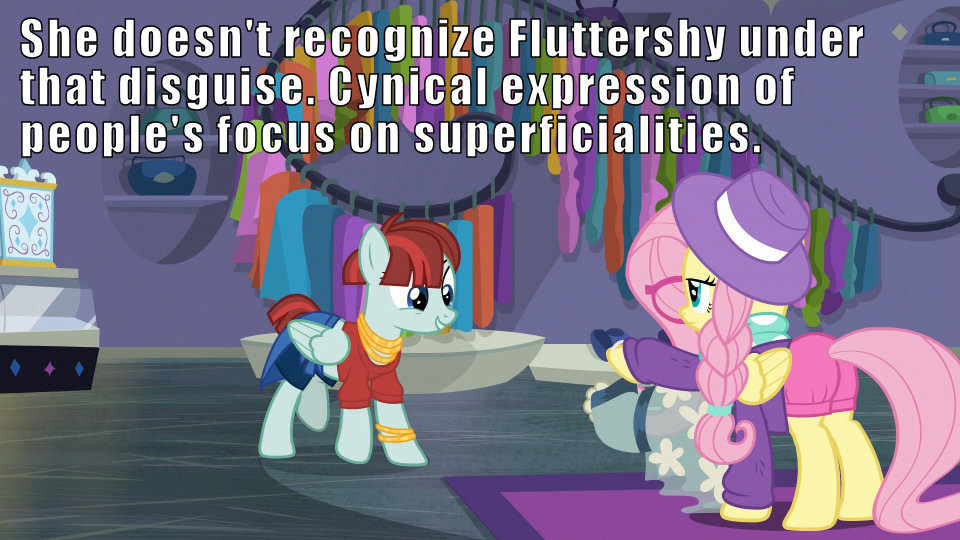 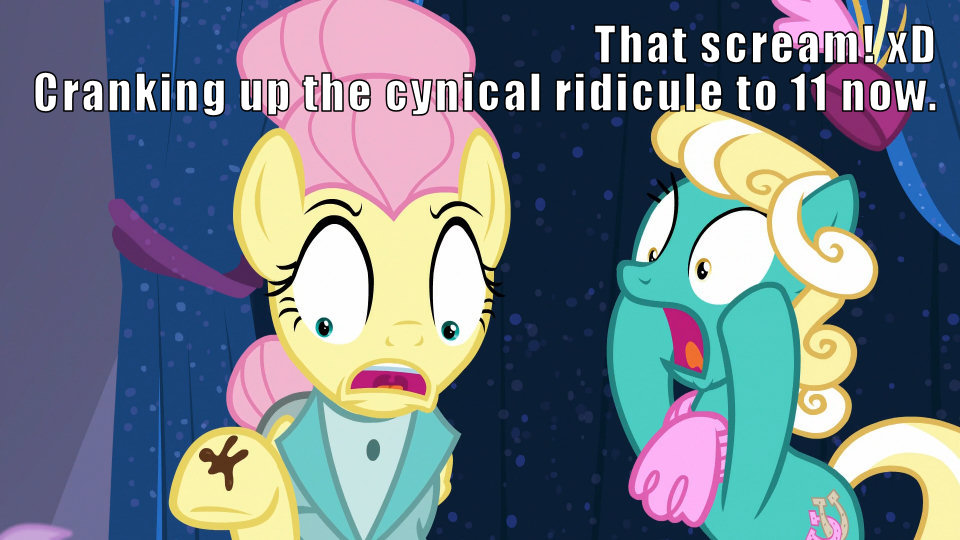 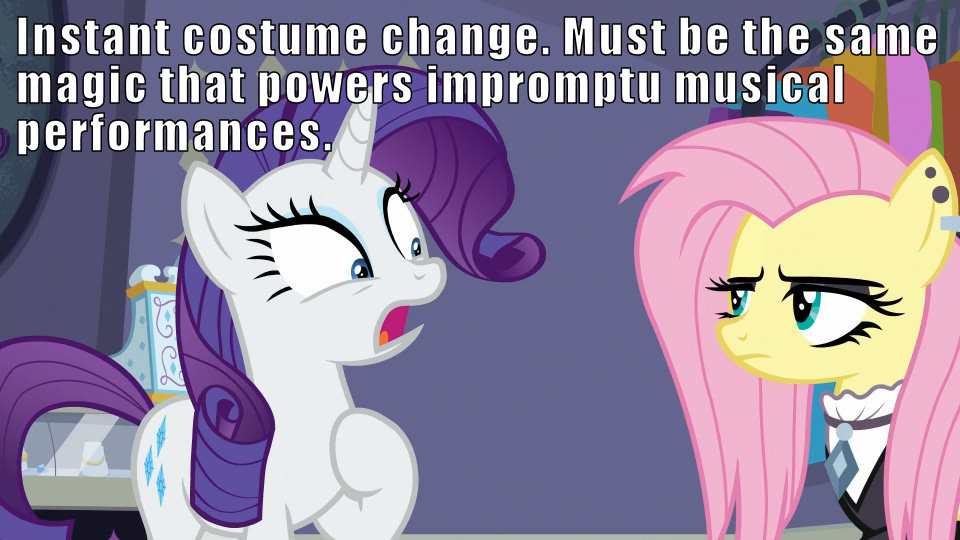 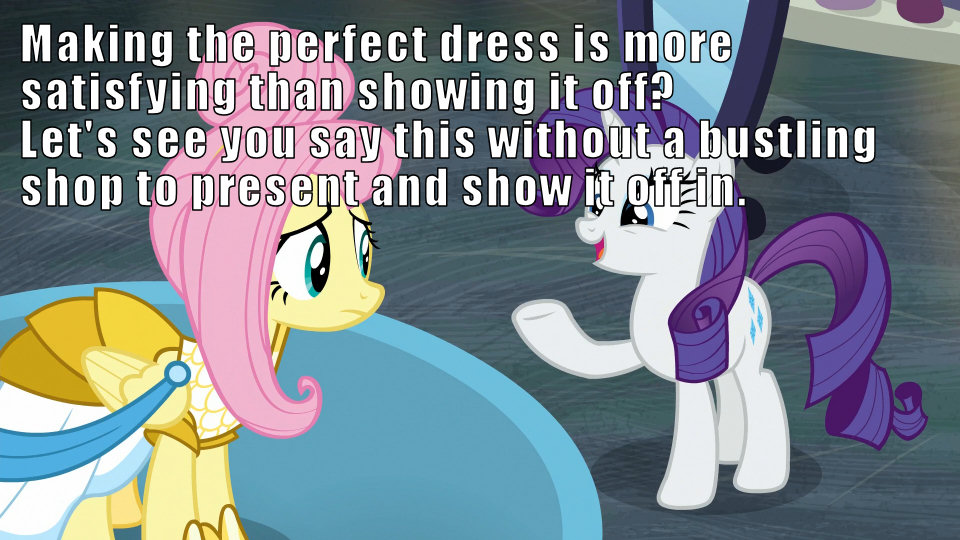 The lesson is if you're assuming characters to please others, the greatest danger is that you might start to like it too much. It can become a convenience, a hiding place. It's all external. Being oneself and empowering THAT can be hard, and Fluttershy is a sensitive pony thrown into an environment where that applies very much. (So you see, roleplaying can have love or fear as driving motivation.)

I could also imagine that subconsciously she ended up spiting the customers with her roleplay because that's how she felt inside and wanted to vent that. She was using the pretentiousness to shun the pretentiousness; becoming a living mockery.

An angle I also consider in all this is that the shop clientele are struggling with the same issue as Fluttershy here. It's game that you either join and coerce others to join, too, or you make an effort to transcend it and heal yourself and others.

Fluttershy needed help there. She was overpowered by the situation.