This is Urania. Despite her young looks and small body, she is already 25 years old.
Because of her appearance, a lot of ponies see her as a child and usually treat her that way, which is one of the few things that can make her angry.

Urania has an asymmetric cutie-mark. On the right side of her flank is the Lyra constellation which contains the star Vega, while the left side has the constellation of Aquila with the star Altair.
She got her cutie-mark at quite a young age after discovering her love for astronomy while stargazing with her grandpa. Her cutie-mark also represents the legend of Vega and Altair – her favourite story.

She was born in Manehatten and she still lives there. However, her parents are from Japony, which makes her Japonese as well. Unfortunately, her father died before she was born.
Her mother, still pregnant at the time, fled to Manehatten with her father (Urania's grandpa). There she sadly died shortly after giving birth.
Thus, Urania was raised by her grandpa, who still lives with her today. She loves him very much.

She celebrates Tanabata, a Japonese star festival. It celebrates the meeting of the deities Orihime and Hikoboshi (Also know as the stars Vega and Altair)

Urania studies Astronomy at the Manehatten Scientific University (MSU). She is currently in Canterlot as part of her studies.

Urania is a bit of a quiet pony, though not because she is shy. She actually loves being around other ponies, but she prefers observation over talking.
However, once you get her going about astronomy, there is no stopping her. She gets really excited when she gets to talk about the things she loves.

More info to be added later :3 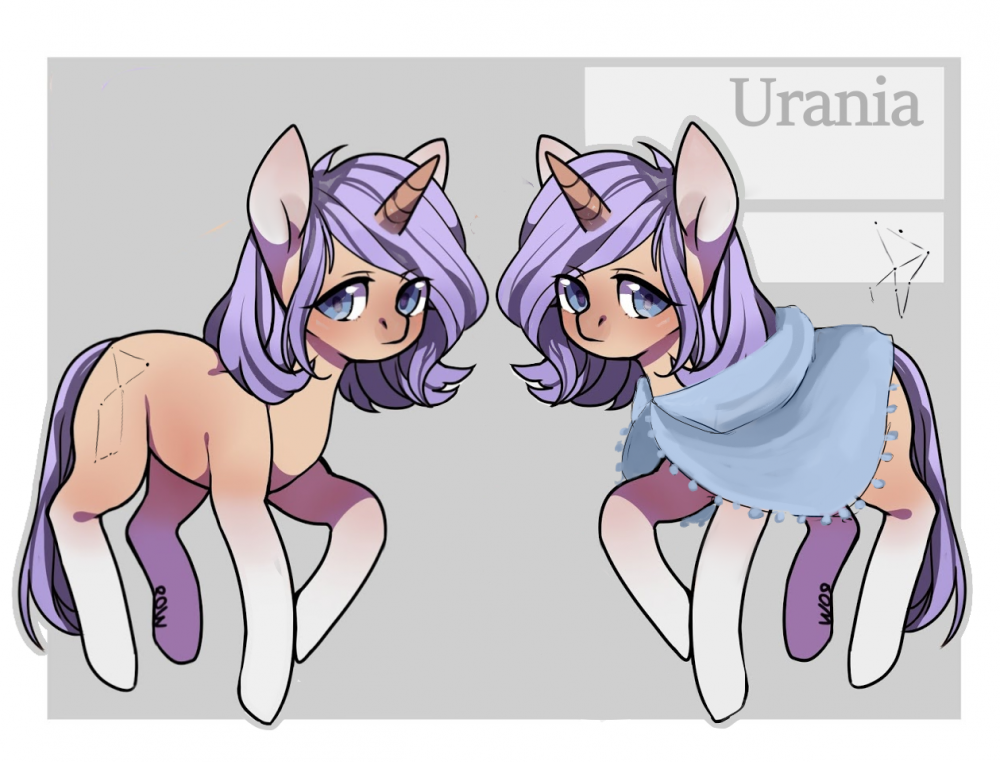