Here was the description I got from Samurai Equine:

Recreating this town might be a big job. I never really made a map for two reasons: 1) I don't have that level artistic ability. 2) Since this RP is open for anyone to join at any time, I always want there to be room to grow or add features that I didn't think about before. For example, if someone joined and wanted a cloud city above Friendshire, I'd be okay with that. It'd still be part of Friendshire, but you see what I mean.

And Windy Breeze pointed out how Sundea Delight had her own Polar as well.

This was my response in paper:

I made many main streets and side streets. I didn't start naming them until recent but as I was drawing the streets, I was having the urge grow.

I tried skipping to making the Town Center. It is a magic thing that changes to what ever the town needs but it was a failure because while I can think in 3D I can not draw what I had wanted. This was what I made:

I sorta based it on the Crystal Heart due to it's magical nature but my failure to make it clear in my 2D drawing made me put it aside for now.

At this point I had to make it clear, there are far more buildings and such that have yet to be marked. There are both small and big buildings unnoted.

I began designing some of the houses/buildings we do have noted like the Icecream Parlor and Trilby's house.

Soon Samurai wanted me to move the house and I realized the problem with paper. While it is good for planing, any adjustments would need another sheet and instead of redrawing everything for just one edit, I began making digital ones: 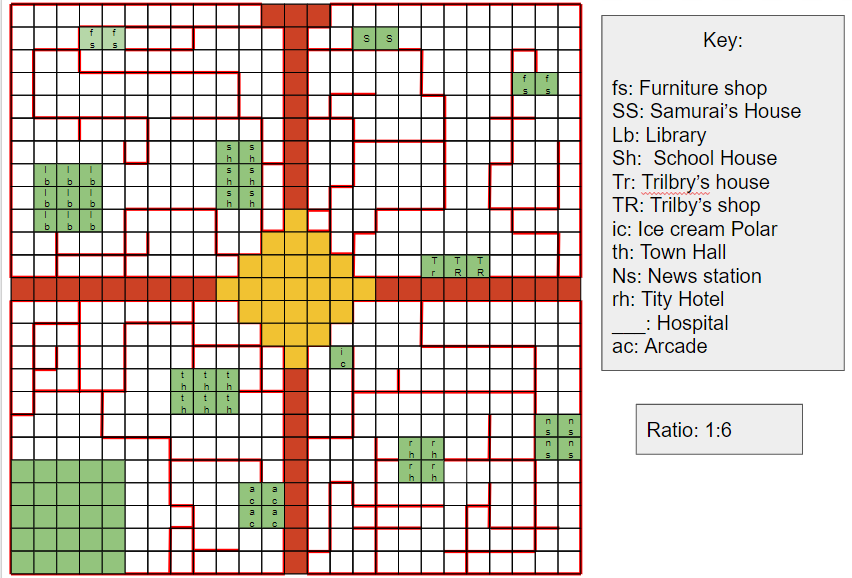 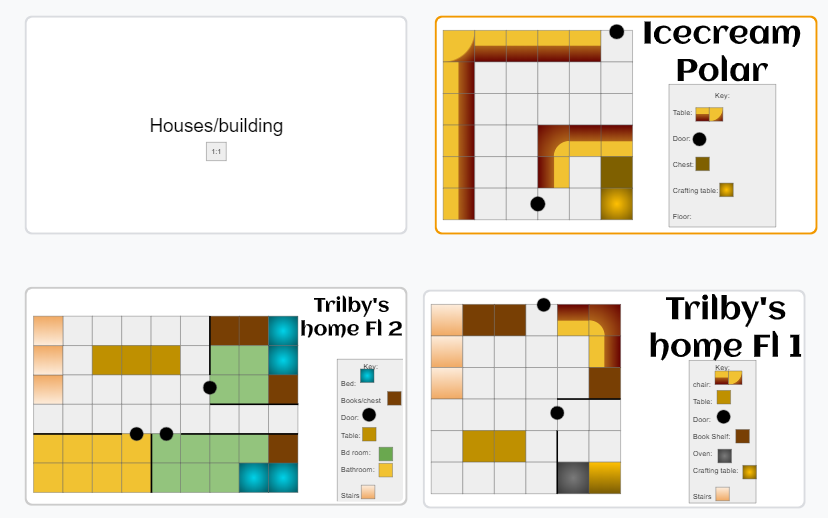 I said this with these images:

Progress for the houses and a single shop DIGITALIZED!

and yeah, Trilby's second floor is bigger than the first floor (may adjust it though). That is how houses are in some places in the real world and in Ponyville.

Also just named 4 of the streets so far the ones in thick red blocks are all called Crown Avenue! North, East, South West respectively and I'm still working on the others trying to find out which street types they're called. There are 22 different types of streets and some of them aren't actual streets?

My lord Celestia! This is one heck of a project...)

So this is everything so far. I will still make paper updates before transferring them to digital to make them easier for myself. I plan to plot this out as best I can before starting to build it. There is a lot to this but I am excited. I hope to update soon.