Just now I was wondering whether she was originally intended to be named "Mayor Neighs". 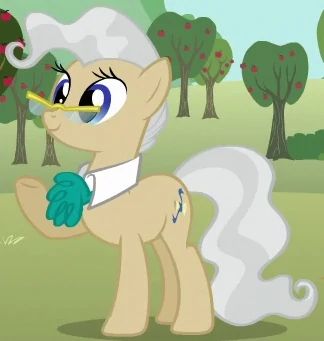 Mayobe her hair color in younger years was faint yellow?