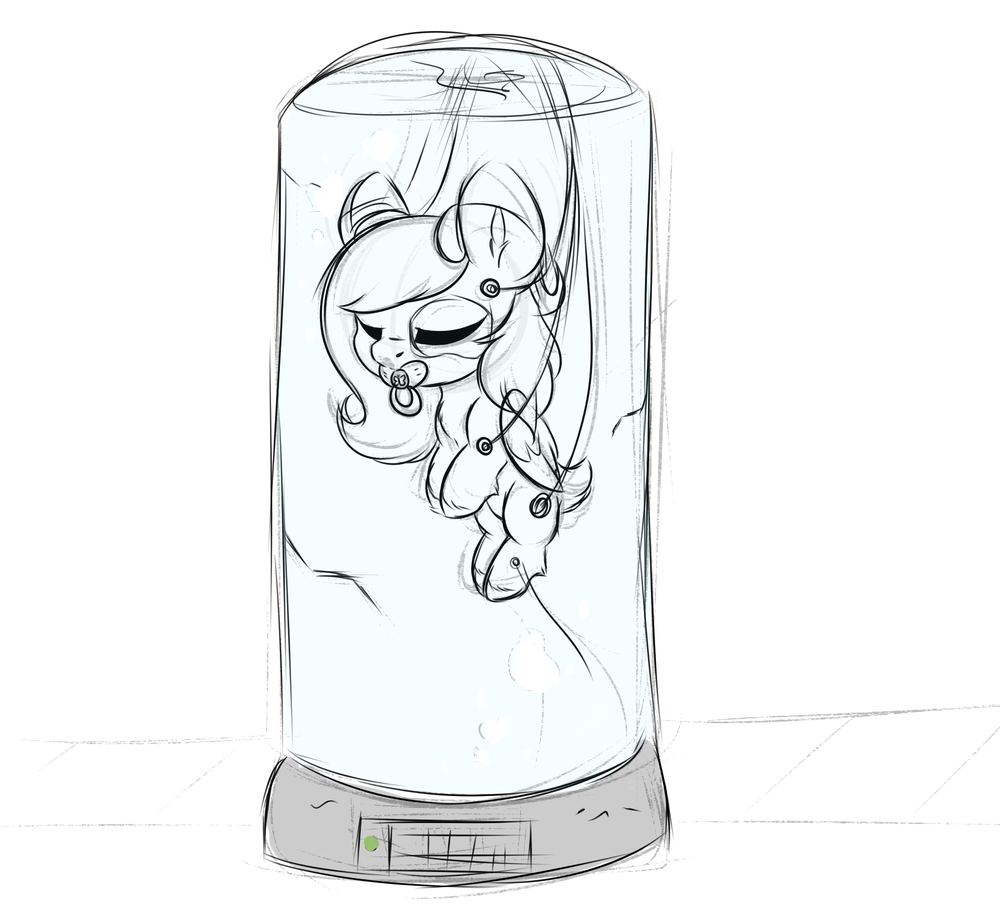 In the ancient deer village “faeleas” a fawn was born at a cold winter morning..
her name? Deerie. After a few days however a massive fight happened between some scientists and the deer pony’s living there creating chaos within, the scientists went mad and the deer pony’s tried to find a new place to live but.. some got lost during the fight and one of the deer ponies being a scientist.. was her brother.

He had become corrupt aswell and took the little fawn away from her parents when they were sleeping as they couldn’t leave with a foal that young just like that. The little fawn would just give her big brother happy smiles as she had no clue what he would turn her into --
Once it became spring the village had been taken over by the mad scientists and even their parents had left. They knew they couldn’t win or get their baby back, it was no longer a deer village. It was a place where huge buildings popped up off the ground with secret area’s inside, a gruesome place.

Deerie’s brother had been experimenting on her. She did not have a true name there. She was named “test subject #6” and was stuck in a test tube.
As time went by the little fawn started growing a pair of horns and big wings which is unusual for creatures like them.
She was now no longer a full deer.. but a hybrid of some sorts.. a bad experiment.
Her energy levels became so strong that they had to keep track of her at all times. Some would take night shifts just to watch her.
she had been given a dangerous ‘curse.’ A shadow form that would often take over her body.

She was always kept hidden in that tube and watched..that is until one faithful night.. alarms started going off all around the building she was in, they had kept her in a secret area for so long and kept on experimenting on her that the shadow form became too strong. It took over her body one final time and the tube started to crack bit by bit until there was nothing left. It shattered all around. She no longer could control her kindself and would slay everyone who would get in her way.. including her brother. That is how he came to his death.
Leaving a horrible scene for the other scientists to see, she escaped.. into a forest.
There she roamed for a long, long time.. moving swiftly in her shadow form, she would kill anything on her path mercilessly and had been haunting the place like a ghost--

This forest is one where ponies would never go yet one pony brave enough did.. at the time Deerie turned 16, she was now the size of Luna with massive wings and big horns to protect her.. yet still in shadowform, no one could see..
However, the pony brave enough fought her time to time again, until, she started to lose- That is when this pony decided to hug her and keep her close. Enchanting her – They kept doing this every time they visited that forest until she finally started to learn to control her shadow form, and she fell in love with them.
Deerie ended up learning to be okay with herself over time because of this pony’s help. Surprisingly, he is a deer pony. He goes by “Ember Blitz.” and was born around the same time as she did, in faeleas. He had known her parents and knew she was still out there, that is why he did his best to find her. 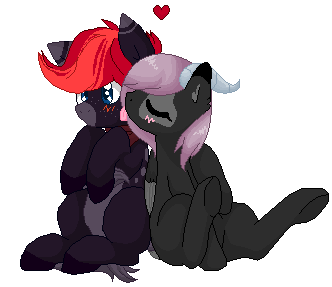 He is the young fawn’s savior and love.

She later on stayed in this forest with them, having a little cottage there. Deerie’s always been shy to go into a village ever since-- she much rather stays in the cottage, forest or at a mansion she works at as a maid.
Deerie always has some blue butterflies near her as she walks – sometimes the spirit of butterflies aswell.
She is really fond of them and sees these creatures as her friends and a reminder that things can be beautiful even at the darkest of times.

She may still slip into her shadowform by accident or if she is angry, she’s never fully safe to be around.


Personality:
She is extremely shy and cautious, she doesn’t feel safe very fast but she will do her best to stay friendly. If she feels hurt or angered she might use her horns to protect herself, yet.. usually she is clumsy and gets stuck.
She bleats- beware