Y'know what really grinds my gears?  The suggestion thumbnails at the end of youtube videos.  Now, I've already discussed how I don't like algorithms getting to know me and recommending things, but that's not the reason this annoys me.  And it doesn't always annoy me.  Here's the problem--this feature didn't used to be a part of youtube, and it often messes up older videos.  Now, I have no idea how this feature actually works, but I'm assuming that the creator has at least some control over it.  Perhaps they have full control over it, including whether to even include suggestion thumbnails at all.  I just don't know.  But I have no problem with the suggestions in new videos, the reason being that creators account for it.  They design for it.  They have a little grace period after the actual content part of the video ends with a credit type screen with room for suggestions.  Check out these two as an example: 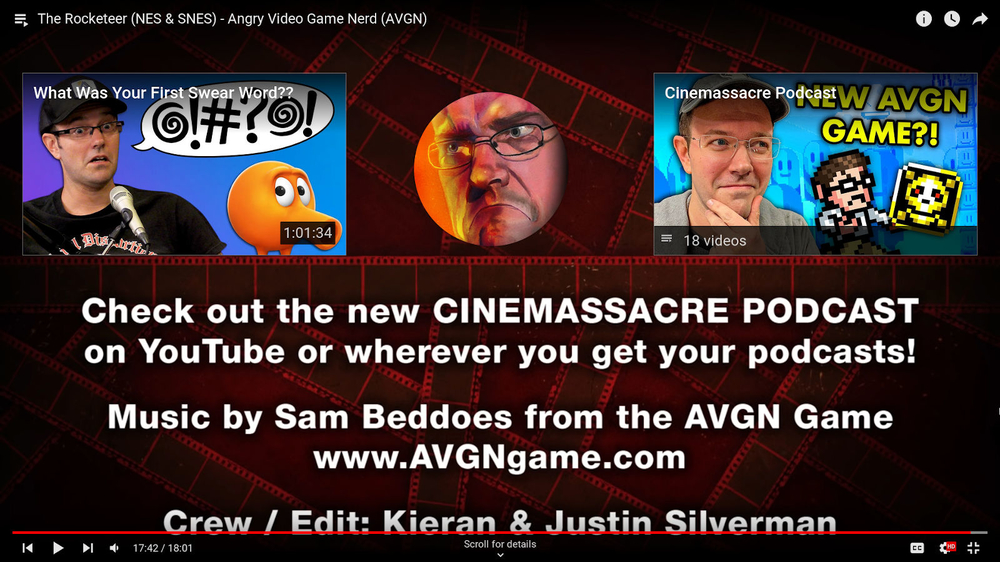 See?  Nice little credit screen.  Perfectly fine.  But the problem is when these suggestion thumbnails pop up on older videos from before this feature was implemented, and the video doesn't have any after-the-video credit screen, so the thumbnails cover up part of the freaking video!  Sometimes it's really bad, too.  Here's what I mean--this an old music video from back when I was high school.  This is fairly recent upload, but this video is from, like, 2003 or something. 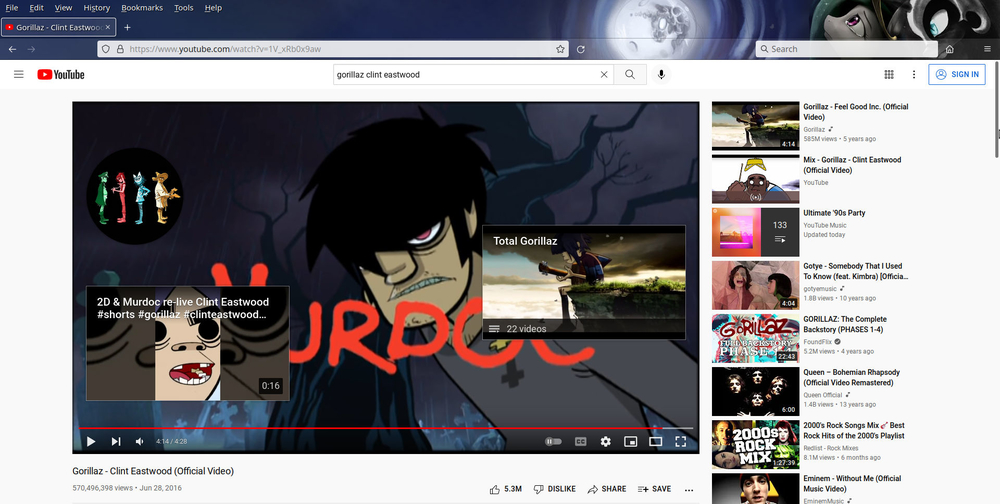 Yeah, good ol' Gorillaz.  A blast from the past.  But look at this f*cking nonsense!  The video isn't over yet!  The thumbnails cover up the Celestia-dammed ending!  You can't even see his name!  If I didn't already know this character's name, I wouldn't even be able to tell what it says!  This is f*cking bullsh*t.  It's horse sh*t, or any other variety of animal sh*t.  It's a sh*tload of f*ck when they do this.  Now, I think, (not positive), but I think that this is within the creator's control, but I don't blame the creator at all.  You can't expect every creator to go back and fix every older video.  I blame f*ckin' youtube for making this sh*t the default.  I mean, it has to be the default, right?  What kind of goober would voluntarily cover up the whole ending to their own video?!  This feature should be off by default, and should be entirely opt-in.

There are much worse examples where a character's entire face is covered or something, but I forget which older videos I've seen that on, and I didn't want to spend a lot of time searching.  You get the idea, though.  I hate this so much, and unless I'm completely daft, I don't see anyway to get rid of the thumbnails.  You can't hover over them and click and X to dismiss them or anything.  It ruins the ending to many older videos.  Unless the creator returns and fixes it, the endings to some older videos are ruined forever.  Thanks a lot, youtube.

P.S.  My Firefox theme is pretty great, though, right?  Tia and NMM.