"Well it's about time you reviewed something relevant." Yes, yes it is. 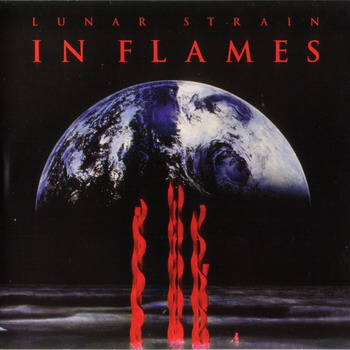 For once, I'm actually reviewing an album that I really like, by a band I'm familiar with. (Even though I hate their newer stuff. Seriously, I've tried listening to Come Clarity at least five times now and I still think it fucking sucks.) But anyways, this is definantly my favorite album by In Flames. It's got that brutal raw edge of early Swedish death metal mixed with this sorta melodic sound and even a few acoustic pieces. The guitar is killer, not just killer but fucking killer. It's all downtuned and distorted, it just screams badass. And then theirs the vocals, oh man. The vocals on this album are better than the vocals on any other In Flames album (and the vocals on their newer stuff are shitty).

My favorite song of this 90's masterpiece would either be Clad in Shadows or In Flames. They're both killer tracks, but I can say the same for every song of this album. The acoustic pieces are excellent and done very well. The way they're done makes it fit in with the rest of the song, fucking briliant. To date, this is In Flames' heaviest sounding album.

If you're looking to get into In Flames' music, I highly recommend that you pick this album up. Pick this one up before any of the others. You will not regret it, trust me. This album is amazing, and it's the best album In Flames has ever made.

10. Upon an Oaken Throne