Hello all, and welcome to my profile page!
My name is Pathfinder; though you can call me Path or Pathy for short. Originally my name was PathfinderCS; and if you're curious, the 'CS' referred to "Captain Spyro," which was my years-long username all over the internet for a number of years prior to my current one..
I am a member of the MLPFORUMS STAFF, and I work as a community administrator and team leader of the "Friendship is Magic" section; specifically the Show Discussion, Sugarcube Corner, and Equestria Girls forums; as well as any related sub-forums. In addition I serve as Commissions Director and back-up support for Role-Play World; while generally look over the rest of the site as well. In short, what my colleagues and I do is to make sure your experience here on MLPF is as pleasant and enjoyable as it can be. Do not hesitate to contact me or any other staffer for any questions and assistance you need.
Speaking of MLP, here are some tidbits about me the pony-fan:
★ King Sombra is best villain
★ Best pony is Sombra; followed by Tempest Shadow, Starlight Glimmer, Trixie, and Twilight Sparkle
★ Best Mane 6 are Twilight Sparkle, Rarity, and Rainbow Dash
★ Twilight is best book horse
★ Blackthorn is best deer; and totally bae~
★ Sunset Shimmer and Starlight Glimmer are both awesome. So is Radiant Hope!
★ I totally ship StarTrix, King Sombra & Radiant Hope, and Celestia x AU Sombra
★ The Equestria Girls movies are pretty good overall
★ The comics are mostly decent...with some exceptions
★ Deer are overlord, griffons and zebras can come too, so can the hippogriffs
★ YAK SMASH!!!
★ I have one 'sona, and a LOT of OCs, of which I care deeply about 💜 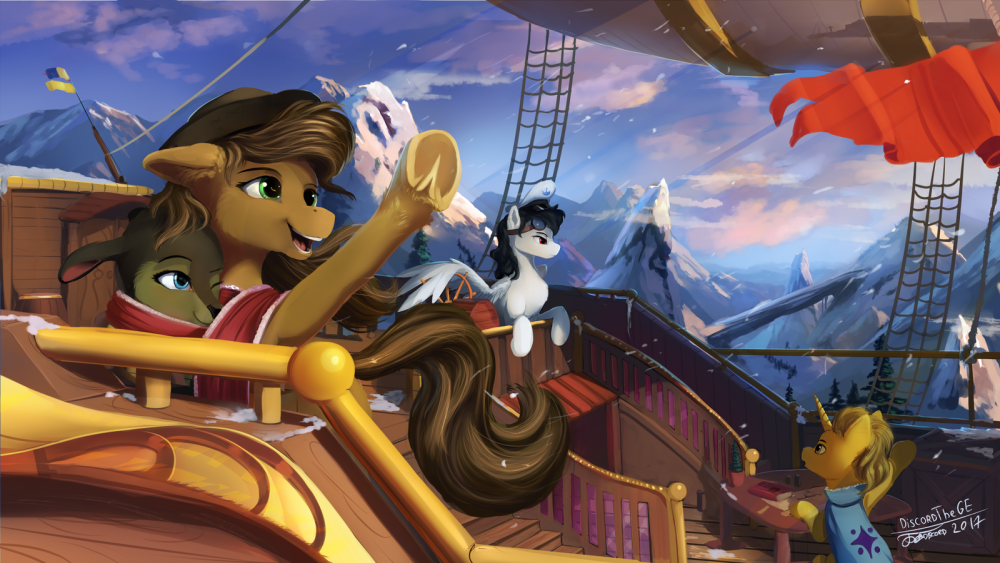 I reside in the small town of Whitesville in the state of West Virginia, in the USA. It's a small town and there really isn't much to speak of here, but it is nice and homely!
While I graduated College with a degree in geography, I am currently employed as a loan clerk at the local bank. Yeah, not exactly what I had aspired too, but the company trusts me enough to advance me through the ranks. I can't complain!
I currently have a heavy interest in VIDEO GAMES, and gaming in general. I grew up with gaming so it's just a basic part of my life. The first console I ever got was the original NES and I have fond memories of playing Super Mario Brothers, Donkey Kong, Donkey Kong Jr.; my personal favorite from that console being Captain Skyhawk! However, as I grew I got into other consoles such as the Sega Genesis and Sony Playstation; these two being the systems that really got me into gaming. On the PS1, Spyro the Dragon was the game that really made me fall in love with gaming, and the Uncharted series my favorite series of games of all time! As for today, I'm still into it. Many different game consoles have stolen many hours of my life; and I won't complain!
Another major interest of mine is MUSIC. I actually used to play the trumpet in marching and jazz bands back in junior high and high school! Kinda had to drop it though when I entered college; sadly. Anywho, my music interests tend to sway towards orchestral and metal. With orchestral I love classical and the various masters of the genre such as Bach, Beethoven, and Stravinsky! I also tend to love film, TV, and game music as well; with Skyrim being among my most favorite of game scores period! On the metal side, I usually prefer power, progressive, and symphonic metal with such bands as Sonata Arctica, Rhapsody of Fire, Unleash the Archers, and, my favorite, Symphony X being the ones I listen to mostly. I'm also a lover of the old crooners; guys like Frank Sinatra, Dean Martin, Sammy Davis Jr, Bing Crosby, and the like. Of course, I have some favorites outside of those genres such as E.S. Posthumus, Streetlight Manifesto and Marty Stuart; but that is as far as I usually go with those genres.
I'm not really a big SPORTS fan, but I do follow things like Formula 1, MotoGP, cricket, rugby, IndyCar, ice hockey, baseball, chess, and archery. My favorite teams in general are the Pittsburgh Penguins, Baltimore Orioles, McLaren-Honda, and Liverpool FC. That said, as much as I do enjoy these specific sports and teams, I'm not someone who really obsesses over them...sort of.
I'm also a lover of all things Science Fiction and Fantasy; though I will admit my experience is somewhat limited outside of certain properties. I've never read many books, for example, but I'm open to it! Also...I am too much of an internet junkie, I guess you could say!
I'm a Spyro fan all the way. That includes the classic Spyro, Legends Spyro, and Skylanders Spyro.

Original Characters: Characters inspired by the Friendship is Magic franchise

Jewelflame - A female crystal earth pony; Jewelflame had moved from the Crystal Empire shortly after it's return to Ponyville with her parents due to bad memories of King Sombra's reign. Having a strong interest in the crafting of jewels she wanted to establish a small business in town. Upon setup though she found the process tiresome and quickly backed out. During this time she considered what she wanted to do, and came across an unusual ad from museum in an town called Derbyshire. The stated that they were looking for an interested applicant who was an expert in jewel-crafting and could apply it to the history of cultures. She was caught off guard by this, but could now see that she could apply her love and talents in a different way; the preservation and sharing of history. While she was a bit of a shy pony who kept to herself, she felt she could pass up the opportunity so made the trip to Derbyshire. Upon finding the museum she was impressed by the scope of it; despite it's size and location. After speaking with the museum's owner, curator, and head archeologist Sojourner, she was allowed to try out for the position of Historic Jewelcrafter. In this position she studies how jewels were crafted by ancient civilizations, and the various ways they were worn as jewelry. During her time at the museum she has learned a lot and has even made new friends; especially after moving permanently to the town.