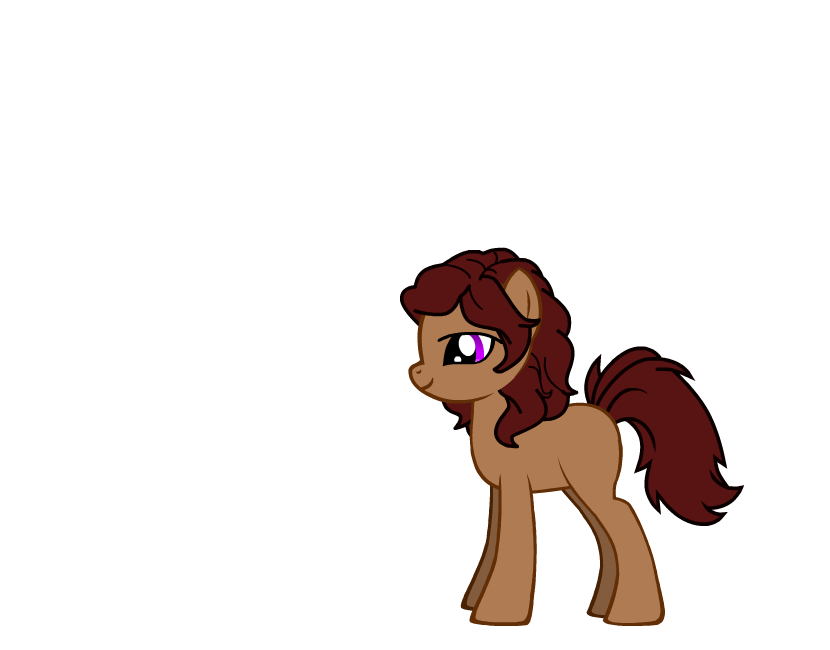 Appearance: Normal height for a mare. Tan fur, brown mane and tail. Both mid length. Her mane is usually messy or a bed head style. Same for her tail. And purple eyes.<br /><br />She wears a tan bath rob, a long gray shirt that goes over her flank and a pare of dark sunglasses.

Cutie Mark: A stack of documents with a gavel on top and a typewriter<br /><br />for her talent of stenography and law.

Personality: Absent minded, lazy. Calm even during stressful situations. Easygoing no matter what she's doing. And she doesn't get bothered by a lot of things. <br /><br />She also sometimes has wise things to say. <br /><br />And she's easy to get along with.

Backstory: Growing up in Canterlot as an only child with a father who's an accountant and a mother who's a notary, she didn't really have a exiting foal hood. But it wasn't bad. Most of her life she tried to live up to her parents expectations. <br /><br />So she mostly spent her times studying at home or school. During witch she didn't really find time to make friends. Cause of this her grades were always the best and she graduated at the top of her class. From there she went to college to become a stenographer and lawyer for many fields. <br /><br />When she was younger she would help her parents at their jobs and wright down everything they said for notes, she got so good at it she started to really like it. When she first felt this feeling that was when she gained her cutie mark.<br /><br />After graduating college she sought out many jobs that were looking for a stenographer as well as working for a small lawfirm . She worked countlessly for years, Still not bothering to make one friend. OR to look for a special somepony. And her work load got bigger and bigger till she started to get stressed from over working.<br /><br />But she still kept at it thinking she could power through it. Later one the stress really started to get to her. Along with the notion that she didn't have any friends that could help her though this. <br /><br />One day when she was in the middle of taping during a dispute settlement in a court room, she just stopped. She looked up from her hooves at the ponies around her for the first time in her career. She looked at their unsmiling faces, the wrinkles that developed on their faces thinks to years of stress and jobs that had no joy to them at all. <br /><br />Even though some of the ponies were shouting at the other all she could hear was muffled sounds as she looked at them all.<br /><br />She's been listening to these ponies for years and it was look seeing them all for the first time. And she didn't like it. She didn't like them, she didn't like this job.<br /><br />All these thoughts were running though her heard as she stared at the ponies, till her mind just went calm. She stood up from her typewriter and walked out the court room. Some of the ponies talked her and asked where she was going, but she didn't pay attention to them and just left. <br /><br />She retired the next day. She sold her large fancy home in Canterlot and moved into a small cheep house in downtown Manehattan. <br /><br />Now she lives her life any way she wants. Sleeping in late, wearing whatever she feels comfortable in even if it's pajamas or a bathrobe.