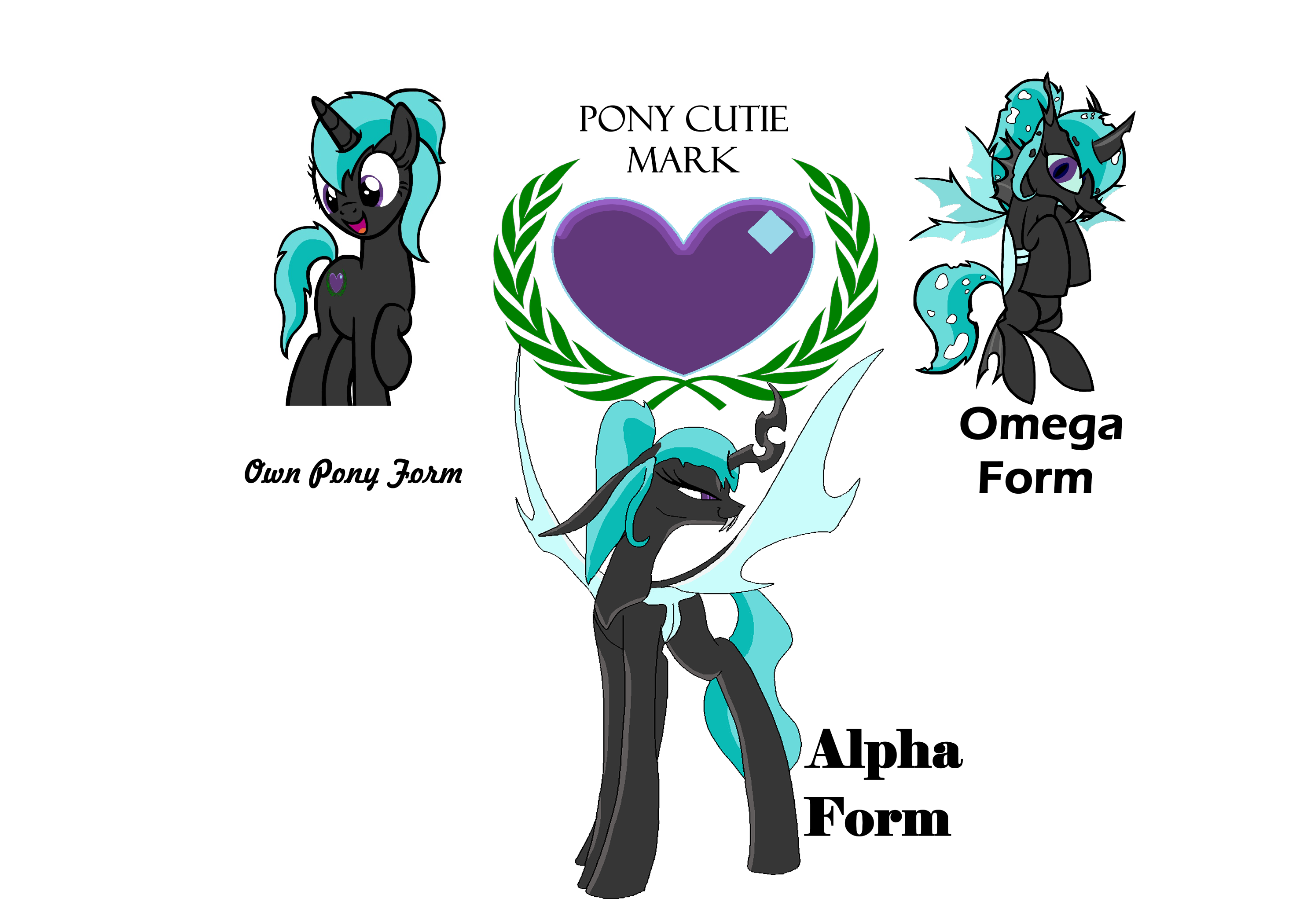 Appearance: changeling, has a natural hair color of Aqua.

Cutie Mark: When in 'her' pony form and not someone else's she has a heart with laurel's flanking it.

Personality: Utterly terrified of being discovered for what she actually is, is rather inquisitive and likes to learn new things and adapt to her new life in Equestria. Has little personality of her own and adapts to who she is around, one day she maybe a full personality.

Backstory: was blown away by the massive blast after the invasion of Canterlot. Since then has tried to live with the ponies cut off from the hive, she travels around the country draining emotions from others when she can but has never made a friend, not yet anyway...