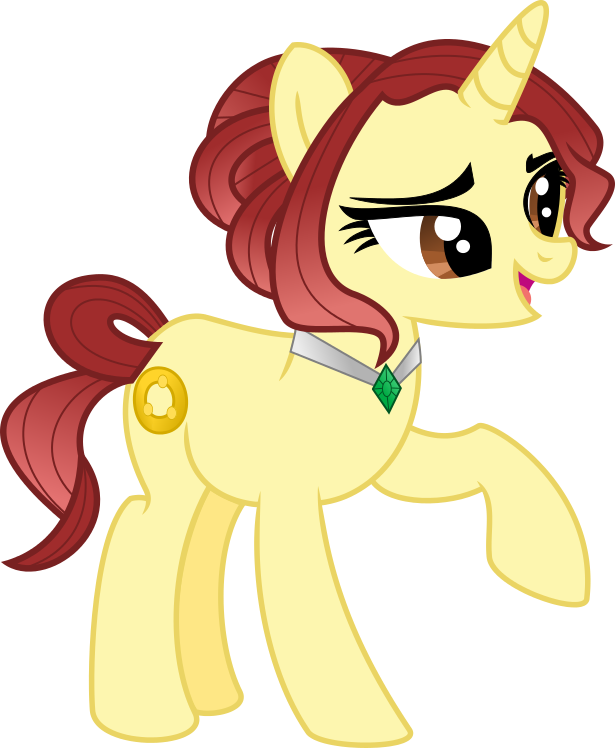 Personality: <p> While she was under Sombra's influence she was pretty much like Sombra, as he controlled her mind and her body. Her real self was locked away inside of her mind. Prisoner of her own body. She would constantly steal life from plants and fields, and sometimes even attack and drain Pony's lives to prolong her own. She was very self centered and cared only about herself and money. This was more of...a trait Sombra gathered and added to his personality.  </p> <p> When Sombra was removed from her she regretted all the evil she had done, or rather Sombra. She is nervous, shy and has a liking to Princesses and would love to be smothered by one in terms of love and kindness and...physically. She is also very kind and caring, also loving.  </p>

Backstory: <p> She was born a foal in a small town near the Crystal Empire. She couldn't speak at all. In this alternate universe, Sombra was never defeated and he was never stopped. He attacked this small town and everyone else managed to escape...but her... she didn't. Sombra took advantage of the mare, and possesed her by going into his fog form and going into her bloodstream. Corrupting her body from the inside out during some form of ritual. After this Ritual she had no free will of her own. He adapted to her body, she was completely under his will and domination. For years Sombra would go into towns in of Collapse's body to spy on them and get secrets from them. He also begun to learn how to change her coat color and cutie mark by will, this granted him extra stealth.  </p> <p> It was until Sombra went beyond Equestria in search of weaponry he could use to defeat the princesses. She was found by an advanced, skilled Unicorn named Legacy. (Who isn't my OC) Legacy tied Collapse down onto a table and performed a degree of experiments on her. Eventually freeing her from Sombra's control. </p> <p> It was found out she willingly allowed Sombra to merge with her, so she could speak. Sombra told her many things..lies...to lure her to come close to him, so he could merge with her. A </p>