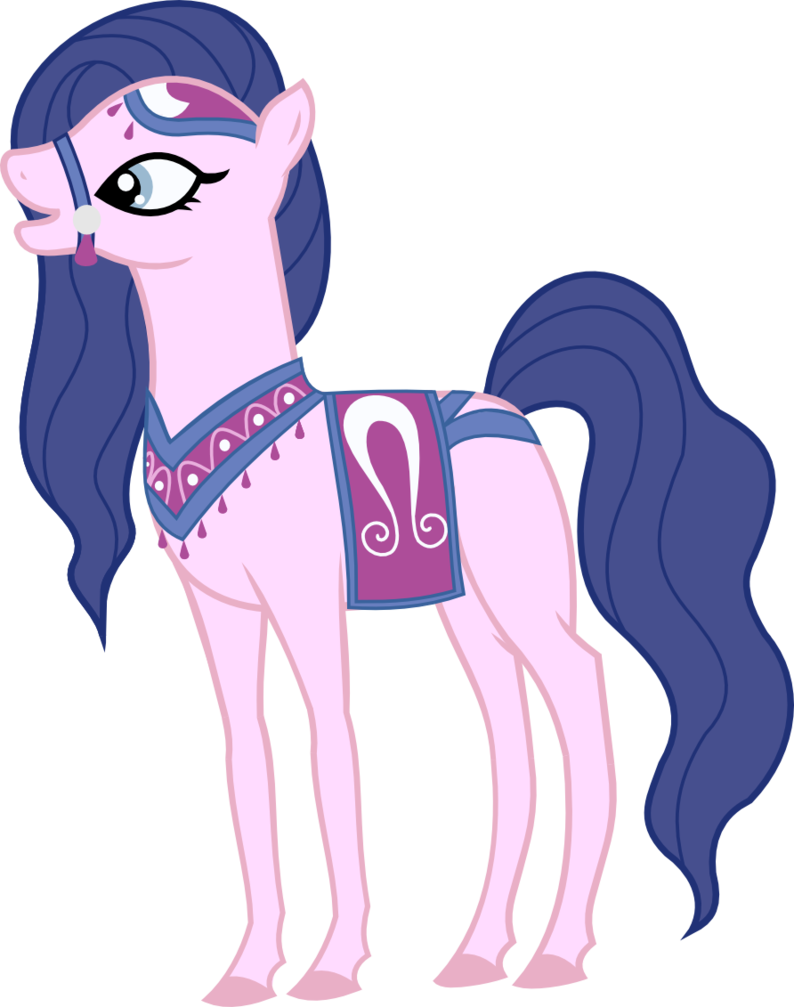 Appearance: (Art is created by the awesome oneinnighteenmore on Deviant Art. Give the credits!)

Cutie Mark: Like her husband Fulani, the crescent moon with a star to its side.<br /><br />As blessed by the divine stars, this represents her righteous rein as the queen of Saddle Arabia.

Personality: With compassion and deep understanding she upholds ethnics and morality to a high standard. Outgoing and outspoken she tends to be active in becoming involved with the public and fellow subjects. <br /><br />Under immense stress and pressure she can be prone to responding with emotion and anger to retain control.

Backstory: Ismina was but a simple student of astronomy during the rein of the 77th king during her youth. As part of her experience, King Hassadard expressed deep interest in astronomy and such Ismina along with her fellow colleagues spent personnel moments with their leader. <br /><br />After the passing of their King, Ismina had at the time was smitten with now the current king Fulani Assarani-hafu, to which they both confirmed to their established relationship and she soon arose to Queen.<br /><br />To this day she along with her husband lead Saddle Arabia to a prosperous future.