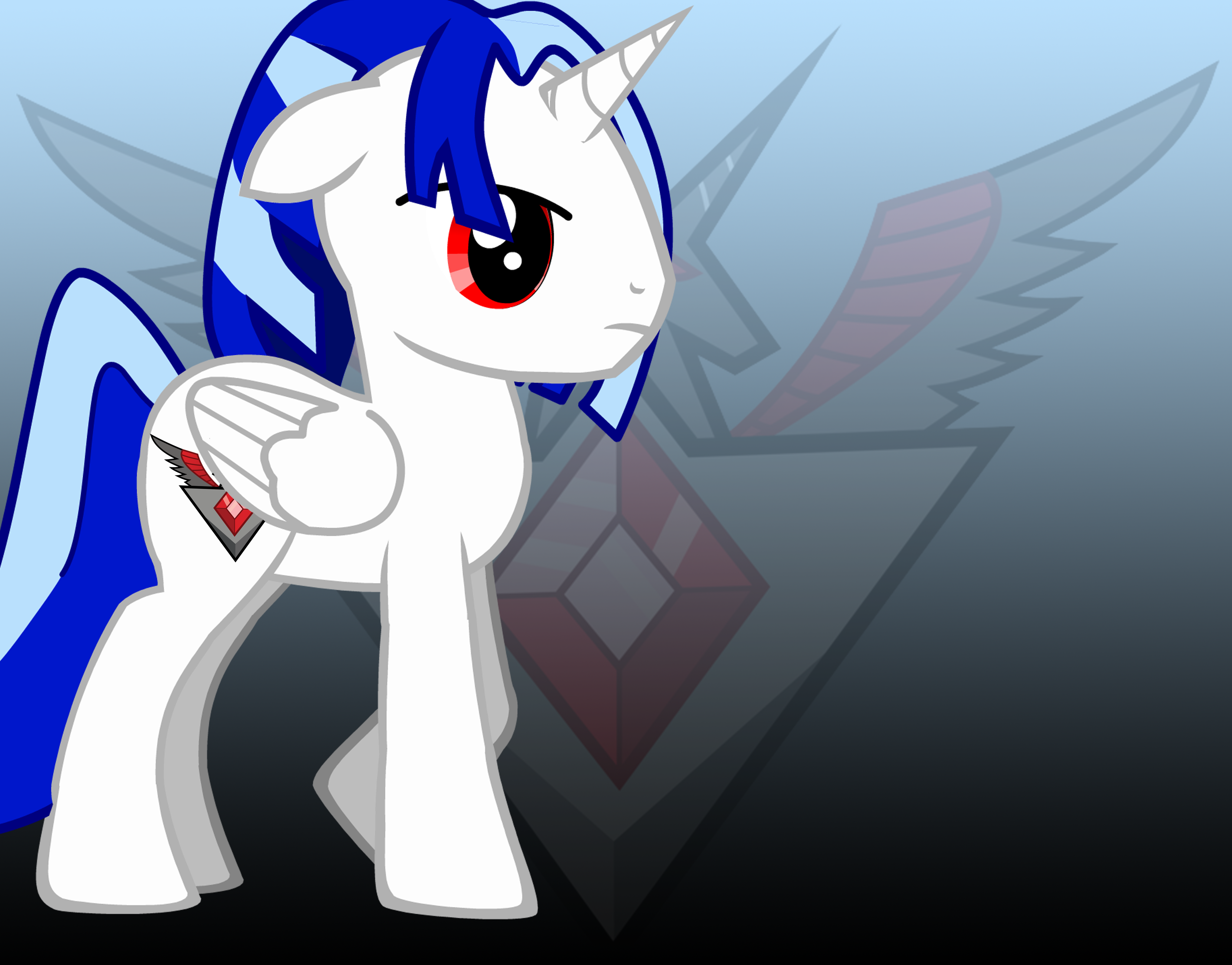 Cutie Mark: His Cute Mark is the Alicorn Amulet. He never earned his Cutie Mark, not even as an adult. While visiting Vanhoover, he ran into a merchant who said that he had something that could solve his 'lack of purpose' problems. He later tried it on, thinking it would do nothing, but instead it infused itself to his body, going where Cutie Mark should have been. This is why Kyoshi is now permanently an Alicorn.

Personality: Due to the amulet and his transformation, his personality has gradually become more social, but also aggressive.As he socialized more and talked with other ponies, his original flaws gradually faded. He would stutter out of nervousness before, as he talked more, he started to stutter less, eventually none at all. He used to avoid social confrontation, then he started to seek it out. He was once very stressed and having constant anxiety, he later learned to suppress his emotions.

Backstory: Prior to his transformation, Kyoshi was a very shy Pegasus from a village in the Frozen North. He was anti-social and had tons of anxiety issues. He seldom talked, except for his few friends in his village. He always worried about things and felt that he lacked any sort of purpose in life and was unhappy. Life scared him. He was afraid of heights, which he was at times teased for as a filly. Later, he just avoided social confrontation all together with those he did not know. He had no major family, so he often felt alone. It was when he could express his feelings to his few friends that he felt at least a little happiness. Even then he felt like a burden to his friends and everyone around him. At times, he even said that he hated himself. Eventually, he decided to leave his village. He told nopony about this, as he didn't see the importance, though did hope to return. He was desperate to find his purpose, his destiny, whatever that may be. He later arrives in Vanhoover. It is there where he obtains the mystical Alicorn Amulet from a very strange shop. From this point, his life will change forever.