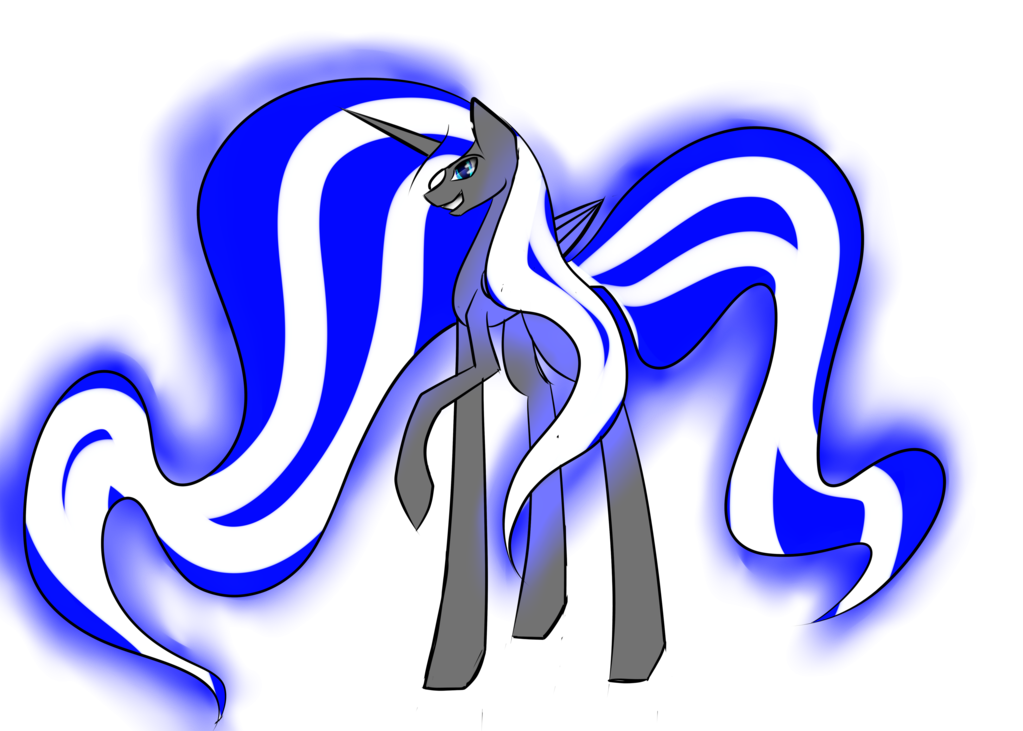 Cutie Mark: A blueish white tornado representing how he stirs situations up and how he likes to wreak havoc with weather related attacks.

Backstory: He comes from beyond Equestria and was born an Alicorn, he doesn't know much about the world other than knowing who the rulers of Equestria are, Discord and the Mane 6 from rumors. <br /><br />He is the father of Diego, and formerly the husband of Shadow Star. Who he left because he didn't like her life style and he thought it was risky to raise his son while being an Alicorn.