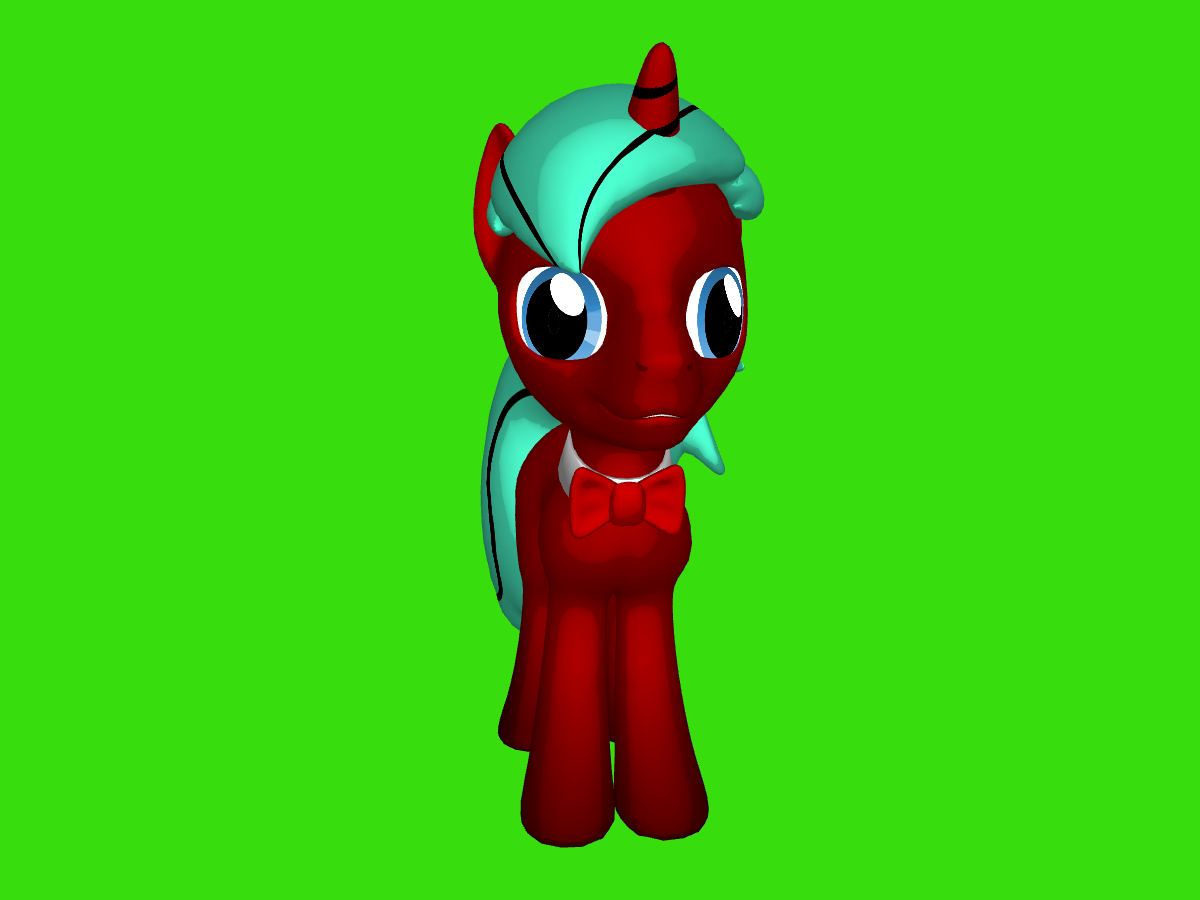 Appearance: <p> Onyx is a dark red Unicorn, with an aquamarine marine and black lined mane. </p> <p> He has crystal blue eyes and a long tail. </p> <p> What makes his appearance a bit more unique than other ponies is his gradient legs, where his coat is dark red, his legs have an even darker red tone to it, only those who look closely can see it, while from a mere look it would be presumed to be the after colour of a shadow in daylight. </p> <p>   </p>

Cutie Mark: <p> Onyx doesn't have a cutie mark, he has never been fond of them, not understanding nor caring what it means, for he thinks his natural talent is not dictated by a mark on his flank. </p> <p> Tough beyond his own beliefs, the truth is that while he is good at what he does, it is not his real talent, which leads to mystery and speculating on what really is the case. </p> <p>   </p>

Personality: <p> Onyx has a smug and carefree personality, he sees life as something simple, his feelings towards others is variates, on those who grow closer to him, he starts to show signs of respect and trust, but to anypony else, he sees them as mere bystanders, just yet another pony who could potentially hinder or aid his cause. </p> <p> His personality does truly fit his status, as his thieving days are not ever yet, not even imprisonment would stop him from carrying out his own desires. </p>