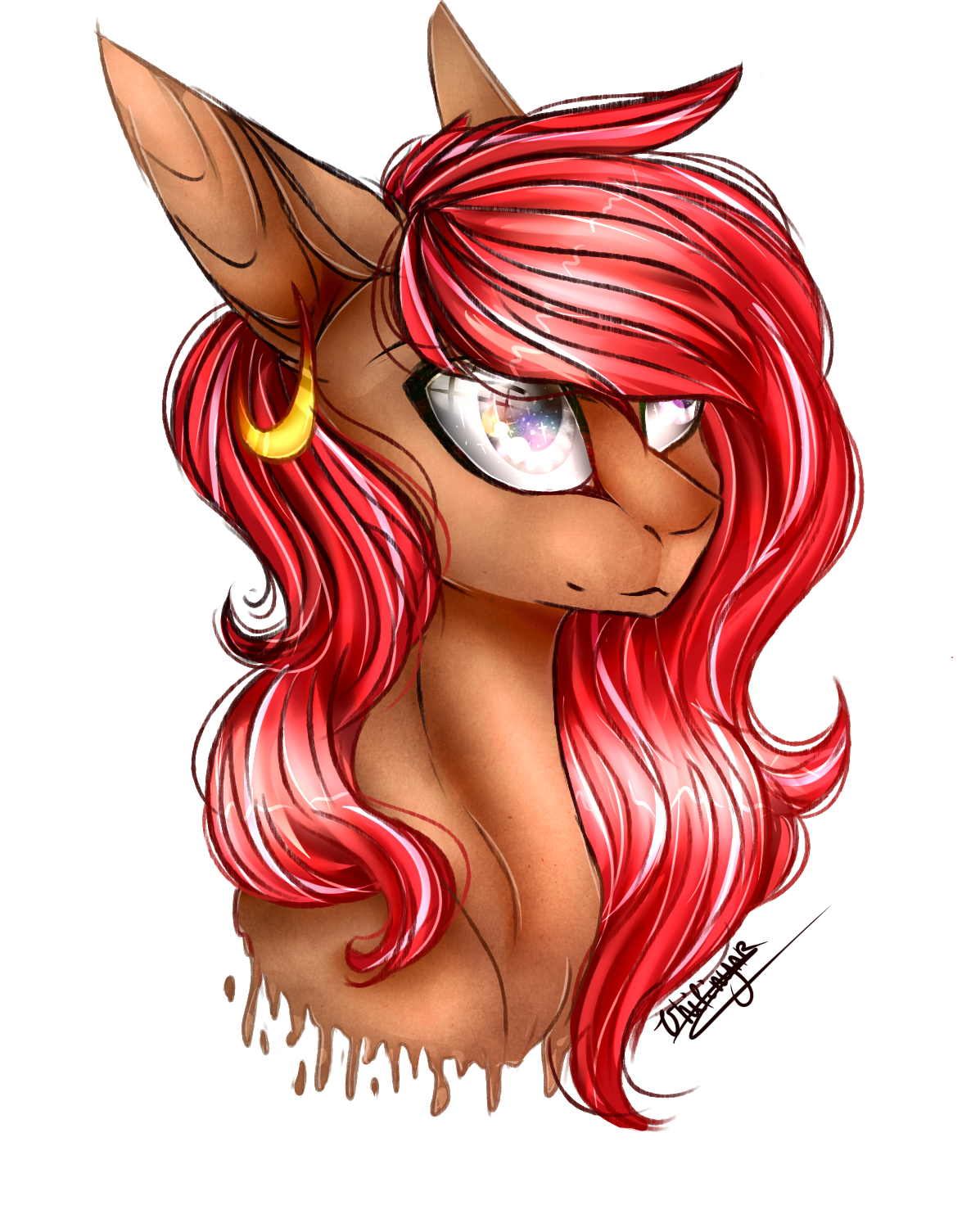 Cutie Mark: <p> Two French flags with a heart in the background; it represents her beliefs and her loyalty to France.  </p>

Personality: <p> <span style="color:#444444;">Virtues: Pasha is goal and career-oriented with a strong head on her shoulders. She is brave, daring, and loyal to her beliefs. She is persuasive and her thin frame gives her an advantage in posing as a stallion for espionage. </span> </p> <p> <span style="color:#444444;">Flaws: Despite being loyal to what she believes in, she will put the goal in front of the feelings of others and is unafraid to manipulate other's emotions to get what she wants. Pasha is often immature and selfish, and has commitment issues (will be expanded upon further).</span> </p>

Backstory: <p> Pasha was born into slavery to a kindly slaveowner in Bucharest, Romania, she was never one to follow the rules. Though her owner was kind and her family... supportive, business was business. From five to ten, Pasha worked the plantations and often assisted in maintenance work. She shared a bedroom with her older sister, Mari, and her older brother, Demeter. They each had their own separate cots but were never close. However, at ten years old, Pasha was sold to a French slaveowner for purposes of marriage. However, upon arriving at the gates of France, Pasha was simply dumped there and left to die. </p> <p> <span style="color:#444444;">Originally 'shipped' with the venerated Enjolras, he and Pasha met when she was swept off of the streets by a young Grantaire, upon being set free from slavery at the age of ten. From ten to sixteen, the pair ran wild and slept where they could, though Pasha was forced to claim sanctuary at one point in order to escape from being persecuted because of her skin color. However, upon turning sixteen, Grantaire introduced her to the Les Amis de l'ABC, and despite Enjolras' argument that this woman had no place in political affairs. Pasha was rather aware of Enjolras' distaste towards her (and anyone who willingly claimed friendship with Grantaire), and pestered Enjolras during his times of study, gradually beginning to bring him tea and simply keep the man company. </span> </p> <p> <span style="color:#444444;">She would occasionally throw in her opinion, and, eventually, Enjolras had the first drafts of the barricade. While Pasha had the smarts, she was mostly illiterate and would prove useless with a quill. This would go on for a period of two years, making Pasha eighteen, Enjolras twenty, and Grantaire twenty two. As time would go on, there would be growing attraction between the gypsy and the chief that led to a brief courtship. Despite all of this, Pasha maintained a close friendship with Grantaire, and they would often spend nights with each other (non-sexually). Their friendship quickly turned sexually when Pasha realized she was not the center of Enjolras' world, and that the liberation of France's people would always come first. She began an affair with Grantaire, and they began sleeping together. Enjolras figured Pasha would not stay loyal, and though he truly did love her, they ended their courtship on mutual terms, though it broke his heart to see her with another man, they still worked together to finish the blueprints for the barricades and begin building the barricades. However, the affair between Olivier (headcanon!Grantaire's first name) was not all on Pasha's shoulders; he took advantage of her at an emotionally weak point and used alcohol as an enabler. </span> </p> <p> <span style="color:#444444;">Anyhow, they began a rather serious relationship, and that relationship was what saved Grantaire's life. While Pasha prepared for the rebellion alongside the other students of Les Amis de l'ABC, Grantaire stood behind and watched because of his refusal to believe in anything besides Enjolras. While Enjolras work, Pasha and Olivier fell for the other hard. She knew him, he knew her more than anyone else. They were the best friends who fell in love despite the rest of the world needing her to feel passionate about the revolution once more. On the day of the June Uprising, Pasha lost all of her friends, minus Grantaire. She was helpless to their deaths, and the Uprising was going to fail regardless of what they did. Once the memorial for their fallen friends was through, the two left Paris for good and married. Unfortunately, soon after their first son, Andrei was born, Grantaire was tried for war crimes and was shot to death, leaving Pasha as a single mother.</span> </p>