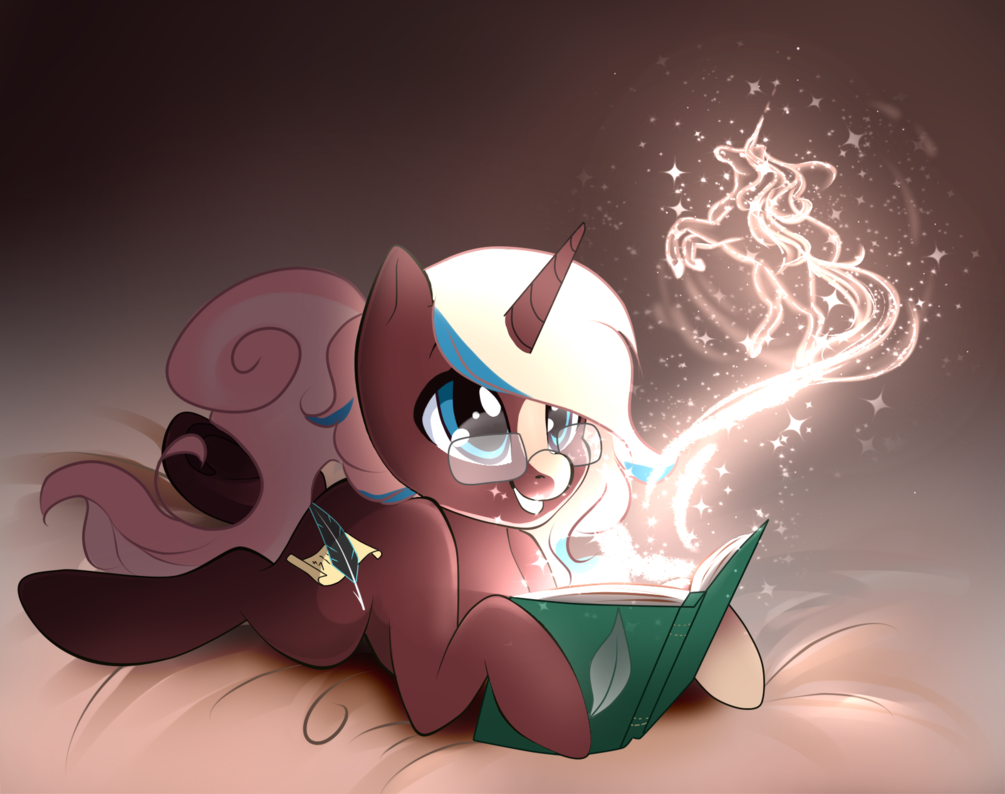 Appearance: <p> Body:<br /> Quill is a chocolate brown coated unicorn mare with a cream front left sock.<br /><br /> Hair:<br /> Her mane and tail are a light cream in colour her mane is curly and medium length has blue highlights. Quill's tail is long and bushy just cream in colour.<br /><br /> Other:<br /> Quill wears a pair of glasses and her magic colour is white. </p> <p>   </p>

Personality: <p> Quill is a more quite type of pony, her years have given her much experience of both various parts of life and ponies she can read most ponies rather easily. She has found that ponies are like books and the most subtle of movements, even the pronunciation of words can open them to be read. However many ponies cannot be read and the ones she can't this has given her a habit of offending, this has made her a little reclusive. </p> <p>   </p>