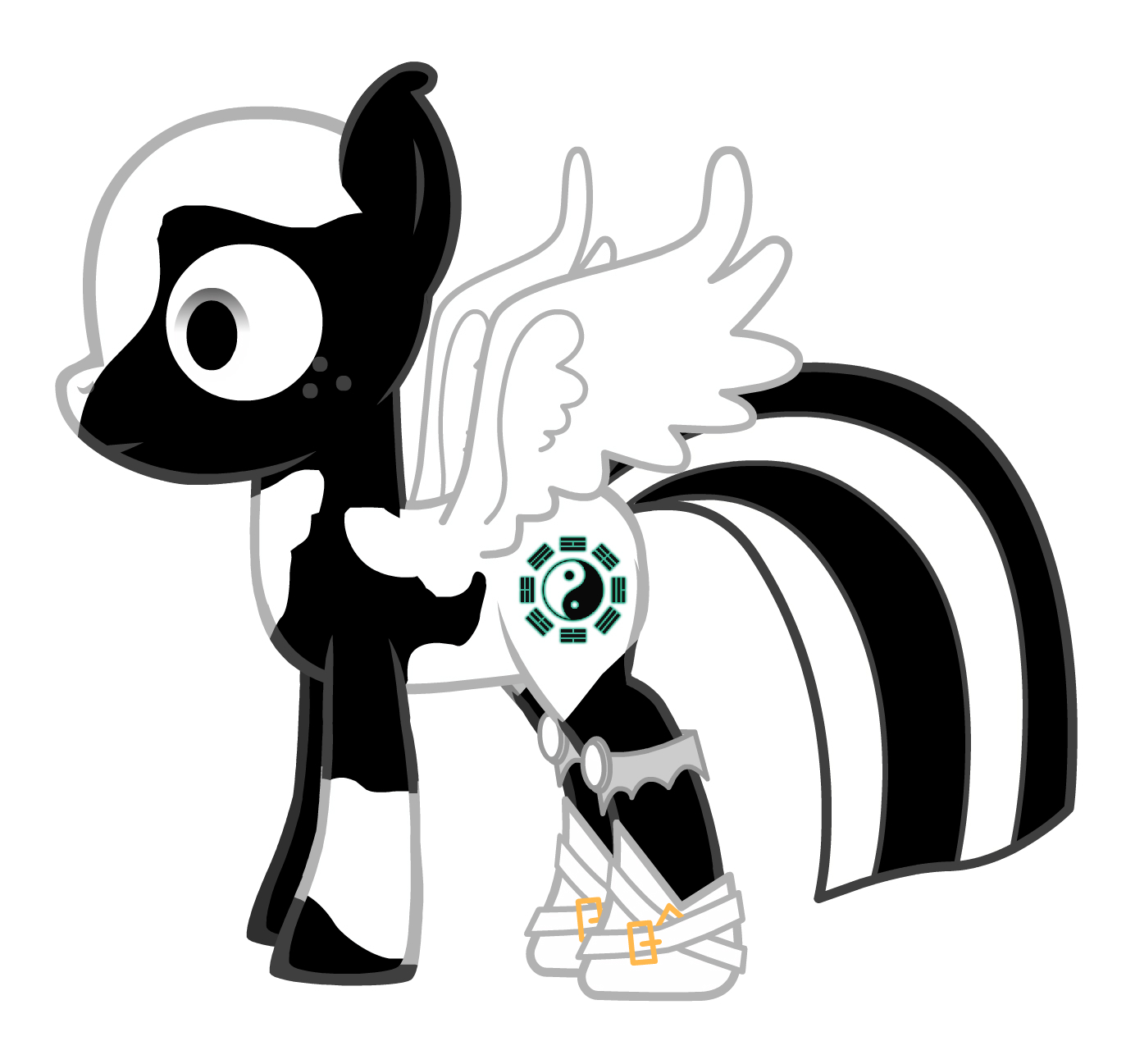 Cutie Mark: The Yin Yang - Soul has always been a pony all about finding the peace in a situation, creating a harmonious balance and remaining calm and neutral in the toughest of situations

Personality: Polite to everyone but definitely not a push off, he is prepared to argue what he believes in but won't do it in a way that undermines other believes in the process if it can be helped.<br />He wants to helpful to everyone but sometimes he can come across as being very nosey and can seem to invade others personal space.