By The Derpy Hooves 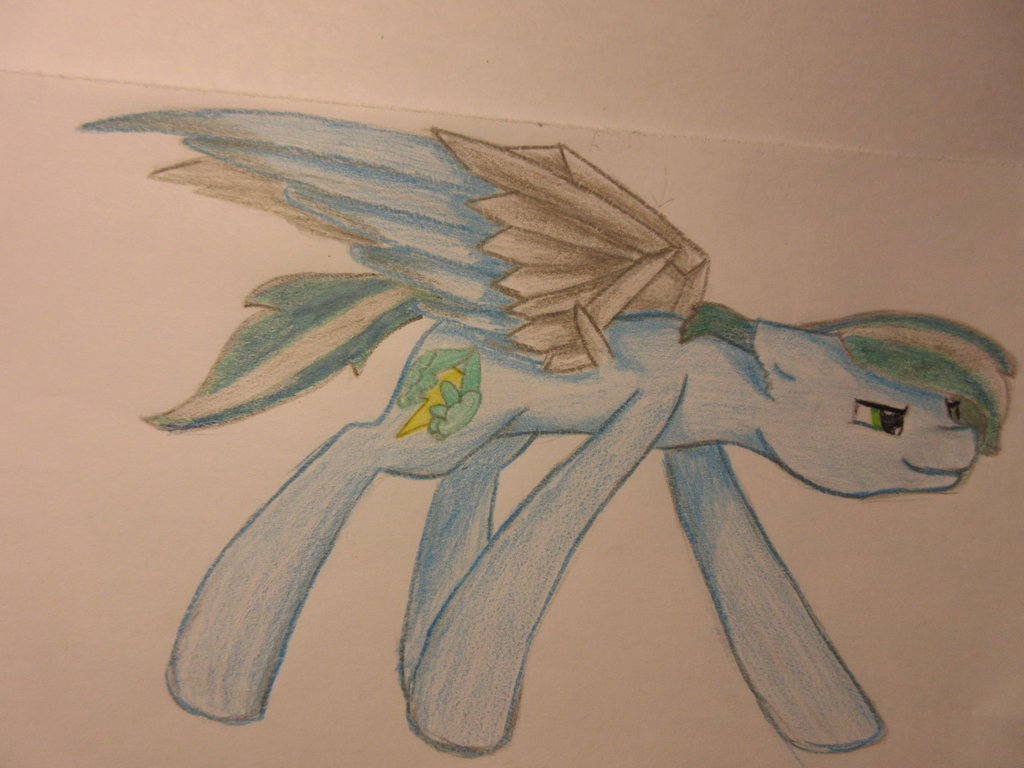 Appearance: look in the "other"

Cutie Mark: the cutie mark represent two wings pointing up and a lighting behind them, it represent how Stealthy Wing is able to fly acrobatically, dodging even without looking.

Personality: he's a kind and generous pegasus, he's always in the lookout for the right thing to do in every situation.