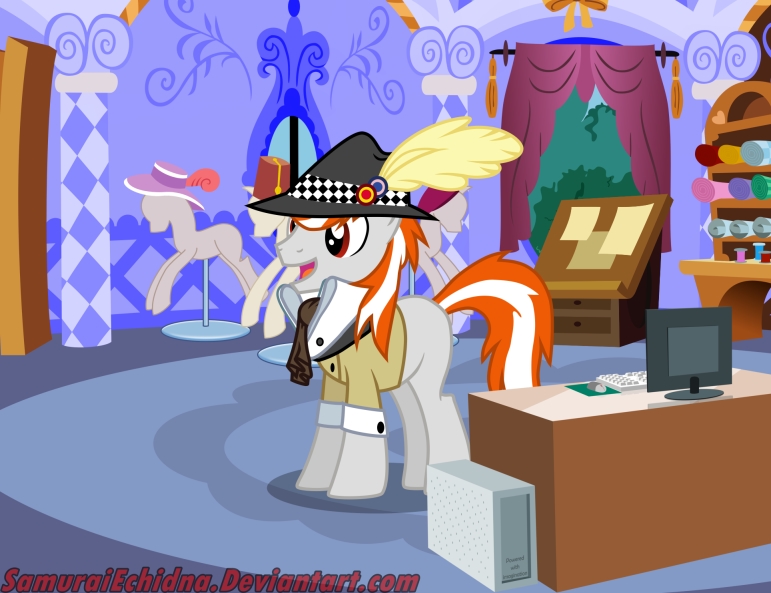 Appearance: He is a light grey pony with dark brown eyes. His mane and tail are two-toned, orange and white. He wears a fedora with a checkered flag print and a large plume, a beige shirt with white collar, and a brown ascot.

Cutie Mark: It's a pair of scissors in front of a hat.

Personality: "Tril" is usually a very nice stallion, outgoing, though sometimes can be over confident and cocky. He likes to think himself a great leader, but he can get a little over board.<br /><br />His talent is making hats, which he does for a living. Hats of all shapes, sizes, and types! He can teach you about the 101 of hats, and he loves making them for whoever wants a hat. There is no pony, look, or fashion that he can't make a hat for.<br /><br />Also, he can sing, really well! But he doesn't care about that.

Backstory: When he was a young colt, he made friends with a few ponies. When his best friend lost a hat and got really sad, Tril quickly made him a new hat, a trilby. His first hat made his friend REALLY happy! His friend's gratefulness touched his heart. This is how Trilby Hatter got his cutie mark and realized his destiny!