Which villains do you relate to? 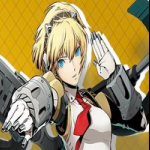 By ShadowPirateX,
September 1, 2014 in General Discussion