Guy with a plushie - reactions/thoughts? 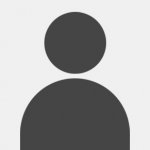