Technology The Nintendo switch is likely to fail because of this... 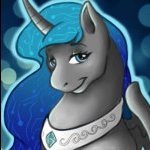