Feeling down because of BAD REVIEWS? read this: 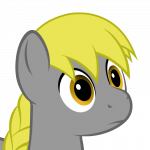