Were you over 18 when the show first premiered? 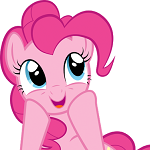 By FirePuppy,
October 24, 2017 in Sugarcube Corner