Sins of the Past: Part 2 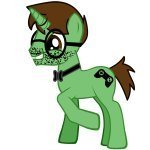