Spoiler What is The Crystal Empire to Celestia's Equestria? 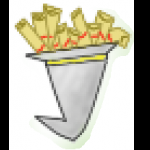