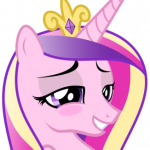 What's The First Piece of Pony Merchandise You EVER Bought, and When?