So, I live in an area that has, for lack of a better word, town deer. While still being, by and large, wild animals, they generally hang around the city and the surrounding areas.

And also, notably, they hang inside the city. It's an interesting phenomenon, really - they're adapted, behaviorally, to the environment to the point where, when a herd is crossing a street, one will actually spot for incoming traffic until it's safe. And, of course, they will cheerfully stroll into your backyard and help themselves to whatever is edible when the need arises.

It wasn't the first time I saw I saw a town deer, or even one in my backyard, since I moved here. While they're not routine visitors, I've got ill-tended greenery, plus an apple tree, and that's apparently enough as far as invitations go. So, last year a deer family showed up, grazing on our cherry bush while I was in the kitchen. Two younguns, by the looks of it, mom helping herself to the apples, another in the picked-over remains of our garden and one by the cherry bush, so I mosey on to the back door to look at the fancy animals like the city boy that I am. So the one by the bush moves forward and starts swinging its hindleg and making an awkward hop and I realize, it's missing a chunk of a leg - not sure how, accident, birth defect, no clue but there it was and we're thinking yep, you're probably gonna be coyote poop by winter's end - I mean, it could barely walk, let alone limp its way back down the street to wherever, but well, that's life on the Serengeti. They hung around a bit for more snacks and disappeared after a couple of weeks.

I went to bed way late day before yesterday - I've been hooked on Avernum lately and finally went to bed around three o'clock or something and had every intention of staying in bed until at least noon. It's my day off, dammit, and I'll waste it any way I want.

A look at the clock, it's nine something. I'm awake almost immediately, force of habit from having to get up early most of the time and look up. The name isn't unfamiliar, it pops up pretty much any time we talk about town deer, so I put some pants on and toddle down.

Sure enough, he's there, with, uh... two young'uns in tow? Apparently he was a she, who knew? Made it through the winter - and summer, apparently -  well enough, by the looks of it. A lot more comfortable walking, too, even if that limp looks uncomfortable as hell, and the kiddlybops look good too. So, here's to another year as not someone's dinner and snacking on my unpicked apples. 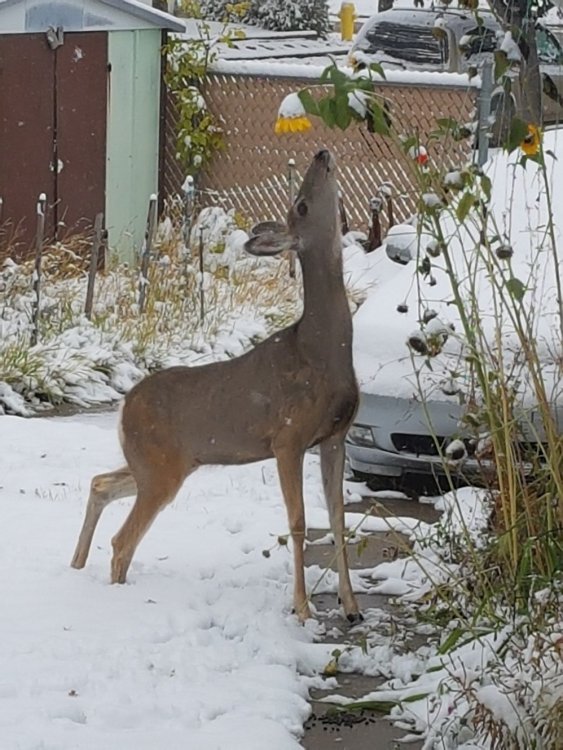 If only I could jump! 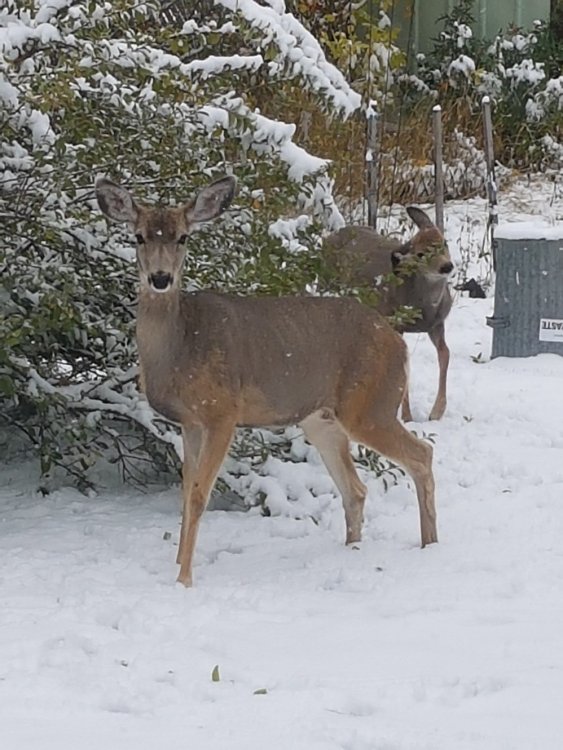 Lol, look at the human. 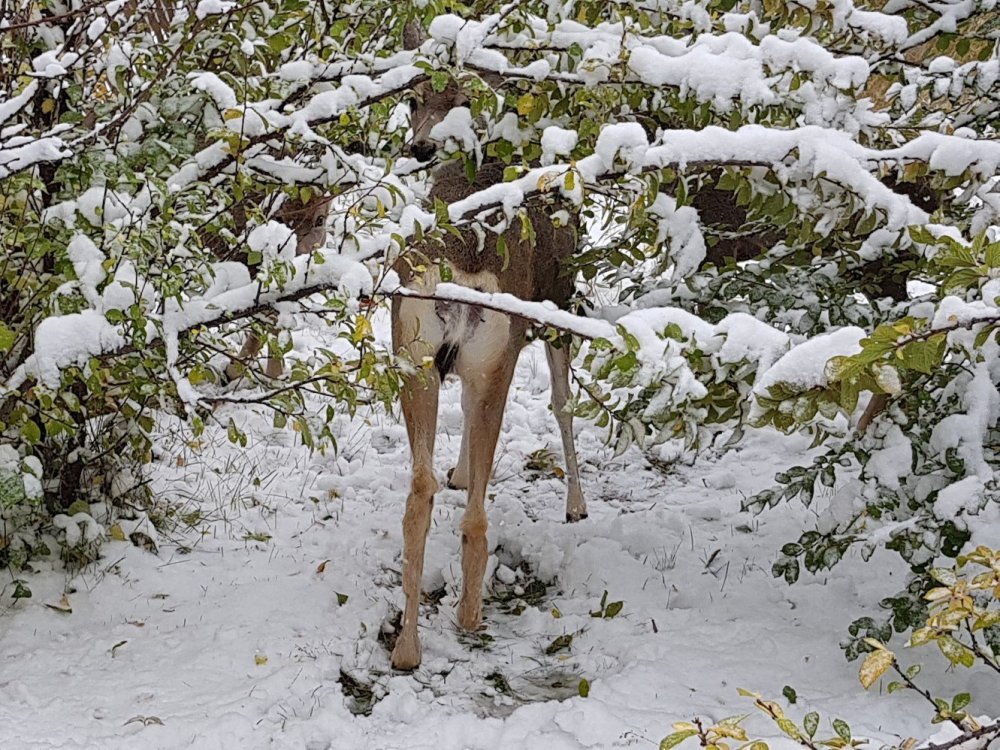