So I for the last couple of years I've ran into a new hobby, collection 3rd party Transformers.

For those who aren't familiar, 3rd party Transformers are unlicensed toys of Transformers often aimed at high-end collectors(those who usually collect Masterpiece TFs), however they are not knock offs, knock-offs are usually counterfeits and bootlegs of existing official toys, some times try to get away with it by oversizing them in hopes of getting away with it. 3rd Party figures, while unlicensed, are usually original molds of existing characters and selling them without emblems and different names, which usually enters a copyright grey area, though is not too different from buying fan-made plushies, statues, etc., of existing characters. And while some 3rd party companies can get pretty cocky and/or dumb and release or reveal figures around the same time as Hasbro which usually can get pretty bad with Hasbro not being afraid to go down hard on them(one example being Unicron), otherwise they're surprisingly lenient on them(though they don't like them), usually still supporting online retailers that sell them, or even attending cons that usually features them.

What makes these figures so special? Accuracy, not just of the G1 cartoon, but also the likes of Beast Wars, the Japanese G1 continuity, the IDW comics, and even the Bayverse shockingly enough being home to some of the best. Some figures feature some complicated but at the same time very impressive engineering while still retaining the integrity of the character's designs, sometimes outclassing the official thing, and 3rd party companies come in many shapes and sizes, and I want to focus on a few (mainly ones I own, though I'm not gonna post pictures of my own because I'm too lazy to go through every figure I have lol)

One of my favorite companies has been Mastermind Creations who both make great figures(mainly base on the comics) with some pretty good transformations and engineering, my first introduction to them was from their Ocular Max series, namely Saltus, their take on Springer. He isn't the only one who exists as other companies have done him, but he's one of my favorite figures and I don't see myself replacing him any time soon 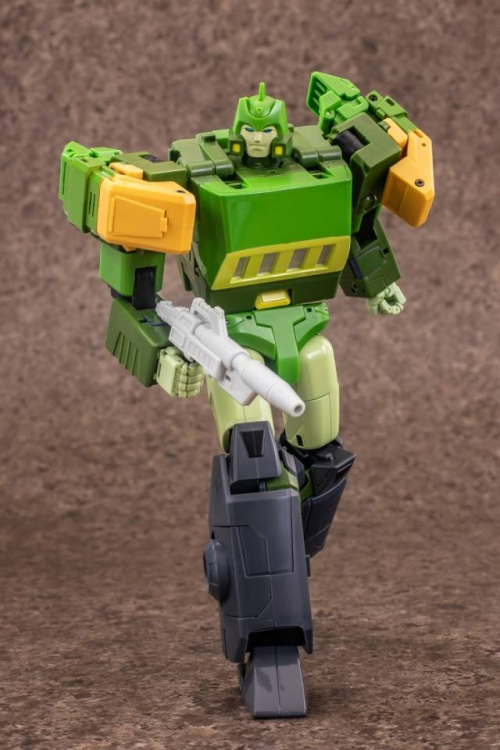 Another one is Azalea, their take on Arcee

One of the better Arcee's on the market, mainly because the company doesn't focus too much on sexualizing her to a creepy degree

Next up, we have one of their most well regarded figures, Sphinx, their Mirage 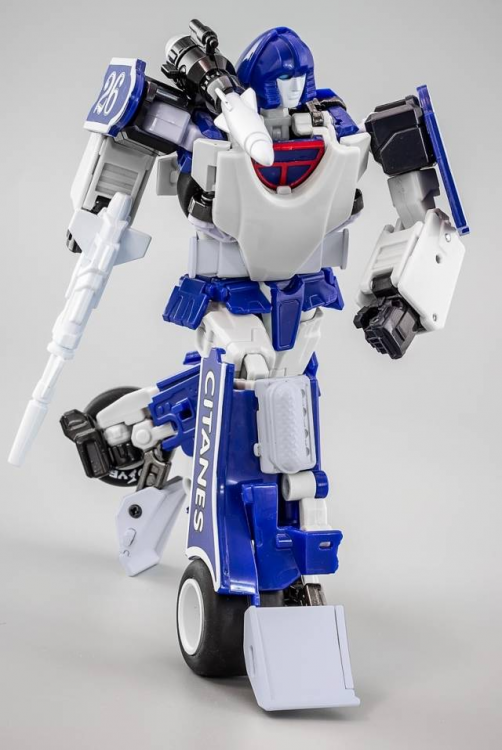 As far as my collection, one my main focus has been completing the original 18 Autobots from S1, and with Hasbro releasing their figures in small spurts of different lines(between G1, Beast Wars and the Movies), it's gonna be a while before they release that entire line(especially when they try to license real cars, which is why some characters are much harder to get like Porsche being difficult to work with, making fan favorites like Jazz and Cliffjumper unlikely for a while). And since I don't see Hasbro releasing Mirage in a while, this guy does a good job of filling that gap.....or did, but more on that later 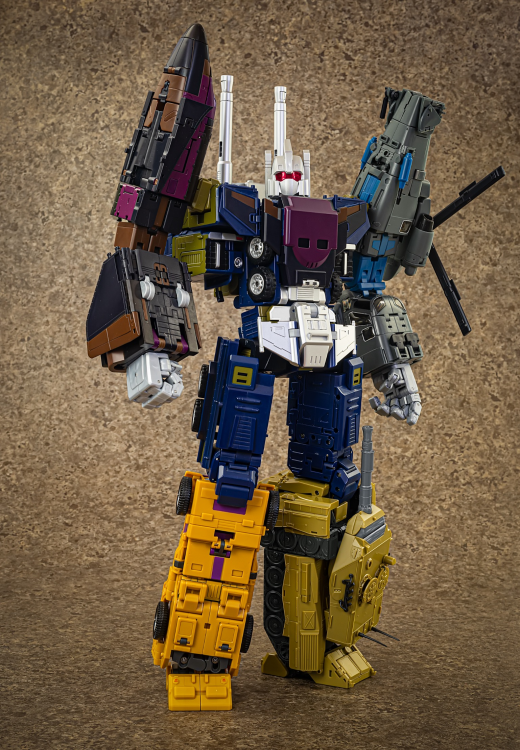 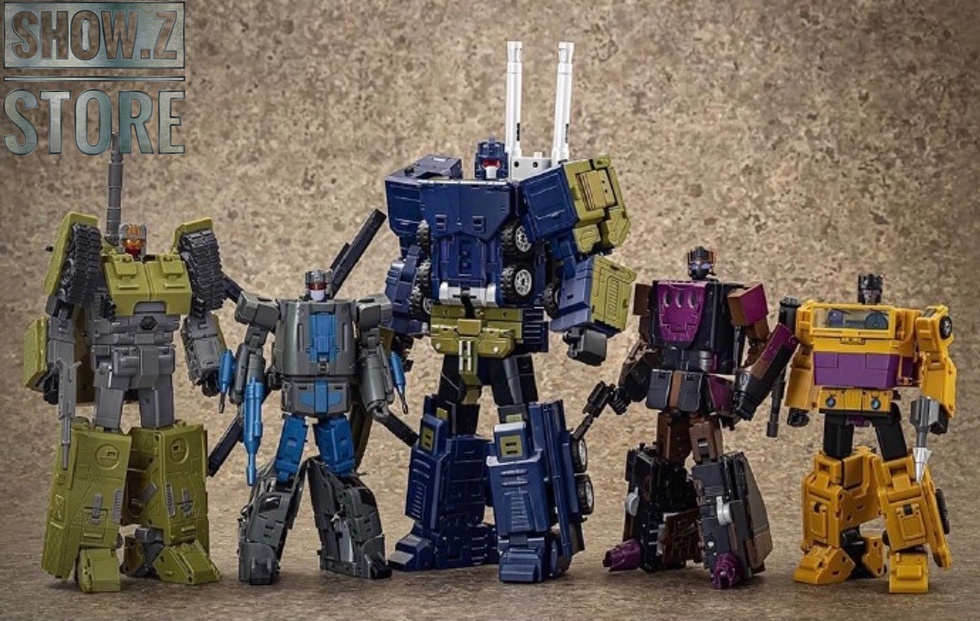 What makes this group so special is that Ocular Max decided to go with an All-In-One gimmick that avoids "parts-forming"(bits you have to add after transforming). While there are some drawbacks(namely Onslaught is a chunky boy) the limb bots are fantastic, and while the combined mode has some issues(some weak ratchets and stability, to the point of needing an upgrade kit), the end result looks bloody awesome

Another company I'm familiar with is DX9, a company that's one of the more mixed out there in terms of quality, but when they get it right they knock it out of the park. 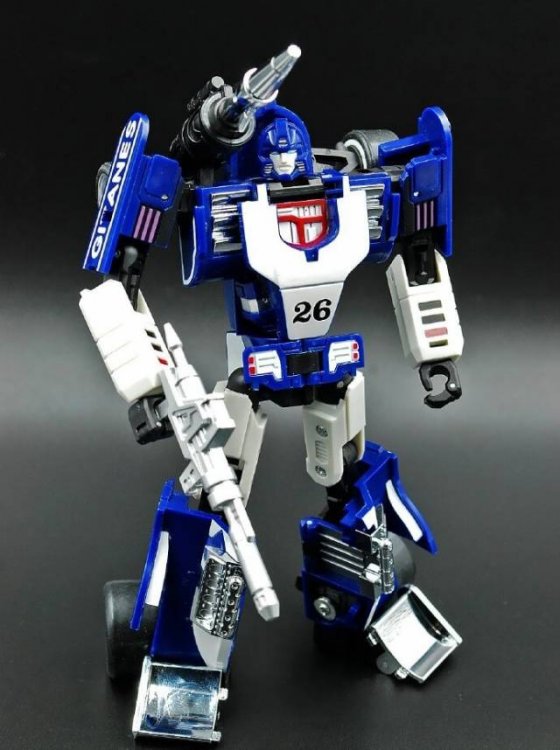 Another Mirage, this time named Invisible, is from DX9, and while there are some things I like about it(love the transformation), but it does look really skinny and doesn't go as well with the MP figures like Sphinx does, and lastly it has trouble standing and unlike Assaultus it doesn't have enough pluses to forgive it. 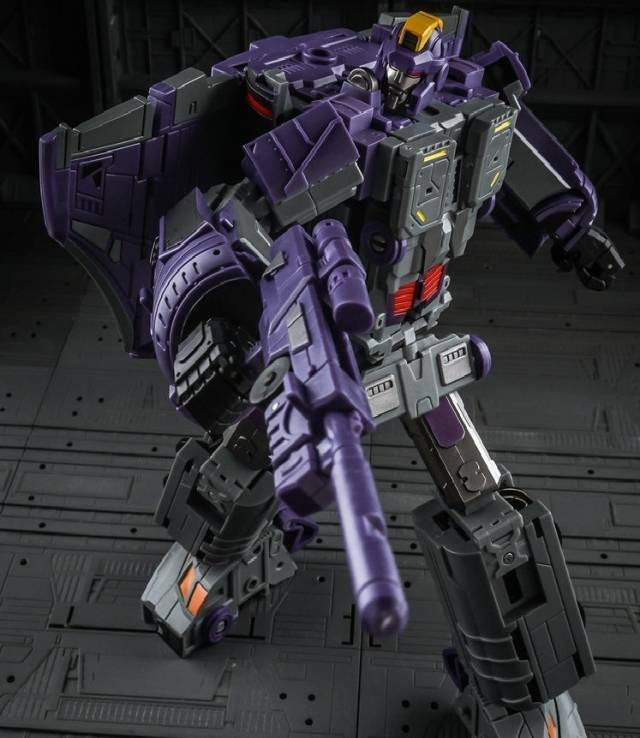 Chigurh is their Astrotrain and like Sphinx it doesn't mesh well with traditional MPs, however, it's a lot more fun to play with and does the job well enough, and goes well with alternative collections with other lines. Though he's not the only Astrotrain and certainly not the best 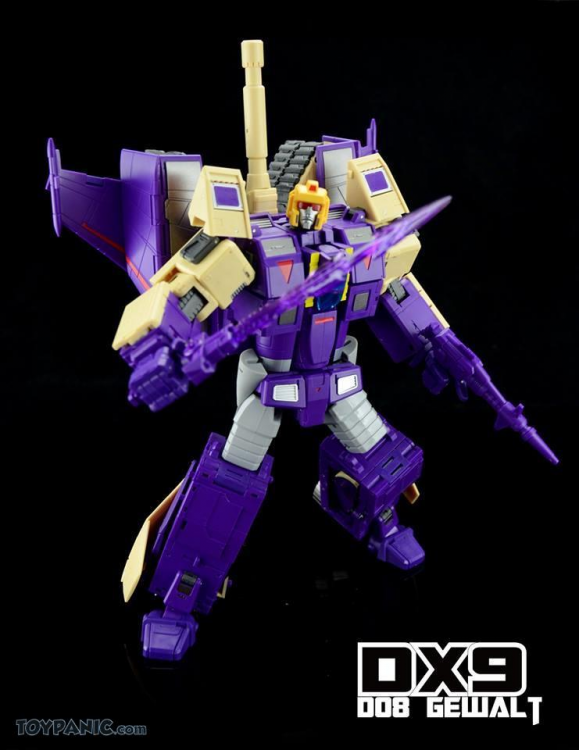 But now we're getting to the good stuff, their absolute beast of a Blitzwing, Gewalt. He has issues like being bigger than Megatron, but damn everything about this guy from his size to his alt modes just screams Blitzwing. There are other Blitzwings(KFC Ditka) out and coming out soon(Fanstoys Berserk), but damn this guy just feels perfect for the character 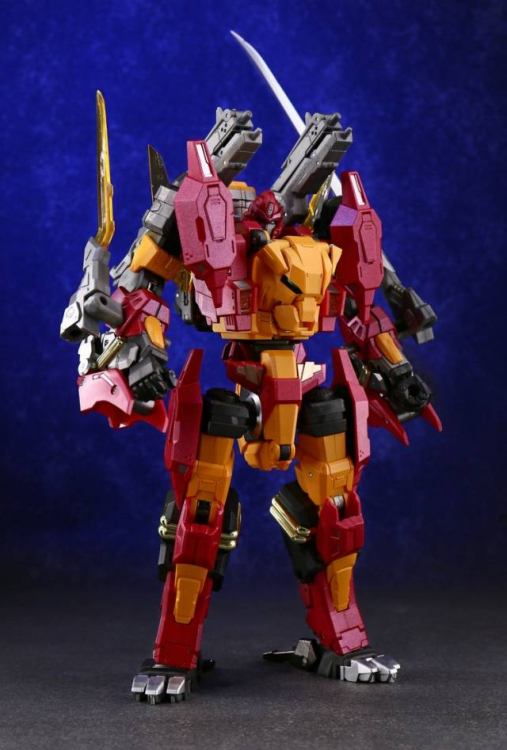 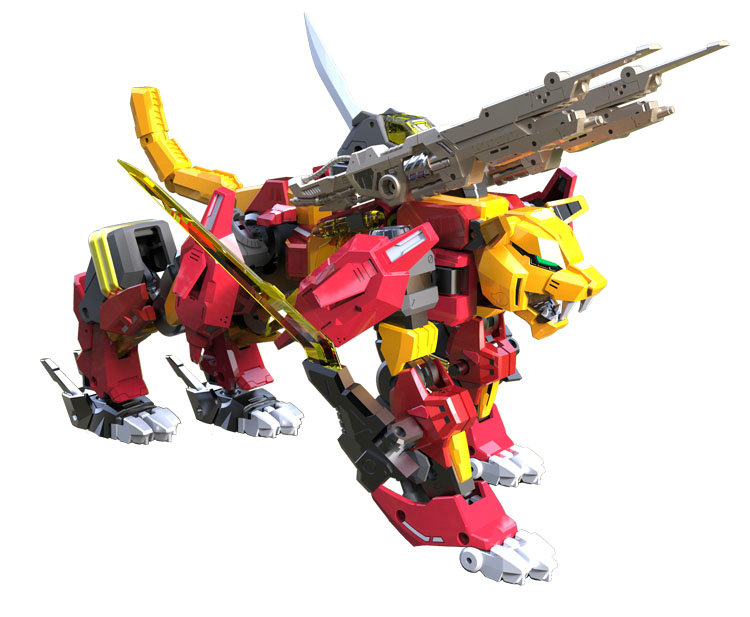 Now for something more interesting, a T-Beast Hot Rod of him as a lion. T-Beast is a fan interpretation G1 characters giving them animal inspired alt-modes ala Beast Wars, and Ancestrod is not the only one of these(other companies have done them of several characters such as Bumblebee, Sideswipe and Starscream) 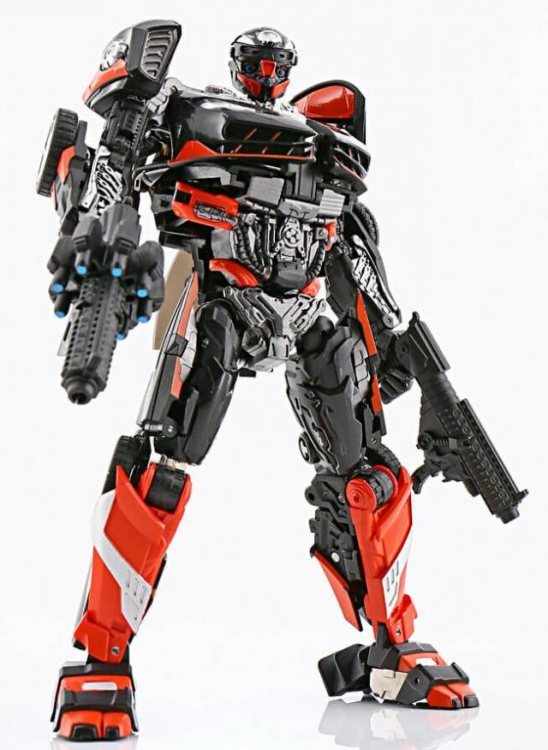 Lastly from DX9 we have La Hire, their Bayverse Hot Rod, and this guy rocks. Despite The Last Knight being a fairly shite film, some of the things 3rd parties have done with these characters are truly something special. He has a fun transformation, better than those of the official toys, a gorgeous car mode, and lots of poseability and fun to play. If you ever want to give the movie figures a chance, this one is a good start

While on the subject of the movies, let's look at Unique Toys, who some fans have called black magic when it comes to their figures 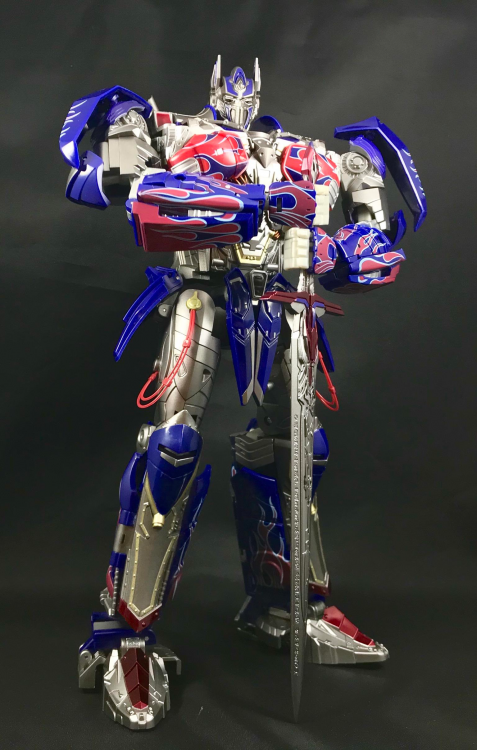 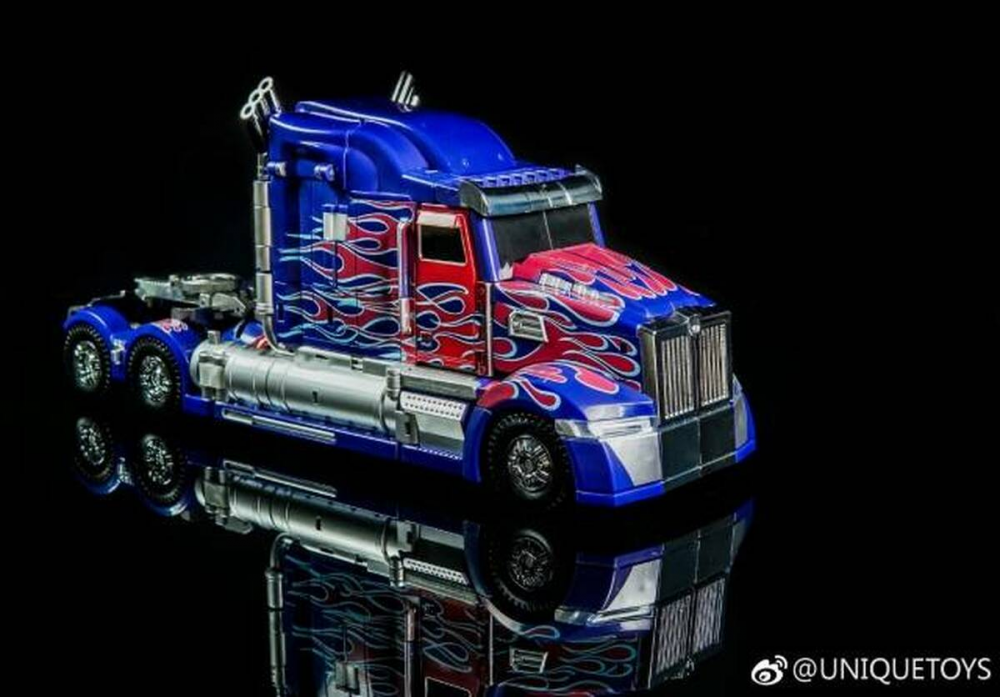 Challenger is their Age of Extinction/The Last Knight Optimus Prime, and to think this guy actually transforms is insane. To this day I still love messing with this guy from time to time. And not only can it transform, it's surprisingly easy yet involved

However, their Dragoon is even more insane. Their TLK Megatron, this guy is Challenger on steroids. Not only is there a ton to the poseability, much like Challenger, through black magic this guy is capable of transforming.

After Unique Toys though, we have Toyworld 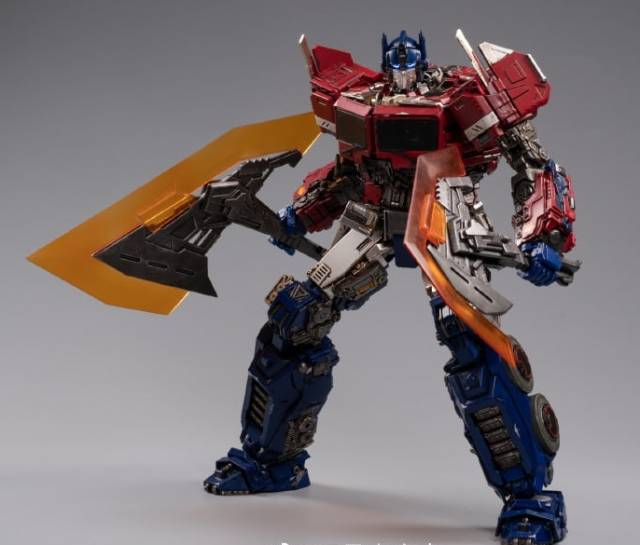 This time going to the Bumblebee movie, they made their Optimus Prime from that movie, this time called Freedom Leader(or Tactics Waistcoat). This figure looks awesome as someone who really wanted this version of Prime and despite some issues like the lack of ratchets and ballpoint joints on the hands, this guy is insanely fun to play with and really looks the part to satisfy. Unfortunately Toyworld doesn't have the black magic of Unique Toys so the transformation is kind of a nightmare, so it's not easy to recommend unless you want to keep this guy in robot mode, which I can easily do

And it looks like that's it for now. I want to do more of these in the future because there's a ton more to talk about, such as Transform Element and their fantastic Optimus Prime, the like of GCreation and Generation toys, Fanshobby and Newage, Zeta Toys, Badcube and especially 3rd party darling Fanstoys, but I'm trying to avoid making a bloated blog and I kinda want to dedicate more of these to certain companies, so I hope to keep this a regular thing, though I'll probably spread this out especially since this collecting hobby can get.....really expensive