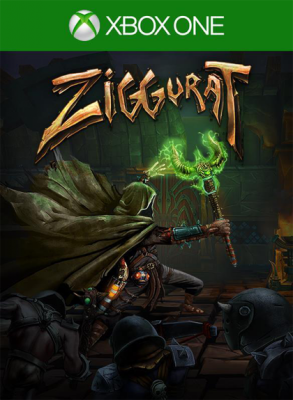 Hello and welcome back to Turbo Reviews! Been a while. Well, I have returned to review more games and such! So let's begin that!

Ziggurat is a rogue-lite FPS surprisingly from Milkstone Studios , a team that brought us the wonderful...uh, Avatar Farm Online and other 'gems'. In Ziggurat you play as one of many different wizards to ascend a tower, defeat baddies, and level up and find new gear along the way. The Ziggurat itself is the test that every wizard apparently goes through to...be a wizard I guess. You shoot a decent variety of enemies with your wand and soon 3 other tools, a spell, a staff, and an alchemy weapon. Each of these weapons have their distinct traits and you will unlock new ones as you play. You get experience orbs from defeating enemies which in turn levels you up and you then choose between two perks to help you through. You also unlock many more of these as you play. 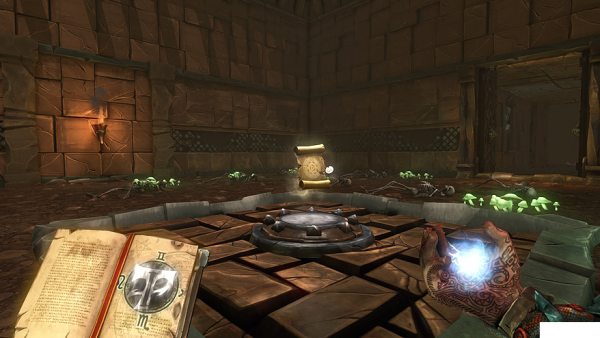 The game definitely has a nice visual appeal.

Speaking of this, this is one of the driving forces to keep playing Ziggurat. As you start, you only have one character to use and a limited amount of perks and weapons overall. As you play though, you will be unlocking many new items and even characters once certain progress based goals are hit. Experimenting with new characters and new perks and weapons is definitely fun though it is all completely random what you get, since everything is randomly generated in each playthrough, ala rogue-lite. You will often get repeats until you unlock more stuff, and even then you may get repeats quite often.

The competence of the controls are very important for a rogue-lite and Ziggurat handles quite well in this regard. Your character has a surprising amount of mobility, with a good jumping distance and unlimited sprint to accompany this. I was surprised by how well my character controlled and I commend Milkstone for achieving this, though the jumping controls take some time to get used to, especially in the limited first person platforming sections, which are uncommon, but also kinda pointless in this type of game. 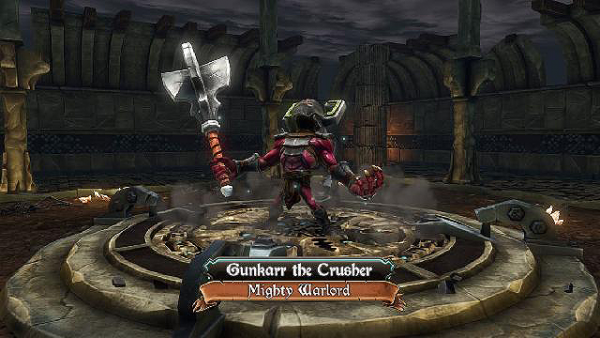 One of the bosses in the game, none of which are spectacular.

The enemies that you fight and how they fight you, is one of my gripes with the game. The enemies here are fairly generic, though there are a decent amount. It seems quite a few enemies rely on the objective of running towards you and whacking you until you die. If they are not doing that, then they are shooting projectiles at you, many of which are homing for no reason. The game also deems it necessary to bombard you with these enemies in certain rooms and given how small some rooms are, it can be near impossible to avoid getting hit, especially since some of the enemies are especially cheap. The bosses fair a bit better but still, they are pretty generic and have bland combat tactics.The way the enemies were handled could have been better but perhaps it was a limitation of the engine, that being Unity.

Speaking of Unity, for it being a game on this engine, the game looks and sounds very well for an indie game of this type. I found the visual aesthetic to be very pleasing to the eyes and the sounds of the game are very nice, with soothing music and great sound effects overall. I really have no complaints in this area. 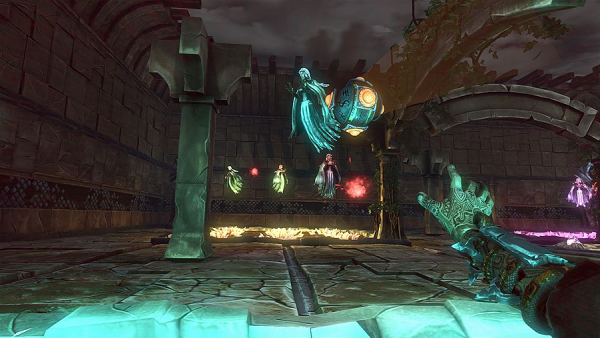 This grenade here is an example of an Alchemy weapon, one of the four weapon types.

One huge praise and also criticism that I must give, are the modes. The game features 4 modes, Easy, Normal, Hard, and Endless. Normal on its own is pretty difficult overall but the game features an Easy mode, where you can play through the game at a much more relaxing pace to get used to the game itself, all while still unlocking things! This mode separates this game from others of the genre as it gives a nice way to get accustomed to what the game has to offer while making progress with unlocks. I commend them for this greatly. However, once you beat the five floors of Ziggurat on normal with a character, you unlock Hard and Endless modes for that character. These modes, are absolutely terrible. Hard mode, while it is called Hard mode, it should be called 'near impossible' mode and it breaks the game in a lot of ways. Hard mode features much more challenge and getting past even the second floor on its own is a feat. The problem is the cheapness in this mode. Because of some of the cheap spawning and random nature of the perks, you have to get very lucky to get through this mode. Unlike Normal and Easy, success in Hard mode relies mostly on getting certain perks and leveling them up to level 5, which of course is random in itself. This makes Hard mode an unbelievably frustrating mess that makes many perks useless, ones that would be good otherwise. Not once did I ever enjoy hard mode and I suggest avoiding it unless you really want an ungodly challenge. Endless mode is the same as hard mode only somehow a bit more difficult and it has endless floors, though good luck getting past the second one. I do think Hard mode should of course be challenging, but the way it is handled here is just far more frustrating than anything. The shining spot to counter this is the Easy mode that I am happy they included, and the fact that you still unlock stuff even upon death, even if dying feels really frustrating in this game. 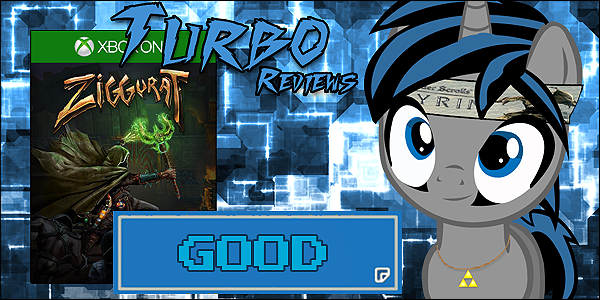 Ziggurat is an interesting title from a team that I did not expect it to be from. It offers a solid rogue-lite FPS experience with tight controls, a good leveling system, and unlocks that will keep you coming back. The game just feels quite satisfying as a whole. It also includes an Easy mode for players wanting to learn the ropes and you still unlock stuff here, which is a great addition. The incredibly bland enemies that have very generic AI is definitely a sore spot and the luck of the draw plays a big role here. Plus, Hard and Endless modes feel wasted here and are much more frustrating than fun. Still, the game manages to be Milkstone Studios best game to date, even if what they have made in the past has mostly been mediocre, but they still have made plenty of amateurish mistakes.

+Plenty of unlock-ables and numerous characters

-Hard and Endless modes are beyond infuriating

-Some terrible perks and characters

Thank you for reading this week's Turbo Review! It feels good to be doing these again. If you are new to Turbo Reviews, I try to post one every Friday, usually at 6pm EST. If you want notifications for all new reviews, you can follow this blog if you wish.

Until next time, Turbo out!