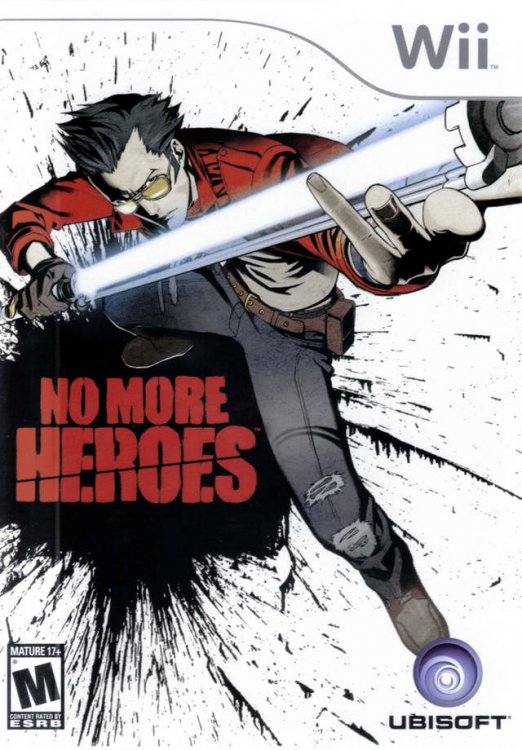 The Wii was an...interesting console to put it best. It was the one 7th gen console to come out without banking on power like the PS3 and 360. On the contrary, it was severely underpowered compared to the other consoles, I'd say it was a little more powerful than the OG Xbox(or 2 Gamecubes taped together, as many people would say). It was all intentional as the Wii's main selling point was the Wii-mote and its motion-controls, which had varying degrees of success. Unfortunately, this would cause many developers to release an avalanche of shovelware, terrible party games, terrible children's games, etc., that all horribly implemented motion controls, relied on waggle, and overall made their games unfun experiences which unfortunately hurt the Wii's overall reputation. On the other hand, under the hands of talented and competent developers, the motion controls would help improve the game's experience and prove to be very memorable. Games like Super Mario Galaxy, Skyward Sword, the Metroid Prime Trilogy, Madworld, light-gun shooters, and ports of titles like Okami, Resident Evil 4, and even the Call of Duty titles proved to benefited from motion-controls.

So what happens when you give the Wii-mote to one of the strangest video game developers in the industry? You get Suda51's No More Heroes, one of the most gloriously violent and over-the-top games on the 7th gen. 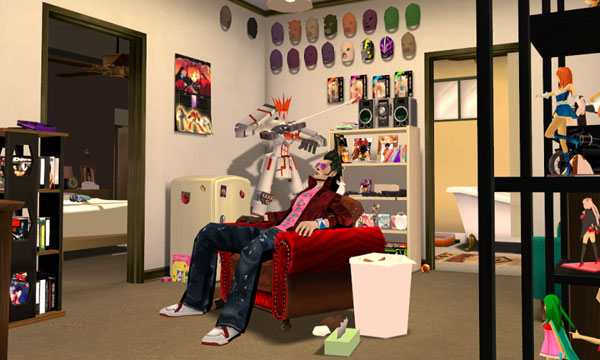 The game revolves around Travis Touchdown, a 27-year-old otaku/gamer/wrestling fanatic from Santa Destroy, California, who decides to become an assassin after he finds himself broke, thanks to a women he meets at a bar named Sylvia Crystal. When he succeeds on his first assassination mission against another assassin named "Helter Skelter", he finds out from Sylvia that he is now the No.11th assassin in the world, and he can become No.1 if he beats the other 10 assassins, to which he agrees. Speaking of beating, Travis also agrees to this in hopes of scoring with Sylvia.

Yeah, the game is as goofy as it sounds. Most of the characters are a blast, and the story is loaded with references from various games(including a jab at Duke Nukem Forever development hell), anime(ganmen-like mechs and scantily-clad anime chicks galore), and wrestling(you'll recognize various popular moves like the DDT and the Tombstone). Travis Touchdown himself turns out to be a pretty likable and honorable guy the farther you progress, despite being a serious pervert. Most of the bosses themselves are both of odd and fun, each with their own interesting personalities and backstories, and the side characters are funny themselves, such as Naomi, Thunder Ryu, and the guy responsible for giving you your odd-jobs(and yes I mean things like mowing lawns and picking up trash). That said there's tons of content in the game that I could see not going well with the easily offended.

Also Travis received his weapon, the Beam Katana, from an internet auction

It's a hack-n-slash game that utilizes motion controls for finishing blows and wrestling moves. Normal attacks utilize both the A-button for your Beam Katana and B-button for stunning enemies, with the c-button for blocking and dodging. Motion controls are used for executing finishing blows on enemies or using wrestling moves on stunned enemies(mimicking said wrestling moves). There's something oddly satisfying about delivering finishing blows, probably because of the gory aftermath that ensues. Sword combat in a whole is fun, though punching people isn't as fun as it sounds, as all you can do is throw one weak punch or charge and throw a really slow punch in hopes of stunning enemies, though using your grapples are more than worth it. There's also a roulette on the bottom that appears after every kill, sometimes it's a dud and sometimes you gain temporary powers such as throwing energy balls at enemies, becoming a "Super Travis" and slowly, but awesomely eliminate foes one by one, and etc. Also your Beam Katana is run on batteries, and when you run out of battery, you have to shake the Wii-mote to recharge it. It looks stupid, but hilarious. While we're on the subject of combat, the Bosses in this game are an absolute blast, and easily the game's highlight. Each boss are intense and require understanding of their attack patterns to beat them. Even ones that sound boring like Dr Peace(who fights with two simple revolvers) is surprisingly fun, and then there's the likes of Shinobu, Henry, Bad Girl, and even the intro boss Death Metal, who easily rank among the game's best. Only other problem with the combat is that most generic enemies don't have much variety, either they have weapons, guns or they don't have anything, and enemies with Beam Katanas are tougher than normal enemies. But it's not enough to diminish the fun of combat especially with how satisfying finishing blows and wrestling moves are.

The other portion of the game is the world map, which is unfortunately where most of the game's problems lie. Before and after every fight you have the option to travel the city of Santa Destroy to earn money for the next fight registration, as well as money for various other things like clothes, or video tapes to learn new wrestling moves. There's also the bar where you meet Lolikov who teaches you new skills and manuvers after finding 7 Lovikov Balls, Thunder Ryu who trains you which helps build strength and health, Naomi, who upgrades your Beam Katana or buy new ones, the video store Beef Head where you buy your wrestling videos, Area 51 for buying apparel, and then there's the Job Center for jobs and the K-Entertainment for assassination missions. On paper this doesn't sound too bad, but the problem however is that traveling Santa Destroy is absolutely no fun. All of the interest points, apart from time trial assassinations and ranked fights, are all clumped together into one area making it needlessly large to travel with very little to do. Only thing to do with the large space is to look for is to either search for collectables, Lovikov Balls, and give you space to do your jobs. While we're on the subject of jobs, none of them are very fun, they're all mostly just trivial odd-jobs like mowing lawns, picking up trash, finding lost cats, etc, and are just really boring to do, thankfully they aren't the only way to gain money, as it's preferred just to just do assassination missions, which are more fun and you gain more money for every kill you make.

Save points in the game are toilets, where Travis will go take a dump and the game will ask you to save. Because of this, every time I go use the bathroom, I say I'm gonna save the game.

No More Heroes compensates for the Wii's low power by going for a cel-shaded artstyle which works in the games favor. The visuals character models and locations look great even with the Wii's limitations and the violent style of the violence, blood and gore makes gives it its charm. In contrast, I feel the the HD port of the game, "Heroes' Paradise" loses a lot of the game's original visual appeal, despite how "updated" everything looks.


Game's soundtrack is composed by Masafumi Takada, who's also known for other soundtracks like God Hand and Suda51's Killer7. I'll let the two songs above speak for the soundtrack, there are plenty of other stellar songs in the game like Mach 13 Elephant Explosion, Steel Python, and the game's main theme. The game also features some great voice acting, with notable voice actors like Robin Atkin Downes(Travis himself), Quinton Flynn(Henry), and Josh Keaton(Destroyman), just to name a few.

Overall, despite some pretty notable problems, they're pretty easy to look over as the rest of the game holds up very well. If you have a Wii or a Wii U, I recommend giving this game a shot as I feel it's very well worth getting if you can look past it's blemishes.

PS. I am aware about Heroes' Paradise on the PS3, despite having more content and an HD upgrade, I still say it's better to get the Wii version instead since from what I remember, the PS3 version preforms worse