There is always one game every now and again that just goes against every possible expectation you might have had. Then there are games where you had no expectations whatsoever, yet it still manages to blow the non-existent expectations away and that is a glorious feeling. This time, for me, it was Thomas Was Alone, a platform puzzle game that surprised me beyond belief. 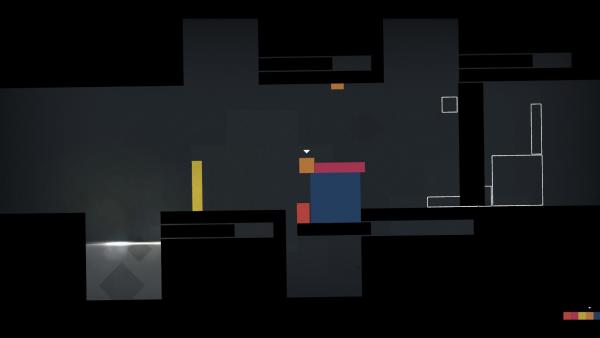 Thomas Was Alone, is a platform puzzle game with a sort of minimalist style. You control Thomas, who is just a simple square, in a 2D space, where you will move, jump and solve different puzzles to complete the levels. You will also control other squares and rectangles over time and these have their own size proportions and abilities. As you move through the stages, the story is narrated to you by Danny Wallace and he has a very pleasant voice. He is the only voice you hear throughout the entire game yet I found him to be very soothing. 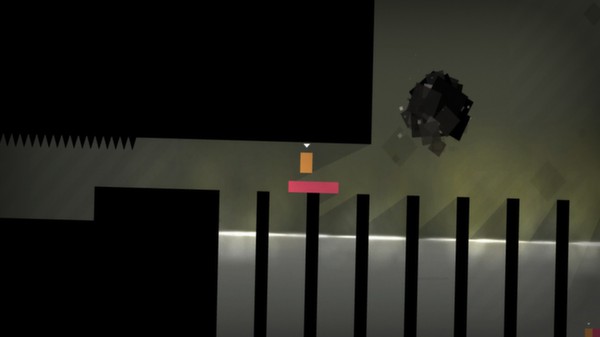 Being a 2D game, the controls are very basic. You move, you jump, you hit switches at times and that is kind of it, but the way these are implemented feel superb. The game gives you a sense of progress as each stage gets progressively more and more tricky, though there are some dips in difficulty here and there. The game controls really well, albeit with some finicky aspects in the later stages. It is nothing game breaking, but sometimes your timing has to be near perfect to make some of the jumps, though eventually you will get the hang of it. The game fairs well overall in the control department.

The visual style is very simple, yet, incredibly endearing. The very smooth and vibrant colors help shape the atmosphere for the world you are in. When the stages are dark, you feel a sense of isolation that many games try to give but fail. This game lives up to its name quite well at parts. 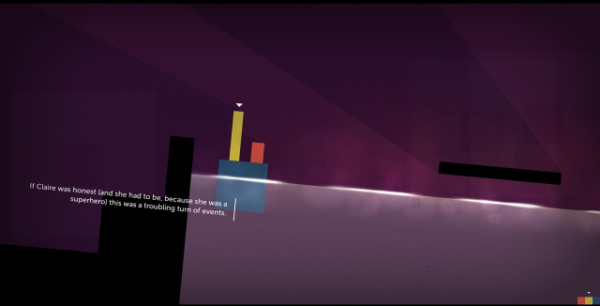 Then there is the music. The music here is incredible. Absolutely wonderful. Most of it is ambient in nature and no tracks get particularly intense, but this works perfectly for the style of the game. The music here is some of the most pleasant tracks I have heard in a video game and it just keeps you going even if you are having a tough time on a stage.

Really, if I have to say a couple negatives, it would be the sometimes finicky controls later on and the game, while an enthralling experience, is a bit short. The game can be completed in one long play session or two sessions. The game has little collectibles to get but there are not very many and they don't increase the replay value any, but the game itself is so good that I might be playing it at least 5 or 6 times more. 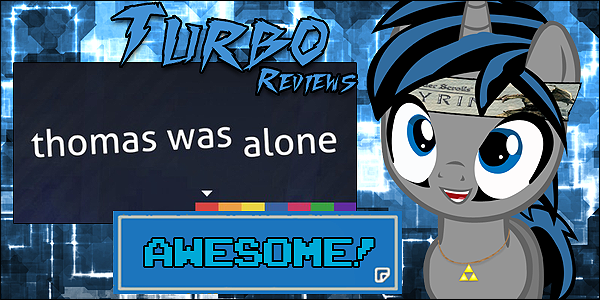 Thomas Was Alone has to be one of the biggest gaming surprises for me. With such a simple concept, the developers were able to make me feel attached to the story of little squares traversing through a digital world. Though the game is on the short side and the controls can be a bit cumbersome later on, I just wanted to keep playing until I had finished everything this game has to offer and I still want to go back. The story might be a bit hard to follow, but the soothing voice of the narrator will at least relax you. Give this game a shot if it looks like it will appeal to you, I am sure you will be surprised.

+The narration is incredibly well done

-The game overall is short

-Controls are a bit finicky in the later stages

Thank you for reading! This game was such a breathe of fresh air and if you see it on sale and have any curiosity, don't pass it up.