there from all the episodes and calculate a score to each character based on the score the episodes got from those polls. What i did was to get score for each episode the polls had 5 choices so every vote in lowest option was -2 points then -1, 0, +1, and best option +2 points divided the total by the number of total votes and got the score of the episode. 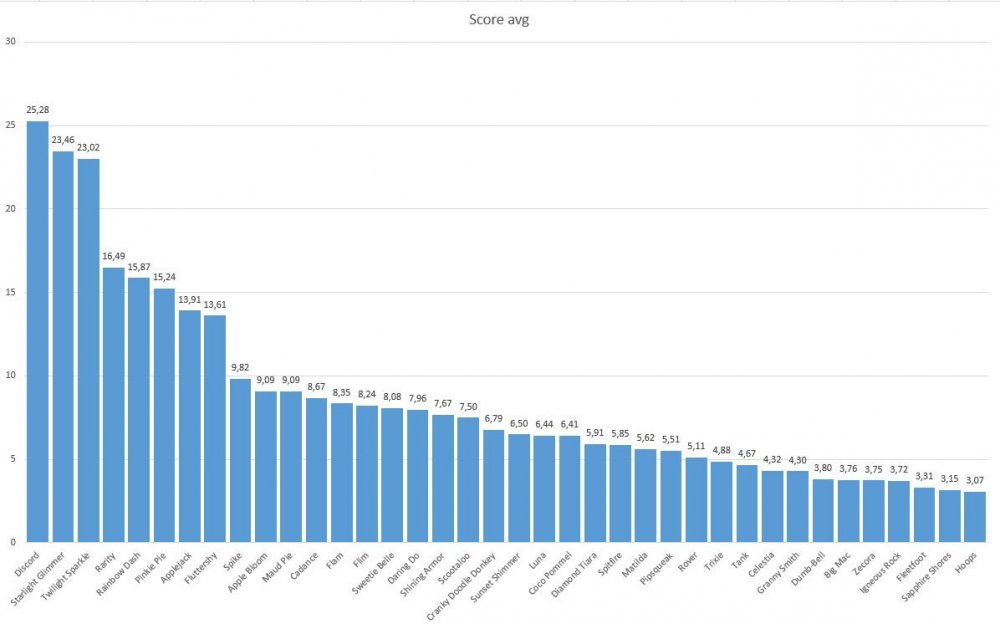